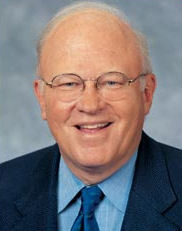 Few people have influenced the day-to-day management of people and companies more than Ken Blanchard. A prominent, sought-after author, speaker, and business consultant, Blanchard is universally characterized by his friends, colleagues, and clients as one of the most insightful, powerful, and compassionate individuals in business today. Blanchard is one of the most influential leadership experts in the world and is respected for his years of groundbreaking work in the fields of leadership and management. Blanchard’s lifetime of study has taught him that nothing allows organizations to compete more aggressively than people who are committed to common goals. Employees don’t come to work to fail; in fact, they long to succeed, and helping them to be the best they can be is the underlying strength of every successful organization. Blanchard gives life to timeless truths that drive success in today’s business world. He is a polished storyteller with a knack for making the complex easy to understand. His insights on leadership, teams, self-leadership, customer service and organizational change invoke the humanness of management. Few people have created more of a positive impact on the day-to-day management than Blanchard. The One Minute Manager has sold 17 million copies worldwide and still regularly appears on best seller lists, and he’s written or co-authored over 30 books since, with 16 best sellers including, The Power of Ethical Management, Full Steam Ahead!, The Leadership Pill: The Missing Ingredient in Motivating People Today, The Secret and his The One Minute Entrepreneur.

The Secret
The Secret of great leaders is one that might baffle many. Great leaders serve their followers. Through this program, you will discover and explore the five fundamental ways a manager leads through service- see the future, engage and develop others, reinvent continuously, value results and relationships, and embody values. In understanding these simple principles, you will benefit yourself, your organization, and those that look to you for guidance.

Engage and Develop Others

Servant Leadership
Within the traditional pyramid or business hierarchy, the boss is always responsible and the staff is supposed to be responsive to the boss. When you turn the pyramid upside down, those roles get reversed. People become responsible and the job of management is to be responsive to their people. That creates a very different environment for implementation. If you work for your people, then what is the purpose of being a manager? To help them accomplish their goal. Your job as a manager is to help your staff win.

Whale Done!™
What does the training of killer whales at Sea World have to do with motivating people? It’s a matter of building relationships. This new training program will teach you why and how to improve relationships by applying the following three key principles: Build Trust, Accentuate the Positive and Redirect the Energy.

Team-building – High Five!
What is the essence of a team? According to management gurus Ken Blanchard and Sheldon Bowles, “It’s the genuine understanding that none of us is as smart as all of us. Putting your needs, your pride, and your agenda on hold and letting the team’s needs, pride, and agenda become your priority is an essential step in developing teamwork,” they say. 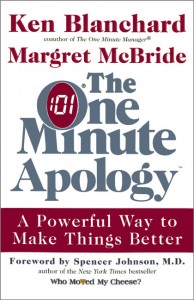 Few people have influenced the day-to-day management of people and companies more than Dr. Ken Blanchard. A prominent, sought- after author, speaker, and business consultant, Blanchard is universally characterized by his friends, colleagues, and clients as one of the most insightful, powerful and compassionate individuals in business today. Blanchard is one of the most influential leadership experts in the world and is respected for his years of groundbreaking work in the fields of leadership and management.

When Blanchard speaks, he speaks from the heart with warmth and humor. He is able to speak to an audience and communicate with each person as if they were alone and talking one-on-one. Blanchard is a sophisticated storyteller with a knack for making the seemingly complex easy to understand.

Blanchard is the cofounder and chief spiritual officer of The Ken Blanchard Companies®, an international management training and consulting firm that he and his wife, Margie Blanchard, began in 1979 in San Diego, California. In addition to being a renowned speaker and consultant, Blanchard also spends time as a visiting lecturer at his alma mater, Cornell University, where he is a trustee emeritus of the Board of Trustees.

Blanchard has received many awards and honors for his contributions in the fields of management, leadership and speaking. The National Speakers Association awarded him its highest honor, the “Council of Peers Award of Excellence.” He was inducted into the HRD Hall of Fame by Training magazine and Lakewood Conferences, and he received the Golden Gavel Award from Toastmasters International. Ken also received The Thought Leadership Award for continued support of work-related learning and performance by ISA—The Association of Learning Providers. Blanchard has been inducted into Amazon’s Hall of Fame as one of the top 25 best-selling authors of all time. The business school at Grand Canyon University bears his name. In addition, Blanchard teaches students in the Master of Science in Executive Leadership Program at the University of San Diego.

Born in New Jersey and raised in New York, Blanchard received a master’s degree from Colgate University, and a bachelor’s and PhD from Cornell University. An avid golfer, Blanchard belongs to the Loch Lomond Golf Club in Scotland.