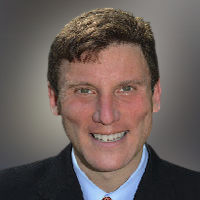 Bruce is widely considered among the foremost experts on workplace management, a thought-leader, and one of the top management trainers in the world.   He is internationally recognized as the leading expert on young people in the workplace and one of the leading experts on leadership and management.  Bruce is a best-selling author, an advisor to leaders all over the world, and a sought after keynote speaker and management trainer.

Since 1993, Bruce Tulgan has delighted audiences in nearly a thousand keynote speeches all over the world, addressing hundreds of thousands of people in organizations ranging from Aetna to Wal-Mart, from the Army to the YMCA. Bruce consistently receives rave reviews and has been among the

top-rated speakers at conferences in just about every industry. His keynote speeches are a blend of compelling insight, laugh-out-loud humor, and concrete best practices that participants can take back to work and use immediately. Bruce delivers keynote speeches ranging from forty-five minutes to two hours.  Bruce has also trained tens of thousands of leaders, managers, supervisors and non-management employees in hundreds of organizations. Bruce is widely considered among the foremost experts on workplace management, a thought-leader, and one of the top management trainers in the world. We offer thousands of proven best practices organized into more than 90 hours of prepared classroom content. And participants work together on the application of those proven best practices to their own real life challenges in the workplace. All of our workshops can be customized for groups of any size and formats can be adjusted for time-frames of three hours, four hours, one day, two days, or three days.

It’s Okay to Be the Boss™: The Step by Step Guide to Becoming the Manager Your Employees Need
Back-to-basics management for all leaders

It’s Okay to Be the Boss™, the Next Steps: Focus on the More Difficult Cases
Advanced back-to-basic management

It’s Okay to Manage Your Boss™: The Step-by-Step Program for Making the Best of Your Most Important Relationship at Work
Back-to-basics boss management, for all employees

Not Everyone Gets a Trophy™: How to Manage Generation Y
Bringing out the best in young talent

Since 1995, Bruce has worked with tens of thousands of leaders and managers in hundreds of organizations ranging from Aetna to Wal- Mart; from the Army to the YMCA. In recent years, Bruce was named 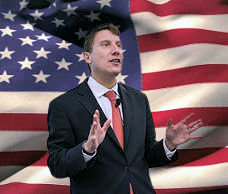 by Management Today as one of the few contemporary ﬁgures to stand out as a “management guru” and he was named to the 2009 Thinkers50 Rising Star list. On August 13, 2009, Bruce was honored to accept Toastmasters International’s most prestigious honor, the Golden Gavel. This honor is annually presented to a single person who represents excellence in the ﬁelds of communication and leadership. Past winners have included Stephen Covey, Zig Ziglar, Deepak Chopra, Tony Robbins, Ken Blanchard, Tom Peters, Art Linkletter, Dr. Joyce Brothers, and Walter Cronkite.

Bruce lectures at the Yale Graduate School of Management, as well as other academic institutions, and his writing appears regularly in human resources, stafﬁng and management journals, including a regular column in Training Magazine, ‘Sticky Notes’, and a regular column in the Hufﬁngton Post. His writing has also appeared in dozens of magazines and newspapers including the Harvard Business Review, BusinessWeek, HR Magazine, the New York Times, the Los Angeles Times, and USA Today. As well, his work has been the subject of thousands of news stories around the world.

Before founding his own company in 1993, Bruce practiced law at the Wall Street ﬁrm of Carter, Ledyard & Milburn. He graduated with high honors from Amherst College, received his law degree from the New York University School of Law, and is still a member of the Bar in Massachusetts and New York. Bruce continues his lifelong study of Okinawan Uechi Ryu Karate Do and holds a sixth degree black belt, making him a Renshi master of the style. 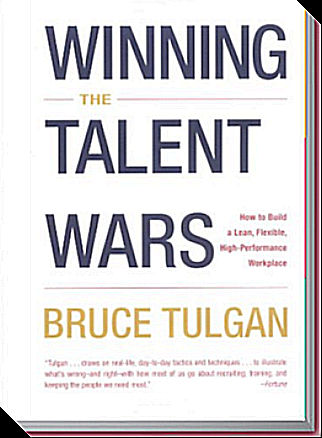