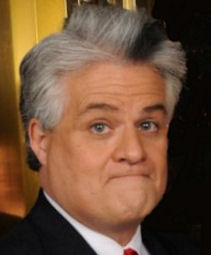 Gary Alan is known for is his celebrity impersonations. Considered one of the top “Jay Leno” artists in the business, he has performed all across the country including the MGM, Mirage, and Stardust hotels in Las Vegas. Using his uncanny resemblance to “The Chin” and his gift of mimicry, he brings his version of “Jay Walking” or “The Monologue” to delighted audiences around the country. Looking for an announcer, narrator, spokesperson, host, or emcee? Gary Alan is a show-stopping show-business talent who has entertained audiences for 25 years.

The key to Gary’s successful longevity in this competitive industry is his overwhelming likeability, his high standards of professionalism and his extensive training in improvisation; this combination insures the success of any event. Add to this Gary’s razor sharp wit, comic timing and mastery of character and cartoon voices, and you have absolute magic on the stage.

The Tonight Show
From the opening monologue to Jay Walking and Headlines, to the company VIP interviews, it’s the perfect way to get your message across.

Awards Banquet
“Jay” will add just the right touch to your next event.

Got Game?
Have fun with Gary Alan as Jay Leno as your ultimate game show host.

Fundraiser
Need to raise money? Let Gary Alan bring the humor of Jay Leno to your event, and as your emcee he’ll put your fundraiser over the top.

Meet and Greet
Jazz up your red carpet with some Jay Talking.

Gary Alan is a show stopping talent that has been in show business for 25 years. If you are looking for an announcer, narrator, spokesperson, host, or emcee, then you can call off the hound-dogs because you have found your man. The key to Gary’s success is his overwhelming likeability, his high regards to professionalism, and extensive training in improvisation that insures the success to any event. Also his razor sharp wit, comedy timing, and mastery of cartoon and character voices, delightfully lend themselves to the magic he provides on stage.

Gary is most noted for is his celebrity impersonations. He is considered one of the top “Jay Leno” artists in the business. As “Jay Leno”, he has performed all across the country including the MGM, Mirage, and the Stardust Hotel in Las Vegas.

Mr. Alan began his career with improvisational training and performing at the “Groundlings Theater” in Los Angeles. Which is also the same theater that so many of the “Saturday Night Live” performer received their training. Armed with a good foundation in improv, Gary moved onto radio where he became a south Florida favorite host in many forums: news, talk, sports just to name a few. Along with working at the radio stations, Gary worked as a stand up comic and built an extensive resume of commercial voiceovers.

Today, Gary is in high demand in Las Vegas where he hosts numerous conventions, shows, and fund raisers. With all of his experience, Gary Alan is a sure bet that he will bring to you, a professional and lasting entertainment that you expect for your next event. 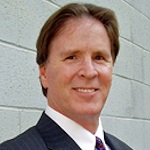