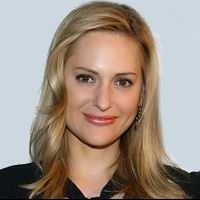 Aimee Mullins is a remarkable athlete, actress, fashion model, and well respected motivational speaker. Born with fibular hemimelia (missing fibula bones) she had to have both of her legs amputated below the knee when she was only one-year-old. Today Aimee revels in the continuous exploration of what is possible. She has developed her own unique formula for creating the “invented life,” fashioned from her unique combination of life experiences as an Olympic athlete, ground-breaking high fashion model, a beacon for design tech, dedicated advocate and avant-garde actor.

Aimee delights in the sharing what she has learned over the years to help others shatter perceived limitations and reinvent themselves. In a warm, engaging and approachable style, she offers insightful, actionable and powerful guidance to corporate and consumer audiences worldwide. Aimee is a born story-teller, Renaissance woman, and an inspirational icon for achieving the “impossible.”

Seeing Opportunity in Adversity
As the pace of business accelerates and established industries spin off, evolve, or die, executives face a world far more complex than that of even a decade ago. Competition, technology, paradigm shifts, and globalization make “business as usual” more like “crisis as usual.” As organizations face these challenges, leaders must continually decide how to respond. Turning away is not an option… so how can challenges be addressed in new ways? How can adverse conditions be viewed with curiosity and wonder? Is it possible for your business to thrive when your industry overall is in survival mode?

Aimee Mullins will share how she has chosen to answer these questions and how every individual can adopt the mindset that adversity and change are not to be dreaded, but actually welcomed as exciting parts of today’s “new normal.” From this vantage point, Aimee will share how she creates her path to success by taking the audience on a journey through some of the critical decision points she faced in her life—a life that has seen experiences at the Pentagon, the Olympics, in business, acting, modeling, and as the President of the Women’s Sports Foundation. Most importantly, through Aimee’s experiences, listeners will see their personal and professional challenges through a powerful new lens and learn to respond to them in even more authentic, effective and meaningful ways.

Personal Leadership
How to exemplify fearlessness in the face of change and challenge, and how to instill that quality in others. Fear, uncertainty, and insecurity exist — and although we all experience those debilitating feelings at certain times — we can choose instead to proactively move through our challenges with an eye toward a positive outcome, ultimately finding the hidden gem that is the key lesson to be shared from every challenge. Aimee shows us how putting our egos aside can reveal to us a deeper sense of our own power, determination, and ability. With a strong personal foundation based in self-accountability, a leader inspires others by infusing energy through their own example.

Redefining Our Own/Our Disability
Everyone has their “disability,” what they feel is their disadvantage in their personal or professional life. By understanding the partnership between what we perceive as our deficiencies and how they shape and enhance our creative capacity for problem solving, it gives us a different point of view; we can re-imagine ourselves as enabled. This shift in attitude is an important tool in developing business acumen. Moving from a sense of being disadvantaged to one of having a unique perspective and expanding possibility is the foundation of success.

Alternatively, in lieu of a traditional presentation format, Aimee is often hosted for an interactive, hour-long open Q&A format with a moderator and the assembled audience, especially when audiences include children or are open/promoted to the public. She finds that audiences truly enjoy the opportunity to engage in a free-ranging question and answer session, drawn from their own lives and challenges, and Aimee enjoys the dynamic, highly personalized format. The result is the creation of a truly one-of-a-kind experience.

Aimee’s film debut was a starring role in the highly acclaimed film by contemporary artist Matthew Barney, Cremaster 3, first presented in the US at the Guggenheim Museum in 2003. Cremaster 3 is “an astonishing work of creativity,” and was lauded by The Guardian as “the first truly great piece of cinema to be made in a fine art context since Dali and Bunuel filmed Un Chien Andalou in 1929. It is one of the most imaginative and brilliant achievements in the history of avant-garde cinema.”

Currently starring as Isis, she continues her work with Barney in Ancient Evenings, an adaptation of Norman Mailer’s novel of the same name. Chronicling the seven stages of a soul’s journey from death to rebirth, each chapter, while filmed, will also be accompanied by a one-time only live performance. They recently performed Khu, the second chapter, in October 2010 in Detroit.

Aimee first received worldwide media attention as an athlete. Born without fibulae in both legs, Aimee’s medical prognosis was discouraging; she was told she would never walk, and would likely spend the rest of her life using a wheelchair. In an attempt for an outside chance at increased mobility, doctors amputated both her legs below the knee on her first birthday. The decision paid off. By age two, she had learned to walk on prosthetic legs, and spent her childhood doing the usual athletic activities of her peers: swimming, biking, softball, soccer and skiing, always alongside “able-bodies” kids.

After graduating high school with honors, Aimee was one of three students in the US chosen for a full academic scholarship from the Department of Defense, and at age 17 became the youngest person to hold a top-secret security clearance at the Pentagon. She worked there as an intelligence analyst during her summer breaks.

It was at this time that she rediscovered her love of competitive sports. While a dean’s list student at the prestigious School of Foreign Service at Georgetown University, she set her sights on making the US Team for the 1996 Atlanta Games. She enlisted the expertise of Frank Gagliano, one of the country’s most respected track coaches. Through this partnership, she became the first amputee in history, male or female, to compete in the NCAA, doing so on Georgetown’s nationally-ranked Division I track team. Becoming the first person to be outfitted with woven carbon-fiber prostheses that were modeled after the hind legs of a cheetah, she went on to set World Records in the 100 meter, the 200 meter and the long jump, sparking a frenzy over the radical design of her prototype sprinting legs. The essential design of those legs are now the world standard in sports prosthetics.

After a profile in Life magazine showcased her in the starting blocks at Atlanta, the world took notice. Aimee soon landed a 10-page feature in the inaugural issue of Sports Illustrated for Women, which led to her accepting numerous invitations to speak at international design conferences. This introduction to a discourse relating to aesthetic principles fueled her interest in issues relating to body image, and how fashion advertising impacted societal notions of femininity and beauty. In 1999, Aimee made her runway debut in London at the invitation of one of the world’s most celebrated fashion designers, Alexander McQueen.

Walking alongside the supermodels of the world, Aimee’s groundbreaking, triumphant turn captured the attention of the fashion media, propelling her onto the magazine covers of ID and Dazed and Confused. After making her mark in such fashion magazine standards as Vogue, Harper’s Bazaar, W, Glamour and Elle, she was also named as one of People magazine’s “50 Most Beautiful People in the World.” In February 2011, she was named as the new Global Brand Ambassador to the world’s largest beauty brand L’Oreal Paris, another cultural milestone.

An influential voice in today’s culture, she is regularly invited to share her ideas at various corporations and global conferences like TED and TEDMED, and she has been named as one of Esquire’s “Women We Love,” one of Jane magazine’s “10 Gutsiest Women” one of Sports Illustrated’s “Coolest Girls in Sport,” and was celebrated as the “Hottest Muse” in Rolling Stone’s annual Hot List. In addition to her professional career, Aimee serves on numerous boards and spends much of her time assisting various non-profit organizations, most notably the Women’s Sports Foundation (WSF). After serving as a Trustee for the WSF, founded by Billie Jean King, she was elected as the foundation’s President, a position she stewarded from 2007 to 2009. Aimee served for years as vice president for J.O.B., the nation’s oldest non-profit employment service for persons with disabilities, founded in 1947 by Eleanor Roosevelt, Orin Lehman and others. She is a founding member of the Leadership Board to SPIRE Institute, the world’s largest and most diverse athletic development center.

Already at a young age, Aimee’s impact on modern society and her influence on future generations is undeniable. Her likeness has been immortalized in exhibits at institutions such as the Smithsonian, the Metropolitan Museum of Art, the NCAA Hall of Fame, the Victoria and Albert Museum, the Tate Modern, the Track and Field Hall of Fame and the Women’s Museum, where she is honored for her contribution to sport among the “Greatest American Women of the 20th Century.”

She resides in New York City.