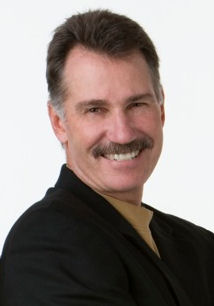 For over 20 years, Kevin has been profiling revolutionary business leaders in some of the world’s most innovative companies. He has successfully turned those profiles into roadmaps that help clients create their own revolutionary strategies for growth. Kevin is the co-author of NANOVATION: How a Little Car Can Teach the World to Think Big and Act Bold. Kevin and his wife Jackie are also authors of their international best seller, NUTS! Southwest Airlines’ Crazy Recipe for Business and Personal Success, BOOM! 7 Choices for Blowing the Doors Off Business-As-Usual! and GUTS! Companies that Blow the Doors Off Business-As-Usual. Named one of the “Top 30 Best Minds on Leadership” by Leadership Excellence Magazine, Dr. Freiberg is among the most influential voices on the speaking circuit today. Dr. Freiberg has appeared on CNBC, CBS Sunday Morning and the CBS Morning News for his views on the critical links between leadership, corporate culture, innovation and exceptional customer loyalty. He has also appeared on the television series Lessons in Excellence for CNBC India. His articles and interviews have been published in the Wall Street Journal, Business Week, Washington Post, Investor’s Business Daily, India’s Economic Times, India’s Business Standard, India’s Financial Times, and Capital Business & Finance Magazine of Dubai.

Leadership
Leaders shape culture, which in turn, shapes performance and determines the ultimate financial condition of your business. Leadership is a choice, not a position. If we got rid of your title would people still follow you? In this theme Kevin unpacks the character strengths of great leaders and show you how these strengths play out in some of the world’s most revolutionary companies. His objective here is to help you dramatically accelerate the development of leaders at every level within your company. Kevin wants to help you grow leaders who can energize and inspire others, who refuse to be held hostage by history and who have the GUTS to move your organization in bold new directions.

Engagement and Culture
What if your company had a reputation for being the BEST PLACE, where the BEST PEOPLE, can do their BEST WORK? We’re talking serious competitive advantage! You can deliver on the brand promise you make to your employees; it means creating a place where impassioned people come to work fully awake, fully engaged and committed to driving growth. Kevin will unpack Southwest Airlines’ crazy, yet very purposeful recipe for creating one of the most productive workforces in the world with 37 consecutive years of profitability. The greatest success story in the history of commercial aviation boasts a culture in which 35,000+ people are fully committed and inspired to achieve extremely high productivity, service, safety and financial objectives. This is an exciting, behind-the-scenes look into an all-American, yet globally recognized brand that will help you create your own blueprint for success.

Innovation
Want to move innovation from a tired cliché to a powerful competitive advantage? Want to make it everyone’s job to innovate? Kevin lays out the preconditions leaders must create to make innovation a way of life—a deeply embedded part of your cultural DNA. Find out how the most creative companies in the world innovate BEYOND customer expectations. Learn what the best leaders do to inspire ingenuity and unleash imagination—to create a place that is perpetually loaded with fresh ideas. He will also take you behind the scenes and show you how, in the face of seemingly insurmountable odds, the people of Tata Motors achieved the impossible by creating the Tata Nano, a 1 Lakh ($2500) car that has taken the world by storm.

Service
Service and loyalty are the result of leadership from the inside out—the consistent, die-hard execution of a “people-first” service philosophy. This theme addresses the critical links between leaders who adhere to a “people-first” philosophy, turned-on, passionate employees who give something of themselves in addition to just doing the job and fiercely devoted customers who evangelistically tell your story. The research is very clear. Companies known for world-class service, quality and hospitality work hard to create cultures (even in tough times) where employees feel honored and served; people truly trust and connect with each other; seamless collaboration translates into flawless execution and work is fun. This theme allows you to borrow from the best and create your own “people-first” service strategy. Kevin, with wife Jackie Freiberg, has written about many of the most admired companies and global service brands around and they’re passionate about revealing the chutzpah and details behind their success.

Loyalty – Fiercely Devoted Customers
Kevin shares the key factors that will take you from plain vanilla consumer satisfaction to extreme customer loyalty; from simply being a vendor of choice to being a trusted advisor and a strategic partner with your clients. What if your team knew more about the pressures, pain points, preferences and particular nuances of your customers than anyone? What if they positioned themselves as industry experts who are better than anyone at providing relevant solutions? What if they mastered the discipline of follow-up and the art of making customers feel special long after the solution is delivered? Using these strategies your team can become the “go-to” people that fiercely devoted customers can’t live without and competitors can’t dethrone.

Accountability
You learn what it takes to establish a critical mass of players who OWN IT. You know the type; the shakers and movers who take initiative vs. take orders. They don’t make excuses, they make things happen. They might be victims of a crummy economy, an industry in turmoil or an organization undergoing significant change, yet they refuse to be victimized. Instead, they bring energy, vitality, creativity and the best of themselves to work—they are people of excellence and they create POCKETS OF EXCELLENCE. You’ll get timeless choices, stories to share and actions to use immediately to create your own pockets of excellence

Change
New business models are disrupting the old. The rules of your industry are being rewritten. The future is unpredictable and the pace of change continues to accelerate. If you want to be built to last you must be built to change. The only question is: Will the changes you make be opportunity led or crisis driven? This theme is about getting in the right frame of mind—one that’s hungry for change. It’s about building a YES-FAST culture where people move with a sense of urgency, declare war on complacency and say “yes” to new skills, new relationships, new business models, new products and new markets. You have a choice. You can lean on yesterday’s headlines and hope that what you’ve been doing will carry you into the future, or you can change.

Kevin is available for solo presentations or joint appearances with Jackie Freiberg.

Kevin Freiberg is the author of a new book called BOOM! 7 Choices for Blowing the Doors Off Business-as-Usual! BOOM! is about the choices leaders and their people must make to create a culture of commitment and accountability—a culture where people take charge of their lives at work and create the freedom to achieve extraordinary business results. BOOM! follows the Freibergs’ international best seller NUTS! Southwest Airlines’ Crazy Recipe for Business and Personal Success (over 600,000 copies in print!), and its sequel, GUTS! Companies that Blow the Doors Off Business-as-Usual.

Recently named one of the “Top 30 Best Minds on Leadership” by Leadership Excellence Magazine, Dr. Freiberg is among the most influential voices on the speaking circuit today. He is also among a select group of thought leaders working with Collective IQ, the top corporate venture advisor and platform in the world, to bring growth and innovation to their clients. Kevin has made a career out of understanding the core values and unconventional strategies used by world-class leaders. His book NUTS! was hailed by the Financial Times as one of the top five global business books of the year.

Dr. Freiberg has appeared on CNBC, CBS Sunday Morning, and the CBS Morning News for his views on the critical links between leadership, corporate culture and exceptional customer loyalty. He hasalso appeared on the television series Lessons in Excellence for CNBC India. His articles and interviews have been published in the Wall Street Journal, Business Week, and Investor’s Business Daily. Entrepreneur.

As the founder and CEO of the San Diego Consulting Group, Inc. and its professional speaking firm, freibergs.com, Kevin helps business leaders translate the winning strategies from enduring great companies into their own models of success. He is widely acknowledged for his expertise in helping clients build strong, purposeful cultures where: People have fun and do heroic work that matters Everyone leverages technology to get smarter, better, an faster Gutsy leaders excel at hiring, retaining and unleashing world-class talent Customer-centric employees turn knowledge, service and hospitality into life-long loyalty

People take charge of their lives at work and assume responsibility for growing the business. Courage, risk and innovation enable the firm to establish rules by which others must play the game

Dr. Freiberg helps business leaders better understand the impact of their choices, attitudes and behaviors on corporate culture and organizational performance. He has challenged corporate leaders all over the world to create unmatched productivity, customer service, and profitability by becoming faithful, devoted, hardworking servants of the people they lead. Kevin has a global practice working with firms in Southeast Asia, Europe, Japan, India, the Middle East, Central and South America, as well as companies throughout the United States and Canada.

The Freibergs live in San Diego where they sprint to keep up with three active children: Taylor-Grace, Aubrey Hope, and Dylan. These three children are their reasons for hope and their cause for celebration. Kevin and Jackie are determined to raise their son and two daughters in such a way that they won’t need to be fixed as adults. They are active supporters of Voices for Children, an organization dedicated to defending foster children in the courts, and of Monarch High School, a first-of-its- kind high school for homeless children. Kevin and Jackie are working to help make this prototype school a model for other communities across the United States.