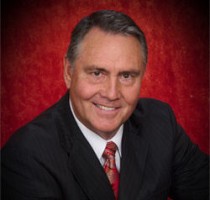 Danny White joined the Dallas Cowboys and the NFL in 1976. White’s leadership skills as a quarterback were evident when he broke the Dallas Cowboys’ single-season touchdown passing record (29 TDs) in his first year as a starter (1980). The Cowboys went to the playoffs five times, and won three NFC East titles with White taking the snaps. He ended his career as the team’s most accurate passer, setting Cowboys’ single-season records for completions (334) and touchdown passes (29). He still holds eight Cowboys’ records.

Tom Landry, the legendary former head coach of the Cowboys said, “Danny White was probably as fine a winner as we have had in football.” Throughout his career as a player, White set seven NCAA passing records. Sports Illustrated named White as the second-best rated collegiate quarterback of all-time, behind only Steve Young. White provided analyst commentary for the Fox Sports Game of the Week and travels around the country as an inspirational public speaker.

• Coaching, Mentoring and Leadership
Good coaches change lives. Danny White knows because his life was changed forever by good coaches who came into his life at the right time. They each, inspire, motivate and elevate their students……….and then, when the time is right, they back off and let the student’s instincts and talent take over. Kowing when and how much to let go is the key. 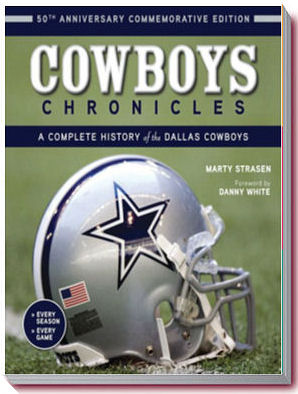 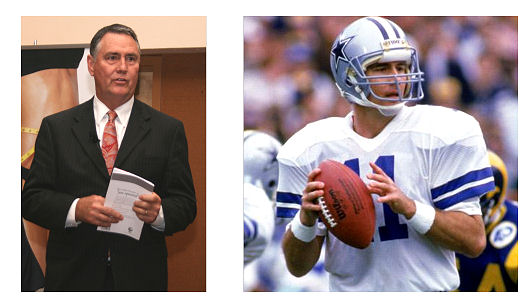 Danny White was born February 9, 1952 in Mesa, Arizona. A graduate of Mesa Westwood High School, White had a stellar career as a Quarterback and Punter at Arizona State University where he was an All-American in 1973. Throughout his career as a player at Arizona State University, White set seven NCAA passing records. In 1973 his passing and running placed him second in the Nation in total offense. Sports Illustrated named White as the second-highest rated Quarterback of all time behind only Steve Young. The National Football Foundation and College Hall of Fame honored White in 1997 as the first player inductee ever from ASU and the State of Arizona. After 2 years with the Memphis Southmen of the World Football League, White joined the Dallas Cowboys and the NFL. White’s leadership skills as a Quarterback were evident when he broke the Dallas Cowboys single-season passing record (29 TD’s) in his first year as a starter (1980). The Cowboys went to the playoffs 5 times and won the NFC East title three times in White’s 6 years as a starter. He ended his career as the Cowboys most accurate passer, setting team single-season records for completions (334) and touchdown passes (29). He still holds 8 Cowboys records and holds the record for the most TD passes thrown in Texas Stadium. Tom Landry, the legendary Head Coach of the Cowboys said,”Danny White was probably as fine a winner as we have had in football”. After retiring as a player, White, a living legend of football in Arizona, served as the first Head Coach and General Manager of the Arizona Rattlers until 2004. In 13 seasons White led the Rattlers to Arena Bowl berths in 1994, 1997, 2002, 2003, and 2004 emerging as Arena Bowl Champions in 1994 and 1997. White finished his career with the Rattlers with an overall record of 141-65 and became an inductee into the Arena Football Hall of Fame in 2002. In addition to the AFL Hall of Fame and the NCAA Hall of Fame, White has been inducted into the Mesa Arizona Sports Hall of Fame, the State of Arizona Sports Hall of Fame and the Arizona State University Hall of Fame where his jersey number 11 was retired. White was also named the Arizona Athlete of the Century by the Arizona Republic in 2000. After retiring from the game, White provided analyst commentary for the Fox Sports Pac-10 Game of the Week and traveled around the country as an inspirational public speaker. He currently is the analyst for Compass Media broadcasting all Dallas Cowboy games over their national syndicated network. White and his wife JoLynn have four children; Ryan, Geoff, Heather and Reed. They also have twelve grandchildren. Aside from White enjoying family time, he stays actively involved in the community, donating his time and efforts to various charities.