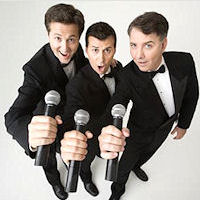 Everyone is raving about The Three Waiters® singing waiters!! They are one of the world’s most successful corporate and private event surprise acts. With nearly 10,000 shows in 77 countries, they are arguably the most popular act of any kind for corporate events, fundraisers, private parties and colleges! The Three Waiters® takes the concept of singing waiters to a new level, adding elements of sophistication, spontaneity, humor and audience interaction. They will help you accomplish your goals – educate, reward and inspire your audience to achieve new heights.

The Three Waiters® is made up of the best performers that opera and musical theatre has to offer. Each artist is chosen after an extensive audition process and not only must be vocally outstanding but must also possess a dynamic personality, with a flair for character acting, timing and comedy. It is not a slap stick or improvised waiters show. Everything that happens in The Three Waiters® could and does happen in real life, which is why the audience reacts with complete amazement to the comedy and vocal theatrics.

do all the things you expect waiters to do: helping people to their seats, serving where appropriate, and generally being helpful and charming so that throughout the evening the guests completely accept them as part of the service staff. So now the stage is set, and one by one, events begin to unfold… and The Three Waiters® bring a show to life before your guests’ eyes, without them even knowing it’s a show!

The Three Waiters®
Sophisticated, spontaneous and loads of fun, The Three Waiters® involves three talented singers posing as “real” waiters at your event, hoaxing and amusing your guests before revealing themselves as singing waiters in a thrilling operatic performance a la The Three Tenors. The three singing waiters do all the things you expect waiters to do: helping people to their seats, serving where appropriate, and generally being helpful and charming so that throughout the evening the guests completely accept them as part of the service staff.

Each singing waiter is unique but believable: Alfredo, the Italian, poses as the banquet manager; he is well mannered and meticulous. Jean-Marc, the French waiter, is busily offering drinks to the guests, while the third waiter dresses exactly as the other catering staff and neatly blends into the food service.

With the stage set, one by one events begin to unfold… and The Three Waiters® bring a show to life before your guests’ eyes, without them even knowing it’s a show! First, the moments are subtle ones, such as a brief announcement by the banquet captain, just doing his job. Then after awhile a bit of “spontaneous” singing, but for a very understandable reason. No one suspects what is to come.

Later, another song, and another, as each character reveals themselves to the surprise and amazement of the audience. The show is so interactive that the audience gets drawn in so that they are actually part of the action! When the three performers are revealed, The Three Waiters® then becomes a Three Tenors singing extravaganza, with the singing waiters doing everything from Verdi to Elvis.

It is only at the finale that their true identities are revealed, and The Three Waiters® leave your guests cheering with napkins waving in the air! 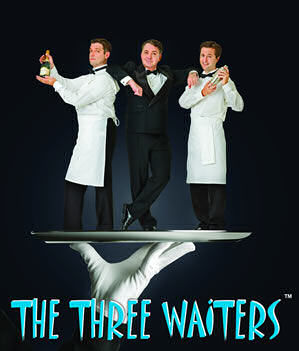 The Three Waiters was established in Australia in 1998 by Mark Bradley and Darryl Lovegrove, and after performing over 6,000 shows in 55 countries, it remains one of the most sought after acts on the national and international corporate entertainment circuit.

The concept of The Three Waiters involves three talented and highly entertaining opera singers dressing and hoaxing as “real” waiters before grouping together to take the audience through a very amusing, yet sophisticated show. The Three Waiters brings an unbeatable combination of surprise, humor, and amazing voices to any gathering.

As an important part of the act, each performer actually works the floor as a waiter for some time before the performance begins. They also dress and act the same as the “real” waiters, thus giving no clues of what is about to come. They cover as much of the floor as possible while interacting with the guests, and as a result, the guests feel like they are part of the act as opposed to watching a staged show.

Picture your next corporate function where the evening is running according to plan with the usual mixing and mingling of invited guests and clients. Suddenly, one of the food or beverage waiters burst into an aria from well-known opera songs, from Pavarotti to Dean Martin or Andrew Lloyd Webber to Puccini, culminating in a performance of true “Three Tenors” style.

The Three Waiters are made up of the best performers that opera and musical theatre have to offer. Each artist is chosen after an extensive audition process. Not only must they be vocally outstanding, but they must also possess a dynamic personality, with a flair for character-acting, timing and comedy.

Often described as “An Event Planner’s Dream”, The Three Waiters has changed the way Event Planners and their Guests view live entertainment, whether at an intimate dinner for 12 or a gala function for 1200 or more.

Lately, several “Singing Waiters” acts have imitated our original concept of Singers masquerading as Waiters (or Guests, a Chef, a Security Guard, a Guest Speaker, etc). But with well over six thousand shows under our belt, offices in Sydney, London and New York, a long list of awards and a great creative team working tirelessly to keep the act polished and fresh, The Three Waiters is still your best option for Surprise Entertainment! 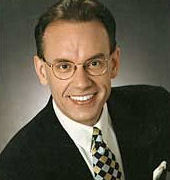