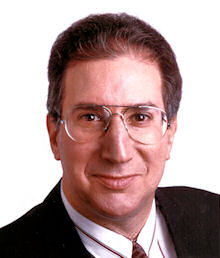 Nothing refreshes a group better then laughter – as everyone emerges re-energized, ready to tackle new challenges. From planning to implementation, from completion to beginning, or from work to relaxation, it’s the perfect way to refocus a group on new goals or activities. Bringing in Harry to play the part of an industry expert or newly hired executive. He starts off for real, but after a few minutes of his outrageous quips, everyone realizes they’ve been had – and they love it! Strangers instantly connect, co-workers come closer, and barriers of rank take a break. There’s a glow that remains and fosters better communication and cooperation.

With over two decades of professional comedy experience, from the clubs of Las Vegas and New York to the corporate boardroom, Harry Freedman is a comic you can trust. Harry will create for you the deliciously believable “imposter/expert” of your choice that will have everyone completely fooled until they are roaring with laughter! Harry carefully screens all of his material directly with the client to ensure that it is tasteful, funny and right on the mark. You can relax knowing that Harry’s material is always strictly clean and that his gentle “spoofing” of the key topics and people you select will only delight one and all.

Recent put-on topics include technology, futurism, strategic planning, health care, real estate, legal analysis, geneaology, transportation, food distribution, and many many more. Harry has also appeared as anything from a White House Economic Advisor to a Sports Fitness Doctor on dozens of tv and radio shows. In addition, he can often be seen performing stand-up comedy opening for Ray Romano, and has written for and appeared

Customized Corporate Comedy Put-Ons
Harry Freedman starts off his presentation pretending to be a real consultant, new executive, or government official (or whatever character is agreed upon) and hooks the crowd into believing he is a real keynote speaker. As he goes along however, his material starts to skew more and more offbeat and funny until everyone is laughing, even as they begin to realize they’re being had.

Emcee & Stand-Up
Harry keeps it light and moving, and as with everything he does, he customizes like crazy.

The Ultimate Tribute Video
It is essentially a humorous (but moving) tribute to your company or association. This is filmed BEFORE the event, and it’s an incredible way to celebrate your company’s history or honor an individual.

Video Interviews
Filmed at the conference, he asks carefully scripted questions to six-eight atttendees, officers, et al. and edits the responses to make a hilarious video.

Conference Video Summation
Harry videotapes the entire conference and injects humor and warmth into a highlight reel to help close the event with an incredible bang.

In 40 short years, Harry Freedman, M.D., Ph.D., J.D. has been a doctor, a consultant, a stock broker, a motivational speaker, plus an expert in worker safety, bank regulation, health care and economic forecasting. Is Harry Freedman serious? Of course, he isn’t. Harry Freedman is an utter fraud – a stand-up comedian who pretends he is a government official, industry expert, or newly hired executive.

Yet millions of television viewers, plus audiences at hundreds of banquets, meetings, conventions, and special events, have taken Harry Freedman very seriously – right up until the moment they realize they have been put on.

It is hard to imagine how anyone could take Harry Freedman too seriously. After all, he is a comedian with national exposure on television shows such as America’s Funniest People, Stand-Up Spotlight, and Comedy on the Road. He has also written for TV with credits ranging from Caroline’s Comedy Hour to Richard Jeni’s Showtime Special.

Yet, television viewers have encountered Harry Freedman as a psychologist, presidential advisor and other pontificating experts. Despite his serious demeanor and lofty credentials, however, Harry Freedman isn’t always who he says he is. But, there is no doubt Harry Freedman is the nation’s leading expert at put-ons!

Imagine “sports doctor” Harry Freedman on a TV talk show telling baseball star Keith Hernandez: “We’ve invented some artificial limbs that are so strong, we think there’s gonna come a day that people will give an arm and a leg to get their hands on our feet.”

Or, how about the time “F.D.I.C. regulator” Harry Freedman told an incredulous TV interviewer that the saving and loan crisis could be attributed to careless bank tellers who didn’t check their coin rolls carefully – “a few pennies here, a few pennies there, and the next thing you know, you’re down $500 billion.”

Despite his serious demeanor, Harry Freedman has devastated entire organizations – solely with laughter. It is a role that has earned him a full-page profile in The New York Times, plus feature articles in The Miami Herald, The International Herald Tribune, and many other newspapers worldwide.

Harry Freedman will pose as just about anything you want. Hundreds of decision-makers have asked him to do just that – to play, for example, an industry heavyweight or newly hired executive with off-the-wall ideas.

They hire Harry Freedman not just to bring humor to annual conventions, sales meetings and awards banquets after days of tedious seminars, but also to spoof their own top decision-makers, to break-down barriers and make the bosses seem more approachable.

Harry Freedman’s put-ons are successful not only due to his comedic abilities, but also to his careful scripting and complete customization to the specific needs of the organization and the event. He always checks his script in advance with the person in charge to make sure it’s all in good taste.

The results are astounding. At an insurance industry conference in Las Vegas, Harry Freedman was introduced as an adviser to Hillary Rodham Clinton’s Health Care Reform Task Force. As he walked to the podium, the audience applauded and respectfully awaited his words of wisdom. What they got, however, wasn’t what they expected.

“Everyone involved in the health care industry is going to have to share in the sacrifice, and that’s particularly true for the insurance industry,” he began. “Some of you may be aware of what is known as the Jackson Hole Plan, where a group of congressmen wrote up ideas for managed competition in health care. Well, frankly, we haven’t really bothered to read that plan, but we have come up with our own program, which we call the Jersey Shore Plan, that we think is going to revolutionize health insurance.

“You know when you pay for most health insurance, you’re covered for every illness – but you’re not going to get every illness. So our policy is you only pay for the disease you want to be covered for,” he informed the increasingly confused audience.

“You want protection for tuberculosis, that’s 50 bucks a year. For another five bucks a year, you don’t have to worry about getting salmonella or bubonic plague. “Now, some people might argue nobody gets bubonic plague, but for 5 bucks a year, why gamble?” The audience had expected a serious presentation. They wound up rolling on the floor with laughter!

So, what makes Harry Freedman so believable? Looking like a generic executive, Harry Freedman has the uncanny ability to refrain from smiling even when his comments are absurd. And, no matter how technical or complex his subject, he really sounds like he knows what he is talking about!

The next time you tune in to a talk show or walk into an event and someone introduces the industry expert or the noted authority on almost any subject, it may just be Harry Freedman, “The Nation’s Leading Expert.”