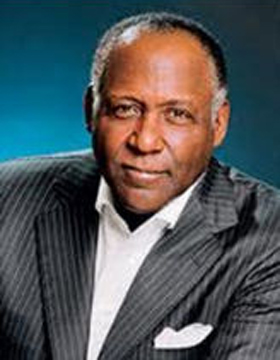 Don’t believe the hype: breast cancer doesn’t discriminate. The American Cancer Society estimates that in 2009 about 1,910 new cases of invasive breast cancer will be diagnosed among men in the United States. After an early diagnosis, actor Richard Roundtree, better known as the world’s beloved Shaft, thought he might become a statistic before he became proactive in his treatment. Fast forward 16 years later and you’ll find the Hollywood vet quite vocal about his breast cancer survival story as he encourages others to pay attention to their health.

Shaft on Breast Cancer
Roundtree was diagnosed with breast cancer in 1993 and since then has been a strong advocate for cancer awareness and men’s health organizations. He was recently awarded the prestigious Jackie Robinson Foundation Award for Excellence for his work in raising cancer awareness. The American Cancer Society estimates that in 2005 approximately 1,690 new cases of invasive breast cancer will be diagnosed among men in the United States, and approximately 460 men will die from breast cancer in the United States in 2005.

With consistency being the benchmark for stardom in Hollywood, Richard Roundtree has proven his star power in every sense of the word. As a leading actor for over the last thirty years, he has established himself as a constant force in the entertainment industry.

Discovering that he enjoyed the spotlight while on a football scholarship at Southern Illinois University, Roundtree signed with Johnson Publications to model in their annual Ebony Fashion Fair, touring 79 cities in 90 days. He then returned to New York, his home state, began acting lessons, and later became a member of New York’s acclaimed Negro Ensemble Company. A succession of Off- Broadway roles resulted in his starring role as Jack Johnson in “The Great White Hope.”

Roundtree initially received international fame when Gordon Parks chose him to star as John Shaft, private detective and supercop hero in the feature film “Shaft.” That role catapulted him into the world arena as one of the hottest new actors on the scene. He continued the franchise with “Shaft’s Big Score,” “Shaft in Africa,” and the television series, “Shaft.”

But Roundtree was just beginning to stretch his talents as a movie star. He quickly moved on to star with some of Hollywood’s most well-known actors, including Clint Eastwood, Robert Shaw, Peter O’Toole, Richard Harris, David Niven, Tony Curtis and Laurence Olivier, naming just a few.

Among the more than 70 feature films that his has appeared in are the smash hit thriller “Seven,” the critically acclaimed “Once Upon A Time…When We Were Colored,” the remake of “Shaft” reprising the role that made him famous, “Steel” with basketball superstar Shaquile O’Neal, “George of the Jungle” for Disney Pictures, and “Corky Romano” with “Saturday Night Live” star Chris Kattan.

Roundtree’s television credits have included series regular roles on “Outlaws” for CBS, “413 Hope Street” where he garnered an NAACP Image Award nomination for Best Leading Actor in a Series, and “Buddies” with Dave Chappel for ABC. He also has appeared in many movies for television, including the top rated “Having Our Say” portraying Booker T. Washington, “Christmas in Connecticut” directed for Arnold Schwarzenegger, and the Starz production of “Joe and Max.” He currently is recurring on the ABC smash hit series “Desperate Housewives” and recently won a Peabody Award for his narration on the PBS documentary “The Rise and Fall of Jim Crow.”

An advocate for the fight against breast cancer, a disease which he has personally overcome, Roundtree is on the lecture circuit and takes part in events to help raise awareness and funds towards finding a cure for this disease.