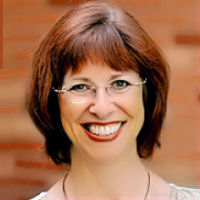 Geri-Ann Galanti is a medical anthropologist as well as one of the leading experts in the field of cultural diversity. She is currently on the faculty of the David Geffen School of Medicine at UCLA, where she received an Outstanding Teacher Award. Dr. Galanti has also taught at CSU Los Angeles’ Department of Anthropology and CSU Dominguez Hills’ School of Nursing, where she developed the curriculum for the BSN program’s Cultural Diversity in Healthcare course.

Dr. Galanti is the author of the highly acclaimed book, Caring for Patients from Different Cultures, the 5th edition of which will be out at the end of the year, as well as a highly sought after international speaker with over 25 years of experience lecturing to groups of nurses, doctors and managers.

Cultural Competency
Designed to give participants an introduction to the kinds of conflicts and misunderstandings that can result from cultural differences. A variety of ethnic and religious groups are touched upon.

Working in a Culturally Diverse Workforce
Program addresses common problems that arise when employees (eg., physicians, nurses, aides, etc.) of different ethnic backgrounds work together. It is designed to help staff understand the behavior of their African-American, Anglo-American, Asian-American, Latino, and Middle-Eastern co-workers and to help improve working relationships.

Caring for Patients from Different Cultures
Looking at the kinds of cultural differences that can cause conflicts and misunderstandings between health care providers and hospital patients. Program focuses on four major cultural groups: African-Americans, Asian-Americans, Latinos, and Middle-Easterners, and suggests how to provide culturally appropriate care.

Cultural Issues in Oncology
This program is designed for all clinicians who work with cancer patients. Covered topics include cultural reasons why some ethnic groups experience higher rates of some cancers and cultural issues impacting the relaying of a cancer diagnosis. It also examines cultural issues affecting the way chemotherapy is administered and cultural variations in response to pain. Finally, the program suggests culturally sensitive ways to discuss oncology and end-of-life issues.

Conflict Resolution
Focusing on cultural differences that may lead to conflict among among healthcare staff. In the first part, case studies are used for small group active learning. Several tools are presented to repair damaged relationships and avoid future conflicts.

End of Life
An overview is provided of several cultures (including African-American, Asian-American, Latino, and Middle-Eastern) and religions (including Buddhism, Hinduism, Islam, and Judaism) with specific reference to their beliefs and behaviors regarding death and dying. Topics covered include response to pain, folk remedies, attitudes toward death and the dying, afterlife beliefs, attitudes toward life extension, euthanasia, organ donations, and autopsies; funeral and mourning practices, Near-Death-Experiences, and Nearing-Death-Awareness. Also addressed is the question of what to do when the family does not want the patient to be given a fatal diagnosis.

Home Health Care
The program examines the kinds of cultural differences that can cause conflicts and misunderstandings among home health workers, their patients, and their families. The program will focus on four major culture areas and two religious groups: African Americans, Asians, Hispanics, Middle-Easterners, Jews, and Moslems. Other groups can be included upon request. The program emphasizes understanding each group’s values and how they influence peoples’ behavior.

Language & Communication
Conflict and misunderstanding between both staff and patients and among staff often stems from miscommunication. This program examines issues relating to such things as nonverbal behavior, slang, speaking in one’s native language, and the use/misuse of interpreters.

Management
This program examines the kinds of issues that arise when managing a culturally diverse workforce. It is designed to help managers understand and deal with the behavior of their African-American, Anglo-American, Asian-American, Latino, and Middle-Eastern employees. 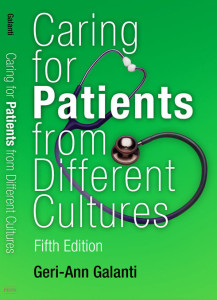 Dr. Geri-Ann Galanti is a leading expert in the field of cultural diversity in healthcare, with over 25 years of experience lecturing to groups of nurses, doctors, and managers on issues of cultural diversity and competency.
She received her doctorate in Anthropology from UCLA with an emphasis in medical anthropology and has been on the faculty of the School of Nursing at Cal State University, Dominguez Hills and the Anthropology Department at CSU Los Angeles. She is currently teaching in the Doctoring Program at the David Geffen School of Medicine at UCLA, where she received an Outstanding Teacher Award.

She is the author of numerous articles, as well as the highly acclaimed book, Caring for Patients from Different Cultures, now in its 4th edition. She served for several years as Medicine and Culture section editor for WJM (Western Journal of Medicine).

Dr. Galanti is a frequent speaker at hospitals and conferences. She was one of the major developers and content expert of the curriculum for the CSUDH’s School of Nursing course on Human Diversity. Her work on a cable TV show on Culture and Health has been the recipient of numerous awards, as has the educational video, “Patient Diversity: Beyond the Vital Signs,” based upon her book and on which she acted as consultant.

She has worked on a number of grant projects to develop materials for training health care providers to provide more culturally competent care. The projects have been funded by the National Cancer Institute, the Association of American Medical Colleges, The California Endowment, and the National Human Genome Research Institute. Most recently she served as Cultural Consultant on a grant project with the University of California medical schools to train medical students and residents about issues around end-of-life care and is currently a member of the CME Advisory Committee for the end-of-life and palliative care curriculum.