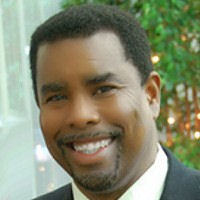 Best-Selling Author Garrett Oliver is the brew-master of The Brooklyn Brewery, the Editor-in-Chief of “The Oxford Companion to Beer“, and the author of the award-winning book “The Brewmaster’s Table.” He is one of the world’s foremost authorities on beer and brewing and has spoken at more than 800 events in 14 countries. After years of amateur brewing inspired by beers he had encountered during a year in England, Garrett began brewing professionally at Manhattan Brewing Company in 1989 as an apprentice. He was appointed brewmaster there in 1993. He soon became widely known both here and abroad for his flavorful interpretations of traditional brewing styles and as an avid and entertaining lecturer and writer on the subject of fine beer. Garrett has hosted hundreds of beer tastings and dinners, writes regularly for beer and food-related periodicals, and is internationally recognized as an expert on traditional beer styles and their affinity with good food.

Garrett explains how beer is like bread – there’s a big difference between the real and the fake – and how it’s possible to create a great product while growing a responsible, sustainable business.

•  An evening with Garrett Oliver

•  Beer, The Universe and Everything

•  Portrait of the Artist as a Young Brewer

•  Beer, the Avatar of the Emerging Food Movement

Garrett Oliver is the brewmaster of The Brooklyn Brewery, editor-in-chief of The Oxford Companion to Beer, author of The Brewmaster’s Table, and one of the foremost authorities in the world on the subject of beer. Garrett Oliver began brewing professionally at Manhattan Brewing Company in 1989 as an apprentice. He was appointed brewmaster there in 1993. He soon became widely known both here and abroad for his flavorful interpretations of traditional brewing styles and as an avid and entertaining lecturer and writer on the subject of beer. Garrett has hosted more than 800 beer tastings, dinners, and cooking demonstrations in fourteen countries, writes regularly for beer and food-related periodicals, and is internationally recognized as an expert on traditional beer styles and their affinity with good food.

In late 1994, Garrett joined The Brooklyn Brewery as brewmaster. Many of his beers have won national and international awards. He has served as a judge for the competition of the Great American Beer Festival for twenty years, and has been a perennial judge for the prestigious Great British Beer Festival competition and The Brewing Industry International Awards. He has hosted tastings and talks for many cultural institutions, including the Smithsonian, MassMOCA, the American Museum of Natural History, the National Geographic Society and The Jewish Museum. In the United States, Garrett has made numerous radio and television appearances as a spokesman for craft brewing.

Garrett has hosted beer tastings and dinners at many fine restaurants, cooking schools, and food events including several dinners at James Beard House, Eleven Madison Park, Per Se, Craft NYC, Oceana, The Waldorf-Astoria, Gramercy Tavern, Aubergine (London), Noma (Copenhagen), the Slow Food Cheese Festival and Salone del Gusto in Piemonte, Italy, Restaurant Roberta Sudbrack (Rio Di Janiero), Restaurant Julia (São Paulo), Anthony’s (Leeds), Cape Wine 2006 (South Africa), The Association of Westchester Country Club Chefs, The American Institute of Wine and Food, The Culinary Institute of America, the Sommelier Society of America, The French Culinary Institute, The Institute for Culinary Education, Johnson & Wales University and the 2008 GEL Conference. Garrett was a founding Board member of Slow Food USA and then later served for five years on the Board of Counselors of Slow Food International. He was also a 2009 and 2010 finalist for the James Beard Award as “Outstanding Wine or Spirits Professional.”

His book The Oxford Companion to Beer (OCB) was published in October, 2011 by Oxford University Press. Compiling the vast knowledge of 166 experts in 24 countries, covering 1,120 subjects, The Oxford Companion to Beer is the most comprehensive book ever published on the subject. Only nine weeks after its publication date, the OCB had risen to #8 on the Amazon list of overall books, had sold out four printings and headed into a fifth. Amazon.com named the OCB one of the “Best Books of 2011”. Calling the OCB “a treasure trove”, the New York Times said “The Oxford Companion to Beer is a definitive resource not just for beer enthusiasts but for amateur brewers, professional brewers and the thousands of restaurants that serve great beers but are staffed by people who may know little about them.”

Garrett is a graduate of Boston University, and holds a degree in Broadcasting and Film. He is the recipient of the 1998 Russell Schehrer Award for Innovation and Excellence in Brewing, granted by the Institute for Brewing Studies. It is the highest award given within the United States brewing profession. He is also the recipient of the 2003 Semper Ardens Award for Beer Culture (Denmark) and Cheers Beverage Media’s “Beverage Innovator of the Year” Award for 2006. In 2007, Forbes named him one of the top ten tastemakers in the country for wine, beer and spirits.