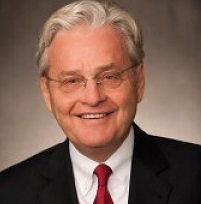 Drivers, Passengers, Road Kill
As the rules of the road change, some global companies will end up passengers of the new drivers of the global economy and the others, who are going along for the ride with Fed policy, will become their road kill. We’ve seen that the leaders of the most successful countries and companies focus more on innovation, quality and moving up the value chain than on mere cost cutting. These nations and firms are redefining their roles as drivers. But with the emergence of double-digit gross-domestic-product growth in some of the developing economies, there are new challenges for the right to sit in the driver’s seat. A new set of passengers also will emerge, and there could be more road kill up ahead.

A Changing World: The Rule of Power vs. The Rule of Law
Looking at these two is meant to answer the following question: can I invest safely in a country where the deck is seemingly stacked against me? In nations such as Russia, China, Egypt, Saudi Arabia, and Indonesia, as well as many other emerging markets, the rule of law is weak and the rule of individual power is strong. It goes to the heart of the question of how you assess risk and the direction of reform. Don’t reject a market simply because you don’t like the politics or the players or the country or its philosophy. If you are willing to do a little digging, you will generally find a sound reason why a market is rising.

A Changing Investor: Fear vs. Greed
What drives investment decision making? Most of the time, markets are governed either by fear or greed. As the needle swings from fear to greed and vice versa, people don’t know whether to switch from a strategy of preservation to a strategy of growth. They settle for hesitation. Not certain whether fear or greed is governing their markets, they wait too long and thus miss the opportunity. If you have to choose between getting in late or getting out early, always get out early, because while you lose a bit on the upside by getting into an investment late, you never lose by getting out early.

A Changing Market: Protectionism vs. Focus on the Future
Companies have an obligation to shareholders to remain firmly focused on the future. After all, stock markets judge them not on the basis of what they did last month or last quarter but on what they are likely to do next month and next quarter. When a company or an industry or even a nation begins to cry protectionism, it is nearly always a sign to move on. There is no waterfall to be found in companies that depend on their ability to keep competitors at bay. Another company is almost always bound to come up with a way around any barriers a company might create. Even if those boundaries seem permanent, they never last.

Changing Opportunities: Entitlement vs. Opportunity
Entitlements are things to which you believe you have a right; opportunities are things for which you are willing to take a risk. Americans are used to investing in the forces of opportunity—after all, that was what the Internet and telecom booms were all about—and we tend to shun investing in the forces of entitlement. But should we? A look back at the three best-performing stock markets over the past five years shows that all three were in nations controlled by small oligarchies— Mexico, Saudi Arabia, and Kuwait. In Kuwait, the ruling Al-Sabah family controls or has a stake in every business worth owning, and in Saudi Arabia, the princely families related to the Sauds own most of the wealth. There are ways that entitlement generates opportunity, and vice versa. You just have to learn how to see the one in the other, and both in each, and then invest accordingly. 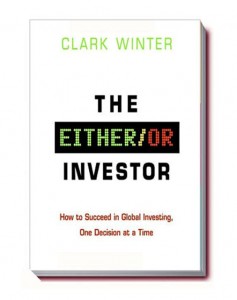 Clark Winter is an internationally known investor and commentator on geopolitics and global financial markets. Clark has been the Chief Investment Strategist and spokesperson for some of the most prominent global investment firms. He is a frequent guest commentator for CNBC’s Worldwide Exchange, CNBC’s Closing Bell With Maria Bartiromo, Bloomberg Television, Fox Business Network, New Delhi Television, CNN en Espanol’s GloboEconomia.

His research and analysis helps investors understand and harness the multitude of forces at work in today’s complicated, confusing, and promising global economy. Ian Bremmer, Chairman and CEO of the Eurasia Group, calls Winter “one of Wall Street’s most insightful and honest intellectual brokers.”

The success of Winter Capital led to the acquisition of the firm by Citigroup where he became the Chief Global Investment Strategist for Global Wealth Management, including Citigroup Private Bank and Smith Barney. This coincided with a period of remarkable transition and growth in global markets and Clark travelled extensively throughout Asia, Middle East and Latin America as a key advisor and friend to Citigroup’s most important clients. Subsequently, Clark moved to Goldman Sachs as Managing Director and Director of Global Portfolio Strategy. More recently he founded Clark Winter Enterprises, a global investment research and strategy firm and he serves as trustee, advisor, and board member of a select group of significant investors worldwide.

Clark serves as a Senior Lecturer at IESE Business School in Barcelona and on the advisory boards of TPH Asset Management in Houston, and American Friends of the British Museum in London. Clark also serves on the boards of Zaff in Houston, The Family Office in Bahrain, the Andrea Frank Foundation, the Committee on Photography at the Museum of Modern Art, and the Belfer Center at the Kennedy School of Government at Harvard.