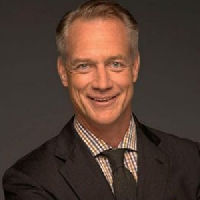 Daryl “Moose” Johnston is a former fullback in the National Football League for the Dallas Cowboys, and a current NFL analyst on Fox Sports. Throughout his career, he has made many extraordinary plays and earned a wealth of achievements, but Daryl chiefly credits these accomplishments as a team effort and claims that he never could’ve gone as far as he did without a lot of help along the way. His presentations put focus on the importance of teamwork as well as self-motivation in achieving your goals and scoring some touchdowns of your own.

Daryl Johnston is a Former NFL All-Pro & current NFL ON FOX Analyst. Daryl played his entire career with the Dallas Cowboys and is considered one of the best fullbacks of his day. Nicknamed “Moose” by a teammate and beloved by fans, Johnston won 3 Super Bowl titles and was selected to two Pro Bowls as the first blocking fullback ever selected to the NFC Pro Bowl team. A true student of the game, his keen analysis has been well-received, prompting the N Y Daily News to report: “Johnston consistently delivers the most credible player’s-eye view of the game.”

Johnston was considered one of the best fullbacks of his day, while blocking for Emmitt Smith, as Smith went on to become the all-time NFL rushing leader. However, Johnston was not the lead blocker for Smith’s entire career. An unfortunate neck injury prematurely ended Johnston’s career. Johnston was present the day Smith broke the rushing record; he was in the broadcasting booth, but came down onto the field to hug Smith and congratulate him afterward. As Smith made his victory lap of Texas Stadium after the record setting carry, Johnston hung back in the shadows. When Smith saw Johnston, the two joined together in an emotional embrace, with Smith telling Johnston, “I couldn’t have done it without you”. Johnston replied “It was my pleasure. I couldn’t imagine doing it for anybody else.” He is currently an analyst with Kenny Albert on The NFL on Fox, and a very popular motivational speaker!

An Insider’s Look at the Game of Football

Join Daryl “Moose” Johnston, popular Fox Sports broadcaster and respected former fullback for the Dallas Cowboys, as he goes deep into one of America’s most popular sports. Appropriate for audiences from the the “football widow” to the avid addict, Johnston covers the game down by down, all in his characteristic style: clear, opinionated, and passionate. The Moose knows that spectators who just follow the football are missing much of the game. We see the quarterback hand the ball to the running back and the linebacker make the tackle. But there are twenty-two guys on the field on every play. Here, Johnston draws upon his playing experience and years of expert analysis on television to bring the entire field into focus.

Teamwork: It’s Not All About You

As the Dallas Cowboys’ lead fullback, Daryl Johnston was the main blocker for Emmitt Smith, as Smith went on to become the all-time NFL rushing leader. It was Johnston’s selflessness and dedication to his team that allowed him to be the key to Smith’s success and “hang back” while Smith had the spotlight. However, Smith recognized Johnston’s role in his achievement and always acknowledged it. This led to a deep trust and relationship between the two men and as a model for the team. In this presentation, Johnston discusses how to work effectively with teammates to build trust, respect and growth for the organization – and win three Super Bowls. 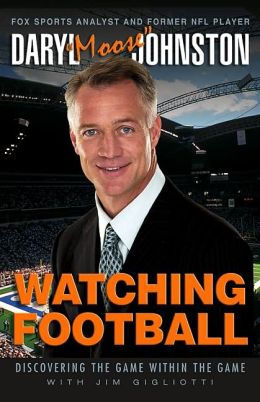 Showing the dedication and work ethic that made him an NFL star, former Dallas Cowboy fullback Daryl Johnston is now a successful sportscaster for FOX Sports, as a member of FOX’s No. 2 broadcast team along with seasoned NFL play-by-play man Dick Stockton. A true student of the game, Johnston’s keen analysis has been well-received, prompting the New York Daily News to report: “Johnston consistently delivers the most credible player’s-eye view of the game.”

Johnston joined FOX in 2001 after serving a year of duty as a game analyst for the NFL on CBS. He began broadcasting in 2000 during FOX’s coverage of the 2000 NFL Europe League season. His other broadcasting credits include co-hosting Inside the Huddle with Craig James on KDFW-TV (1996), The Daryl Johnston Show on KXAS-TV (1997), as well as the The Moose Call, a weekly radio show on KRLD/KLIF in Dallas for six years.

Nicknamed “Moose” by former teammate Babe Laufenberg, Johnston became a full-time starter in 1991 and was a key member of the Cowboys’ three Super Bowl winning teams (1993, 1994 and 1996). A two-time Pro Bowl selection in 1993 and 1994 (the first ever Pro Bowl Fullback), he played in 149 consecutive games, including postseasons. He finished his career catching 294 passes for 2,227 yards and 14 touchdowns, as well as 232 rushes for 753 yards and eight touchdowns. He had a career-high 50 receptions in 1993.

Johnston has contributed time to many charities including the Special Olympics, Children’s Cancer Fund, Cystic Fibrosis and Literacy Instruction for Texas (LIFT). He has served as honorary chairman for MDA’s “Aisles of Smiles” campaign, an organization he has served for over ten years, and for the American Cancer Society’s Gunslingers’ Ball. In 1999, Johnston’s numerous community service activities led to his nomination for the prestigious “Whizzer White Humanitarian Award.”

A second-round draft pick out of Syracuse University in 1989, Johnston was an All-America and All-Big East selection in 1988 while earning his degree in economics. Born on February 10, 1966 in Youngstown, N.Y., he now resides in Plano, Texas with his wife Diane, son Aidan, and daughter Evan. 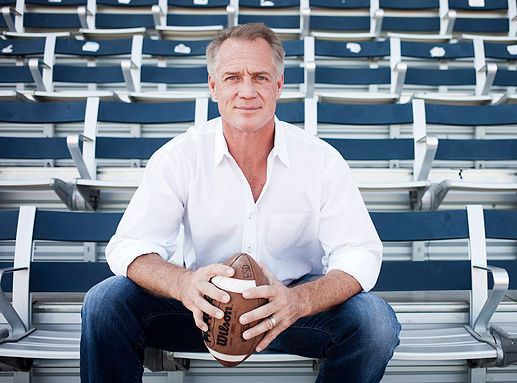