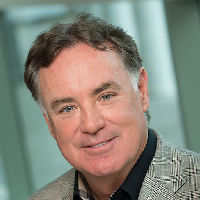 Jim has parlayed his incredible work ethic and determination into an impressive sales career, spanning over 30 years. He has also translated many of the essential teamwork principles from the Olympics into successful business methods. He will use these methods to both educate and assist you in order to develop a team-oriented environment that will allow you, your team, and your business to successfully overcome the many challenges that you will face in the business world.

Winning teamwork allowed Jim and the 1980 Olympic team to achieve “the impossible,” and the same principles can lead your business to unprecedented success!

Legendary goalie Jim Craig, helped the U.S. hockey team win the gold medal in the 1980 Olympics. Craig has been called the backbone of the team that accomplished one of the most extraordinary and memorable sports victories of all time. He parlayed his success as goalie for the “Miracle on Ice” hockey team into an award winning career in sales and marketing. Among Jim’s many business accomplishments is that over a 10 year period he managed, directed, and built a division of Valassis Communications that had been producing $300,000 a year in sales to a unit that achieved $50 million in sales annually.  While working for Valassis, and now as an entrepreneur, Jim has honed his approach to marketing and selling, and created what he calls the “Gold Medal Strategies for Success“.

With Jim Craig you hit the trifecta in a motivational and teamwork coach:

Your business is faced with a unique set of challenges, Jim understands this, so when speaking to your organization Jim enlists and draws from his experiences on the ice and in commerce to customize a speech that is tailored to driving the organization meet their particular goals. This is achieved through several proven packages that are available (Gold, Silver, Bronze and Team Player) all of which keep the message alive through pre-event planning, the event and post event follow up. Jim specializes in partnering with an organization by developing message sustainability and works with a large percentage of his clients multiple times to deliver an agreed upon direction for the customer.

The Keynote Address
Jim guides, motivates and inspires your employees and associates through a 45-minute to one hour speech that is tailored and customized to help your organization achieve the objective of its meeting or conference. As best suits the event, Jim enlists and integrates the stories of his early life and the path to Lake Placid, the memory and experiences of 1980 U.S. Olympic hockey team and its historic accomplishment and his winning sales and marketing career.

Following are the speech topics in which Jim specializes:

Special Events, Social Gatherings and Meet & Greets
Jim signs memorabilia, shakes hands, tells stories, has photos taken with guests, and socializes. As best fits the nature and intent of the event, Jim enlists and discusses his experiences in the sports and business world.

Sales & Marketing Seminars
Jim coaches and teaches the strategies, systems, and tactics he has used over his award-winning 25 year sales and marketing career. Through speeches, conducting roundtable discussions and brainstorming sessions, and delivering “chalk talks,” Jim helps your employees and teammates to improve performance and increase the value they return to your organization.

Youth Clinics
Jim helps align and associate your organization with a cause that gives back to society and supports young people. Jim talks to and meets with kids and teens, on the ice or athletic field, or in another setting. Jim leads discussions and talks about healthy living, making the right choices, and the importance of giving to others. If the clinic has a hockey focus, Jim will provide specific instruction on the fundamentals of the sport, advice on training and his general outlook on and love of the game.