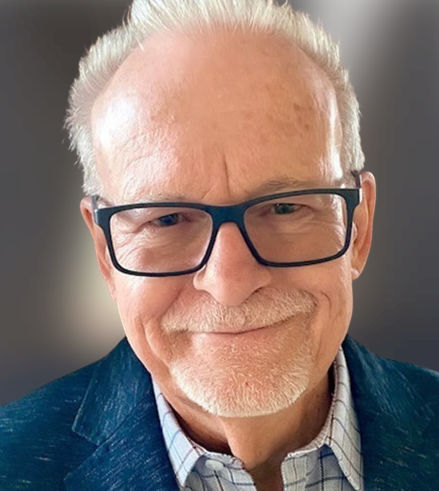 When changes happen in sales, International Speaker CHUCK REAVES, CSP, CPAE, CSO will know it. A pioneer in advanced sales processes and technologies, Chuck offers basic and sophisticated sales and sales leadership programs all over the world, as well as online training.

More than 5,000 audiences all over the world and in all fifty states have heard Chuck Reaves speak and teach.

He is the former top salesperson for AT&T where he was the highest producer out of the 1,100 person sales team.

He is pioneering advanced sales processes and technologies including:

Of the 4,000 members of the National Speakers Association, he is one of only 176 to have received both the Certified Speaking Professional designation and been inducted into the Speaker Hall of Fame where his name appears next to Ronald Reagan.

The world’s largest peer group organization for CEOs, Vistage, with 23,000 members has named him “Impact Speaker of the Year” and has presented him with their “Lifetime Achievement Award.”

For his volunteer efforts, he has been named “Veteran’s Advocate of the Year,” an “Outstanding Georgia Citizen,” and has been invited to the White House twice.

He is the author of seven books, the former president of a $30M bakery, and a decorated Vietnam veteran.

• Post-Pandemic Sales
The response to the pandemic continues to manifest in new ways. Virtual, in-person, and hybrid presentations are only the beginning. Chuck updates this topic weekly based on new processes, technologies, and demographics. Keep your team and sales model up-to-date with this information.

• the P.L.U.S.H. Sales Process Methodology
Used by hundreds of companies and thousands of salespeople worldwide, this “sales recipe” keeps the opportunity moving from pre-call planning to closure to referrals.
This is the foundation upon which you can design, develop, and implement an updated sales strategy.

• Your Role in Sales
Sales development for non-salespeople
Everyone has the opportunity to impact a customer’s decision to buy – or not buy. This content can be structured to focus on C-Suite members, customer-service people, technicians, or anyone else in your organization.

• Customer Service as a Profit Center
Some customers may take the word of a customer service person over the role of a salesperson. They assume the salesperson has a quota or commission depending on the sale.
Customer service people resist “selling” because of their perception of what sales is all about. Once they learn some basic sales approaches and understand what they are doing for their customers, they are more likely to help a customer succeed better by using more of the selling organization’s capabilities. 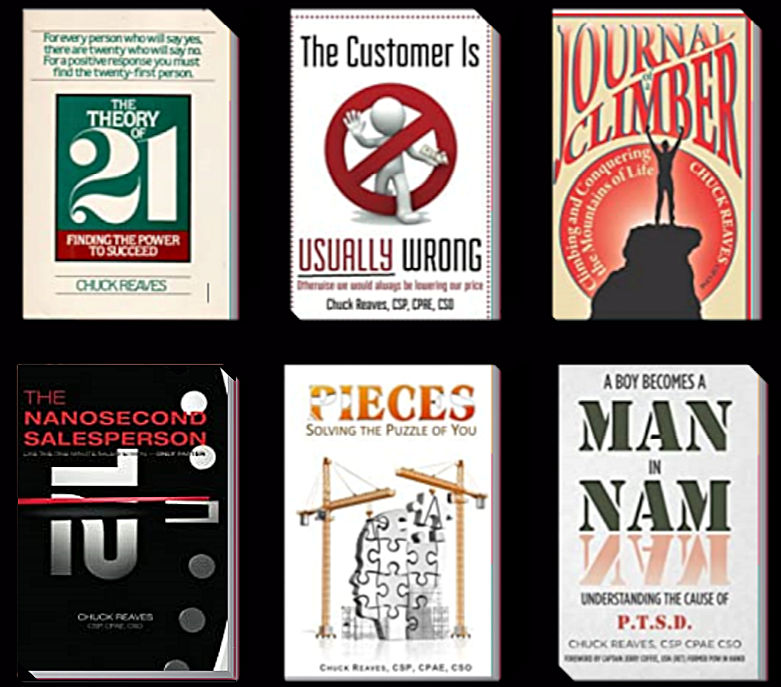 Chuck  is a popular professional speakers and trainer who teaches sales, management and personal development programs to audiences all over the world.

After spending ten years as an entry-level employee at AT&T, Reaves was promoted to account executive and became the highest producer out of 1,100 salespeople. He was promoted to sales manager and received numerous honors and awards. His ability to manage difficult situations gained him distinction within the Bell System and made him a frequent speaker at AT&T sales schools.

His first book, “The Theory of 21”, is the result of his years of success in the corporate environment. Reaves has proven his theory about accomplishing the impossible with astounding results by applying it to his life and to the lives of others. His latest book, “Never Take Money from A Stranger”, teaches how to ask for whatever you want and get it.

As a consultant, Reaves has worked with large and small companies to assist them in achieving their impossible goals. He served as the president of a thirty million- dollar bakery, made sales calls for a multi-billion dollar corporation, and even served as press secretary for a congressional candidate. He believes in doing what it takes to accomplish his client’s goals.

As a speaker, Reaves has influenced many people in various occupations all over the world. His ability to deliver a powerful, concise, useful and entertaining message has earned him recognition from two United States Presidents and other dignitaries, as well as numerous honors including “Veteran’s Advocate of the Year” and “Outstanding Georgia Citizen.”

Out of 4,000 members of the National Speakers Association, Reaves is one of only 63 to have received the coveted “Certified Speaking Professional” and “Council of Peers Award for Excellence” designations. He is a frequent guest lecturer at various colleges and universities.