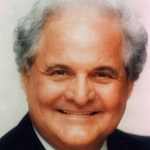 An exciting style and unique content, Mike Vance is a distinguished name in speaking and communicating. His fast-paced delivery, sprinkled with good-natured humor, makes him a stimulating speakers and highly acclaimed teachers in the country. USA TODAY named Vance “one of the most requested speakers in the United States.” Vance spent many years in charge of “idea and people development” for Walt Disney Productions, Disneyland and Walt Disney World. He served as Dean of Disney University, famed for its superlative training programs that set a new standard for customer service in the world.

The management development programs he created to prepare the leadership cadre for Walt Disney World have become exemplary models, and he is considered one of the outstanding innovators in management development, training, and building corporate cultures. Columnist Andy Rooney, writing about speakers in his column, once said, “Mike Vance, he speaks more than anyone else,” and Vance is requested so often because his dynamic style hits home hard with a wealth of good ideas geared at getting things done. He co-founded the Creative Thinking Association of America with Diane Deacon to awaken and stimulate the creative urge in all of us by providing resources for unleashing human potential, and together they wrote five widely acclaimed books: Think Out of the Box®, Break Out of the Box, Raise the Bar, Creating MegaResults™ and How to Stop Pissing and Moaning.

Raise the Bar
Progress has been made throughout history by those who “Raise the Bar” from darkness to light, from cave dwellings to skyscrapers, and from crawling to going Mach II. This topic offers eight proven strategies to “Raise the Bar” to a new level in any field or endeavor. Learn how to build a dynamic culture of creativity and innovation.

Think Out of the Box®
Walt Disney did it. Thomas Edison did it. And now Mike Vance and Diane Deacon, co-authors of the book Think Out of the Box, will help you do it. You’ll hear proven, exciting ideas for getting out of your old thought patterns into new and innovative thinking habits.

Cultivating Corporate Cultures
Learn how to identify what your company culture is today, what you want it to be in the future, and how to get it there. Learn how to create a culture of continuous innovation and creativity.

RESULTER™
Mike Vance and Diane Deacon developed this program, which specializes in the training and development of a unique type of high performance producer called a Resulter™. Resulters™ are specially trained individuals who become masters of the tools, techniques and methodologies required to produce MegaResults and sustain them. They are skilled at developing and executing creative plans to produce “Out of the Box” results to meet personal and organizational growth goals. If your organization does not have trained Resulters™ working in it then you are probably not achieving the MegaResults desired and required for maximum success.

Entrepreneurial Thinking
Discover the skills, actions and attitudes that define what it takes to succeed. Develop an entrepreneurial state of mind for yourself and others.

Management by Values
A new approach to leadership and management in an era of the boundary-less culture. Understanding that decision making is easier when we know what your values are. Learn how to improve the “Bottom Line” with good “Top Line” values.

New Leadership Paradigms
Techniques for achieving mastery in leadership for today’s changing times. Learn how to become a creative and inspirational leader. Principles based on personal experience with exceptional leaders.

Finding the Big Idea
Discover the techniques and practices utilized by many creative geniuses for developing great ideas.

Born in Greenville, Ohio, Mike Vance began his speaking and communicating career during his high school years with a radio talk show called “Teen Talk,” making him a pioneer broadcaster at a very early age. Mike attended Ohio Wesleyan University then went on to receive his B.S. degree from Ohio State University.

He served for two years in the Korean War as an infantry officer in the U.S. 7th Division and was decorated several times, receiving the Combat Infantry Man’s Badge. During his tour of duty in Korea, he helped start several

orphanages for displaced Korean children. After returning from Korea, Mike entered the ministry and started a church for children in Columbus, Ohio, founded a youth camp in California and directed several year-round camps.

Mike went on to create, produce and direct his own television talk show called, “Men at the Top,” in Los Angeles, California. His exposure to the insights of many leaders he interviewed gave him the opportunity to absorb their individual philosophies, synthesizing them into concepts for personal growth and achievement. Later, Mike met and had the opportunity to work with Walt Disney during the start up period of Walt Disney World. Mike was Dean of Disney University and in charge of organizational development for Walt Disney Productions, Disneyland, and Walt Disney World.

Mike has spent a lifetime searching for the keys that unlock the creative thinking process. His research has taken him around the world to study and work with many creative geniuses. Mike believes that everyone should have the opportunity to work with the “Great Masters'” methods. He shares his knowledge through lectures, seminars, workshops, consulting, and products.