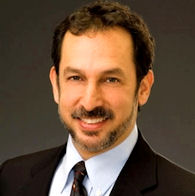 Respected in both the worlds of journalism and polling, Gary Langer measures what people think about the issues—as well as what your customers think —so you can act on the trends shaping your world. Langer is the nation’s first and only Emmy-award winning public opinion pollster and is not your typical numbers expert. As the President of Langer Research Associates and the pollster for ABC News, he’s a newsman who does polls, not a pollster who does news—a difference that shows in the depth of his analysis and the breadth of his storytelling skills.

Langer illuminates public opinion and behavior across a range of social, political and economic issues; he’s equally at home dissecting views on politics, health care, the economy, Afghanistan, energy policy, values issues and more. Beyond politics, Langer creates a customized presentation for your organization, one focusing specifically on information you need to make smart business decisions for the future. He’ll collect and analyze data relevant to your industry and deliver a hard-hitting review of current perceptions, their sources and the opportunities and challenges they present. You’ll come away understanding how your industry is perceived in the marketplace, and how to leverage that information to be more competitive.

Langer illuminates public opinion and behavior across a range of social, political and economic issues; he’s equally at home dissecting views on politics, the economy, health care, Afghanistan, energy policy, values issues and more. Ranging far beyond mere numbers, he delivers essential insight on the nature, formation and direction of public attitudes. Langer also focuses on integrity in research, offering his audiences the tools to distinguish between reliable and unreliable data—and a clear understanding of the need to do so. Informal, personable and fast on his feet, Langer has appeared television and radio programs nationally and internationally, including all the major ABC News broadcasts; the BBC; The Charlie Rose Show; Fuji TV; NPR’s Morning Edition, All Things Considered, Weekend Edition, Talk of the Nation and On Point and PRI’s To the Point.

Polls: What They’re Good For, And How To Use Them
Polling is an inexact science: there’s so much information out there, with many sources claiming to have the most up-to-date data, that it becomes difficult to know what information is reliable. Gary Langer, Emmy Award-winning pollster for ABC News and one of the most respected and trusted pollsters in the industry, provides valuable information to help you better grasp how the world is changing and what you should do about it. Peppering his discussion with recent polls that clarify the political, economic and social mood of the nation today, Langer forecasts and handicaps what’s ahead for the 2012 elections. He discusses how trends inform current—and future—public attitudes and the resulting policies. It’s an illuminating look at where we are, where we’re headed and the forces that will shape attitudes for years to come.

What Your Customers Really Think
Think you know your customers? Guess again. What they tell you in sit-downs might be much different from how you’re really perceived. To make better business decisions, you need to know how you’re perceived, not only by your customers, but by the rest of your industry. Respected pollster Gary Langer, Emmy Award-winning pollster for ABC News, provides you with a presentation customized specifically for your organization, with information you need to make smart business decisions for the future. No matter what your industry or specialization, Langer collects, reviews and analyzes relevant data, delivering a hard-hitting and eye-opening review of current perceptions, their sources and the opportunities and challenges they present. You’ll come away with a better understanding of your perception in the marketplace, and how to leverage that information to be more competitive.

The founder and president of Langer Research Associates, Gary Langer is an internationally recognized public opinion researcher with expertise in analysis of political, policy, economic and social attitudes, questionnaire design, data interpretation, survey methodology and survey management. With more than 25 years in the field, Langer has overseen and analyzed more than 700 surveys on a broad range of topics as director of polling at ABC News.

Langer has won two Emmy awards and received eight Emmy nominations – the first and only to cite public opinion polls – as well as being honored with the 2010 Policy Impact Award of the American Association for Public Opinion Research for a series of surveys in Afghanistan and Iraq, described in AAPOR’s citation as “a stellar example of high-impact public opinion polling at its finest.” He’s a two-time winner of the University of Iowa-Gallup Award for Excellent Journalism Using Polls, produced a pair of ABC News polls recognized by the Excellence in Media Coverage of Polls Award from the National Council on Public Polls and shared a DuPont-Columbia Award for ABC’s 9/11 coverage.

Langer created ABC’s industry-leading survey standards and vetting operation and has advanced disclosure initiatives through professional organizations. A frequent speaker, writer and commentator on public attitudes, he’s the author of an award-winning blog, The Numbers, at ABCNews.com, has authored or co-authored nearly 30 scholarly papers and has given scores of invited presentations on the meaning and measurement of public opinion.