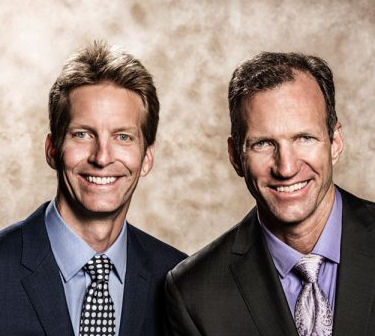 You’ve heard of keynote speakers..but keynote jugglers? The best keynote speakers do a lot more than present a meaningful and informative message: they act as a springboard to launch your imagination, expand your perception and open new doors to possibility! Whether hanging audience members from bungee cords or juggling the most unlikely objects, The Passing Zone is a living metaphor for those balancing unending expectations.

In their brand new show, The Passing Zone asks…can Jon Wee and Owen Morse save the world through laughter and dangerous stunts? It can’t hurt to try, so that’s exactly what they are going to do! The Passing Zone has been wowing audiences for decades with hilarious, award-winning performances. They have been finalists on America’s Got Talent, they have performed at the White House, and they hold 4 Guinness World Records. Their combination of comedy, dexterity, danger, and hilarity has audiences on their feet all across the globe.

Imagine this: Take two guys with chainsaws, put them in tights, throw in a Garden Weasel®, and what do you get? Well, it’s kind of hard to explain, but they’re called The Passing Zone and they’ll amaze your audience members. 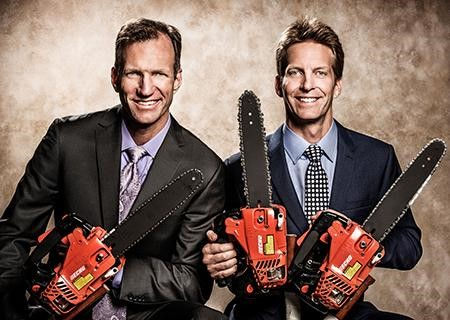 In their carefully tailored presentations, Jon Wee and Owen Morse entertain, inspire and offer a unique new perspective on life. Juggling everything from rubber balls to executive teams, they launch the audience’s imagination expand their perceptions and open doors to new possibilities. For over 20 years, The Passing Zone has been performing their exciting show all over the world. One of the leading entertainment duos in the nation, they have appeared on The Tonight Show, Today and Live with Regis and Kelly, and were finalists on America’s Got Talent.

Teamwork: The Power of Partnerships
Jon and Owen don’t just talk about teamwork – they DO it. The Passing Zone shows your people how to be a high-performance team. It takes trust, cooperation, communication, and practice. Chainsaws fly through the air, audience members become part of the team, and your group will laugh, gasp, and wipe tears from their eyes during this hilarious keynote from one of America’s most dynamic performing duos.

The Passing Zone on I.C.E.!
Innovation. Collaboration. Execution. These are the cornerstones of success for this exciting and hilarious duo. In this new keynote, Jon and Owen show your group how these principles lead to success, all while having a great time. If your people can Innovate, Collaborate, and Execute, they can accomplish great things (even without 3 chainsaws!). Serve your next event over ICE!

The Passing Zone is one of the most successful and sought-after corporate acts working today. 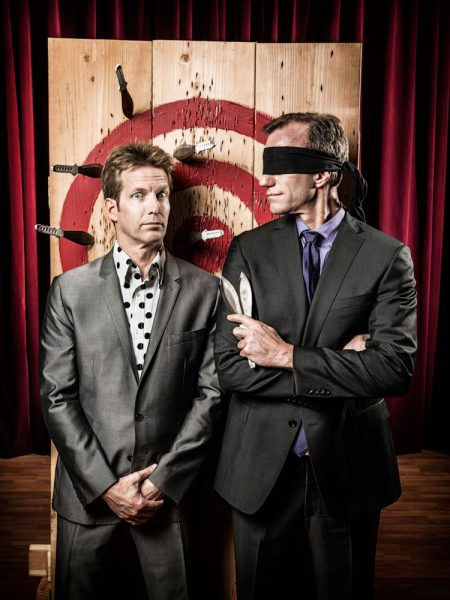 Owen Morse and Jon Wee met in 1986 at a juggling convention and instantly knew they were destined to be a team. But they decided to graduate from college first. Which they both did. Rather than pursue careers in Economics and Psychology, they lit some torches and started throwing stuff into the air. And things clicked. Two weeks after their first performance together they won the Silver Medal at the International Juggler’s Association Teams Competition. The next year they won the Gold. That recognition earned an invitation to appear at the renowned Comedy and Magic Club in Los Angeles, where on their first night they were approached by The Tonight Show talent scout and booked for their first national television appearance in September 1990. Johnny Carson enjoyed them so much they were asked back less than a year later. Their first feature film followed, The Addams Family Movie, where Jon and Owen doubled for Gomez (Raul Julia) and Uncle Fester (Christopher Lloyd) in the climactic Mamushka dagger-passing scene. More recently, they appeared in the award-winning comedy documentary, The Aristocrats.

The Passing Zone’s first London appearance was in the Royal Variety Performance at the Dominion Theatre performing for Prince Charles and sharing the bill with Tony Bennett and Riverdance. They expanded their US national television audience by passing clubs over the heads of the Miss America Pageant contestants during the swimsuit competition, demonstrating almost inhuman concentration skills! Most recently, they were finalists on NBC’s America’s Got Talent where they lost one million dollars to an 11-year-old. They were the highest- rated comedy act and they eventually won the affection of David Hasselhoff who previously claimed to hate all jugglers.

Corporate entertainment and keynote speaking gradually became their primary market, for which they are a natural fit. Their act is clean so it offends no one. They appeal to all ages and all walks of life, so whether their audience is a group of mechanical contractors, software engineers, hairdressers or billionaire business leaders, they are always a hit. Not only do they entertain, but they customize their performances by juggling a company’s product, incorporating their slogans and inspiring groups to be better teams. Their corporate career really took off after a national Million Dollar Round Table (MDRT) event in Atlanta, which was quickly followed by other MDRTs in Chicago and Singapore. After main stage appearances at Meeting Professionals International (MPI), the National Speakers Association, YPO, ICPA and others, the industry took notice, and they’ve been off and running ever since. Clients such as eBay, Firestone, Old Navy, Microsoft, IBM, Kodak and IASB have brought Jon and Owen to their events to liven things up and motivate their people. The London Business Forum recently enlisted The Passing Zone and it was one of their highest-rated events ever. 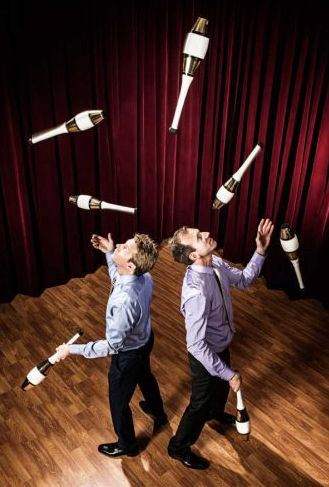 Jon and Owen have published articles on Teamwork, Work-Life Balance and Taking Risks in countless industry periodicals including Business People, Special Events, Smart Meetings, Networking Times, Financial Executives, Successful Meetings, Home Business and many more. They were chosen as a Best Bet for entertainment by The Wall Street Journal and Special Events magazine named them one of the Hottest 26 Speakers. Jon and Owen are known as much for their comedy as their juggling skills. They were featured twice on the gala stage at the Just for Laughs Comedy Festival in Montreal and have opened for comedians Bill Cosby, George Carlin, Bob Newhart, Bob Hope and Penn & Teller. Television appearances have included Comic Strip Live, An Evening at The Improv, MADtv, Penn & Teller’s Sin City Spectacular, Steve Harvey’s Big Time and regular returns to NBC’s Today. And they were commentators on ESPN for their coverage of the World Juggling Federation competitions.

A year ago they were guest performers at The White House. The Passing Zone have been awarded five Guinness World Records and 18 Gold Medals from the International Juggler’s Association. They were recently presented with that organization’s Award of Excellence, for “excellence in the art of juggling through professional performance,” which is the most prestigious award in juggling (essentially the Juggling Hall of Fame), given to only thirteen acts worldwide. In addition to their corporate appearances, The Passing Zone can be seen performing their full evening show titled Gravity Attacks! in theaters and performing arts centers nationwide. 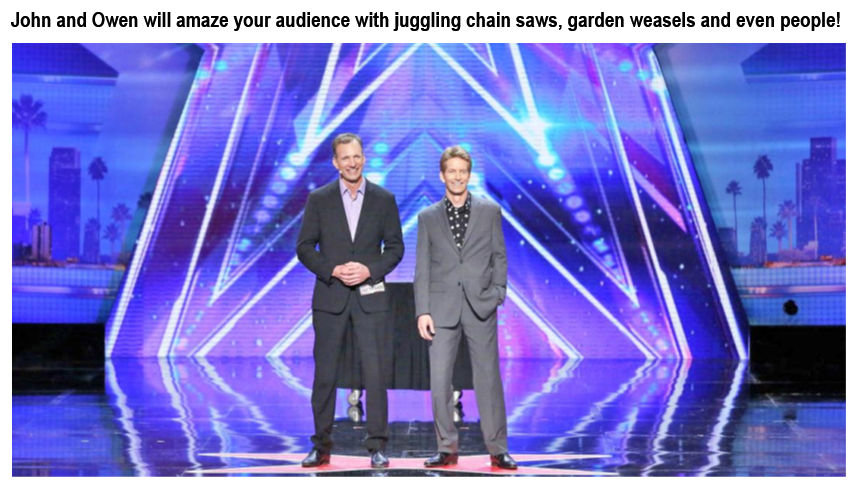