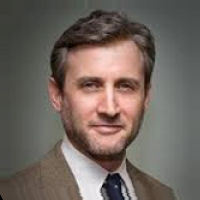 Legal analyst for ABC News and substitute anchor for Good Morning America, social media entrepreneur Dan Abrams offers his trusted perspectives on today’s legal headlines and how the business world can use social media to reach their customers. Dan Abrams is CEO of Abrams Research, which connects business and the media with a specialization in social media strategy and founder/publisher of Mediaite.com, a website for news, information and opinions about print, online and broadcast media, offering original and immediate assessments of the latest news as it breaks. He is also one of the most trusted and influential legal analysts in the country who has covered the highest profile trials of the past two decades as an attorney and reporter. Former legal analyst and longtime anchor for NBC News and MSNBC, he served as the Chief Legal Analyst for NBC News prior to joining ABC. Abrams provides unique insight on the biggest legal issues of the day: from the Supreme Court to the criminal trials everyone is talking about, to President Obama’s decisions on the most significant legal matters of the day.

Social Media Strategy in Today’s Business World
The media landscape has experienced a revolution which has profound implications for how businesses reach their customers. While the traditional objectives of businesses remain the same – to build brand identity, develop customer loyalty, and communicate with investors – social media has introduced powerful new, and cost-effective tools to achieve these age-old goals. Dan’s firm, Abrams Research, has become a social media leader, advising top corporations on how to adapt to this shifting landscape in order to not just survive, but thrive, in these challenging times. Abrams Research’s “Social Media Guide for Businesses” has become a must read for many of America’s largest businesses trying to make social media work for them.

On the Law and In the News
From today’s biggest trials and headlines to President Obama and his relationship with the courts, Dan Abrams covers it all. Abrams provides insightful analysis on current events, the law and the highest profile cases getting the attention of media. 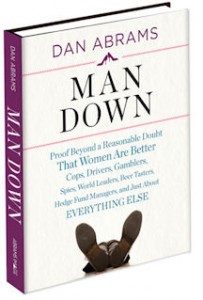 Dan Abrams is the chief legal analyst for NBC News and MSNBC. He also serves as a contributor to Dateline, Today and MSNBC.

From June 2006 to October 2007, Abrams was the general manager of MSNBC. Prior to his management appointment, Abrams hosted The Abrams Report, a nightly legal affairs program, and later hosted the prime time show, Verdict with Dan Abrams. In November 2008, he started a media consulting firm called Abrams Research. In July 2009, Abrams launched Mediaite.com, a website for news, information and opinions about print, online and broadcast media, offering original and immediate assessments of the latest news as it breaks.

Abrams began his career at NBC Sports in 1988 at the Seoul Olympics and Wimbledon. His primary duties included making coffee runs, icing sodas and keeping certain anchor positions dust-free. Nearly a decade later, Abrams joined NBC News as a general assignment correspondent in 1997 and quickly became a regular contributor to NBC Nightly News, Today, and Dateline NBC. Abrams has reported on all of the highest-profile cases of the past two decades including the Bush v. Gore post-election battles, President Clinton impeachment trial, the Oklahoma City bombing trials and the legal debate over the treatment of detainees.

Prior to joining NBC News, Abrams served as an anchor and reporter for Court TV. He covered the O.J. Simpson criminal and civil trials from Los Angeles and the International War Crimes Tribunal from The Netherlands. He also worked as an NBC News consultant from 1995 to 1997.

An accomplished writer, Abrams has had articles published in, among others: The New York Times, The American Lawyer, and The Yale Law and Policy Review. He also writes a monthly legal column for Men’s Health magazine.