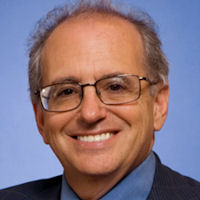 A highly respected and trusted political analyst, Norman Ornstein delivers an in-depth commentary about the American political system and its various processes. An observer of U.S. politics for over 30 years, Ornstein delivers spot-on analyses of the Washington political scene. Through a combination of scholarship, hard journalism and practical down-to-earth understanding of human nature, he not only comments on the political process but gets right down in the thick of it. Deemed the “nation’s hottest pundit” by Columbia Journalism Review and an “icon of the press”  by National Journal, Ornstein is a resident scholar at the American Enterprise Institute for Public Policy Research and a columnist for Roll Call newspaper.

A regular on numerous television and radio programs, including Nightline, Charlie Rose, All Things Considered and The NewsHour with Jim Lehrer, Ornstein became the first “pollster” for the Comedy Central network. His many books include: The Permanent Campaign and Its Future (2000), The Broken Branch: How Congress is Failing America and How to Get It Back on Track (2008)—deemed “a classic” by The Economist—and most recently The New York Times best-seller It’s Even Worse Than It Looks: How the American Constitutional System Collided With the New Politics of Extremism (2012). Highlighted by National Journal as one of the select few called upon to “deliver the final word,” Ornstein writes regularly for The Washington Post, The New York Times, The Wall Street Journal and The Atlantic. Named one of 100 outstanding Global Thinkers by Foreign Policy in 2012, Ornstein shares with audiences a keen and highly provocative commentary on key policies relative to foreign policy, energy and the economy.

The Institution of Compromise: Why Hyper-partisanship is No Laughing Matter
With a political climate that reveals an unprecedented level of hyper-partisanship and an extreme unwillingness to compromise, longtime political pundit and commentator, Norman Ornstein outlines how the U.S. is on the brink of institutional collapse and doubled-over in deadlock. As chronicled in his recent book, It’s Even Worse Than It Looks: How the American Constitutional System Collided With the New Politics of Extremism (2012), Ornstein identifies the two primary causes behind this pernicious state of affairs. At the lead is the issue of party mismatch and a governing system that makes it difficult for majorities to act. In close second is the issue of party culpability and “asymmetric polarization.” With a unique sense of humor, extraordinary eye for detail and over 30 years in the field, Ornstein discusses specifically what each of these issues entails and their possible solutions. 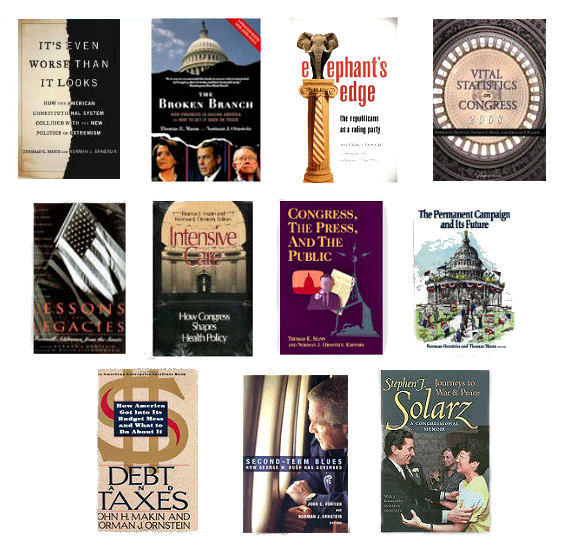 Norman J. Ornstein is a resident scholar at the American Enterprise Institute for Public Policy Research. He writes a weekly column called “Congress Inside Out” for Roll Call newspaper. He has written for The New York Times, Washington Post, Wall Street Journal, Foreign Affairs, and other major publications, and regularly appears on television programs like The NewsHour with Jim Lehrer, Nightline and Charlie Rose. At the 30th Anniversary party for The NewsHour, he was recognized as the most frequent guest over the thirty years. He was the first “pollster” for the Comedy Central network working with Al Franken in 1992, and was the first guest to appear twice on The Colbert Report.

He serves as senior counselor to the Continuity of Government Commission, working to ensure that our institutions of government can be maintained in the event of a terrorist attack on Washington. He was a founder and board member of the National Commission on Public Service, known as the Volcker Commission. He co-chaired the Presidential Advisory Committee on the Public Interest Obligations of Digital Television Broadcasters, known as the Gore Commission. He has co-directed the AEI-Brookings Election Reform Project and the Transition to Governing Project, among others. His campaign finance working group of scholars and practitioners helped shape the major law, known as McCain/Feingold, that reformed the campaign financing system. Legal Times referred to him as “a principal drafter of the law.” He served for six years as a member of the Board of Directors of the Public Broadcasting Service (PBS) and is currently on the boards of the Campaign Legal Center, the U.S. Capitol Historical Society, the Center for U.S. Global Engagement and UCB, a global biopharmaceutical company. He was elected as a fellow of the American Academy of Arts and Sciences in 2004. He was the recipient in 2006 of the American Political Science Association’s Goodnow Award for distinguished service to the profession. His alma mater, the University of Minnesota, gave him an honorary doctor of laws in 2007. Foreign Policy named him one of 100 outstanding Global Thinkers in 2012.

His many books include The Permanent Campaign and Its Future, with Thomas E. Mann, Debt and Taxes: How America Got Into Its Budget Mess and What to Do About It, with John H. Makin. The Broken Branch: How Congress Is Failing America and How to Get It Back on Track, co-authored by Thomas E. Mann, was picked both by The Washington Post and The St. Louis Post-Dispatch as one of the best books of 2006. Their latest book is The New York Times best seller, It’s Even Worse Than It Looks: How the American Constitutional System Collided With the New Politics of Extremism.