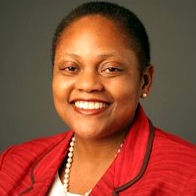 As the first woman U.S. Ambassador to South Africa Jendayi Frazer was the leading architect of U.S.-Africa policy for nearly a decade, serving in senior positions across the U.S. Government at the State Department, National Security Council and Department of Defense. The former top diplomat on Africa, she brings unparalleled access to African leaders and officials, and offers valuable insight on recent and future developments in Africa, and on U.S. foreign policy, international development policy and national security decision-making.

As Assistant Secretary of State for African Affairs and Special Assistant to the President for African Affairs at the National Security Council Frazer was the lead adviser on Africa to the President, National Security Advisor and Secretary of State, and was instrumental in establishing innovative development initiatives including the President’s Emergency Plan for AIDS Relief (PEPFAR), African Education Initiative and the Millennium Challenge Account. She also designed the administration’s policies for ending the wars in the Democratic Republic of the Congo, Sierra Leone, Liberia and Burundi, and was central in resolving the political dispute following Kenya’s 2007 presidential election.

As Ambassador, Frazer was the chief executive of the largest U.S. embassy in sub-Saharan Africa, and directed $200 million in U.S. assistance to South Africa. She championed American business with South Africa as the primary destination of U.S. private investment in sub-Saharan Africa. Frazer has served both Republican and Democratic Administrations, and prior to government service was Assistant Professor at the University of Denver and at Harvard University. She returned to academia in 2009 as Distinguished Public Service Professor at Carnegie Mellon University. Frazer offers expert insight on African Affairs, international development issues and U.S. foreign and national security policy of interest to business audiences, foundations and international development agencies, educators and citizen groups interested in today’s global challenges.

Moving Africa Forward: Achievements, Challenges and Opportunities
Genocide in Darfur, Somali pirates, chaos in the Congo, and oil bunkering in Nigeria grab today’s headlines but Frazer reveals that Africa’s realities are more complex and promising. Over the last decade economic growth in sub-Saharan Africa (SSA) outpaced the west; two-thirds of SSA countries are democracies today compared to only a quarter in 2000; eight major wars ended between 2001-2008; and more than a million lives were saved from the HIV/AIDS pandemic. While U.S. foreign policy helped achieve this recent decade of progress, the Obama Administration faces significant challenges moving Africa forward in the face of the global economic downturn. As the lead designer of U.S.-Africa policy from 2001 to 2009, and based on her thirty years of Africa experience, Dr. Frazer offers candid firsthand insight into the challenges the Obama Administration will face in crafting an effective foreign policy to address today’s global challenges, including:

Promoting Human Dignity: International Development Policy and Assistance that Works
Governments, corporations, foundations and private citizens have poured billions of dollars into development in the poorest countries; yet, a billion people still live on less than two dollars per day. Globalization brings with it the reality that persistent poverty in one country or region affects us all through the proliferation of criminal and terrorist networks to the outbreak of diseases pandemics. While the debate rages between private sector and government funded solutions, Frazer’s experience designing innovative and highly acclaimed initiatives like the President’s Emergency Plan for HIV/AIDS Relief and the Millennium Challenge Account, demonstrates it is possible to translate development assistance into global poverty alleviation. Frazer shares her practical policy expertise by outlining a comprehensive development approach to help the poorest countries escape from poverty.

South Africa at the Crossroads
South Africa’s remarkable transition from international isolation to an emerging global power is increasingly strained by labor unrest and persistent economic disparity. South Africa is sub-Saharan Africa’s largest economy and the destination for most private foreign investment to the region. South Africa also provides most foreign direct investment into other African countries; hence, its future holds a key to unlocking the potential of the entire continent. As the country enters its first recession in 17 years, tackling longstanding economic and social challenges, such as addressing high rates of unemployment and HIV/AIDS prevalence are key to maintaining South Africa’s investment attractiveness and global standing. How will South Africa’s new President, Jacob Zuma, and his Administration manage the challenges? Frazer offers insight into the opportunities and risks for doing business in South Africa based on her extensive Africa experience including service as the first woman U.S. Ambassador to South Africa. 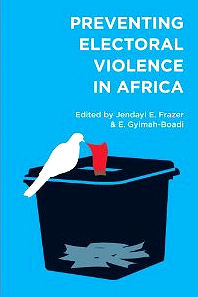 Jendayi E. Frazer is known worldwide as a policy leader and expert on African Affairs. She joined the faculty at Carnegie Mellon University in 2009 as Distinguished Public Service Professor with joint appointments in the Department of Social and Decision Sciences, and in the H. John Heinz College’s School of Public Policy and Management (read more about Heinz College’s Washington, DC, program). Her current research focuses on strengthening regional security

cooperation and economic and political integration in Africa. She is the Director of Carnegie Mellon’s new Center for International Policy and Innovation (CIPI) where she is particularly interested in utilizing technology and applying innovative solutions to core issues of development and governance in Africa.

Ambassador Frazer was the leading architect of U.S.-Africa policy for nearly a decade, most recently serving as the U.S. Assistant Secretary of State for African Affairs from August 2005 to January 2009. She was Special Assistant to the President and Senior Director for African Affairs at the National Security

Council from January 2001 until her swearing-in as the first woman U.S. Ambassador to South Africa in June 2004. During Frazer’s government service, U.S. assistance to Africa quadrupled reaching an historic high of $6.7 billion by 2008. She was instrumental in the decisions that established the Bush Administration’s signature initiatives, including the $15 billion President’s Emergency Plan for AIDS Relief (PEPFAR), the $500 million African Education

Initiative, as well as the Millennium Challenge Account that committed $3.2 billion to well-governed African countries by 2008. Frazer is widely credited for designing the administration’s policies for ending the wars in the Democratic Republic of the Congo, Sierra Leone, Liberia, and Burundi. She was also instrumental in resolving the crisis following Kenya’s 2007 presidential election. In recognition of her contributions, Secretary Condoleezza Rice presented Frazer with the Distinguished Service Award in January 2009, the highest award bestowed by the Secretary of State.

in International Policy Studies in 1985 and International Development Education in 1989, and a Ph.D. in Political Science, 1994 all from Stanford University.