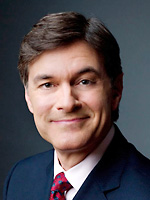 One of the most accomplished heart surgeons in the world, Dr. Mehmet Oz shares his guidelines for good health and health care that, if adopted, can change your life and save others’ lives.

Mehmet Oz, M.D., is a renowned New York Times best-selling author. In 2008 he was listed as one of TIME magazine’s “100 Most Influential People.” Host of the nationally syndicated Dr. Oz television show, Oz is the resident health expert on The Oprah Winfrey Show, is a regular guest on Good Morning America, Larry King Live, and has a regular column in Esquire magazine. He educates audiences about the inner workings of the human body and promotes well-being in a fun, interesting way that motivates audiences to live better.

A Healthier YOU
Based on his five best-selling books, including YOU: The Owner’s Manual, Dr. Oz shares with audiences his philosophies on living better and ways to achieve optimum health. His common-sense, inspiring presentation includes quizzes, trivia, and facts that are informative and amusing. Audiences leave feeling not only empowered to take charge of their health in small, everyday ways, but able to make life decisions toward healthier lifestyles. 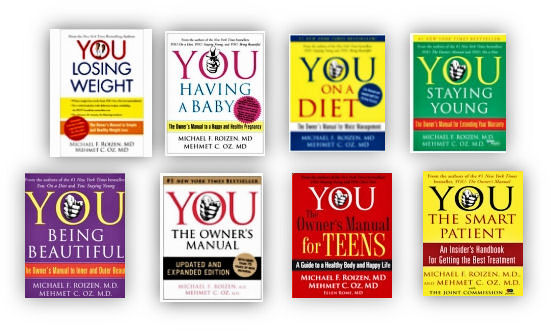 Although he’s pioneering new ways of thinking about medical care, Dr. Mehmet Oz, an award-winning heart surgeon with an undergraduate degree from Harvard and a joint MD and MBA from the University of Pennsylvania School of Medicine and the Wharton Business School, wasn’t always sure medicine was his calling. “As a child I wanted to be either a pro athlete or a heart surgeon,” says Oz. “I failed at the former, so I pursued the latter. In reality, they are scarily similar professions. You have to deliver the goods every day. And no one cares how well you performed yesterday.”

For over five years and 55 episodes, Dr. Oz was a featured health expert on The Oprah Winfrey Show; he also served as chief medical consultant to Discovery Communications, where his Transplant! series won both Freddie and Silver Telly awards. In addition, Oz has appeared on Good Morning America, Today, Larry King Live, and The View, and was a guest host on the Charlie Rose show.

The author of four New York Times bestsellers – You: The Owner’s Manual, You: The Smart Patient, You: On a Diet, and You: Staying Young – and the award-winning Healing from the Heart, Oz also has a regular column in Esquire and Reader’s Digest. His article “Retool, Reboot, and Rebuild” was awarded the 2009 National Magazine Award for Personal Service.

His approach incorporates both traditional Western techniques for treating disease and alternative ideas about healthy lifestyle choices that contribute to overall wellness. He has successfully treated patients – some of them famous celebrities – with a combination of cutting-edge Western techniques and alternative Eastern therapies such as acupuncture and yoga. He encourages patients to become partners with their doctors.

In addition to belonging to every major professional society for heart surgeons, Dr. Oz was elected as a Global Leaders of Tomorrow by the World Economic Forum, and won the prestigious American Association for Thoracic Surgery Gross Research Scholarship. He was voted “The Best and Brightest” by Esquire magazine and was elected one of the Doctors of the Year by Hippocrates magazine and one of the Healers of the Millennium by Healthy Living. He is annually elected as one of the best physicians in the USA by the Castle Connolly Guide as well as other ranking groups. In 2006 he was honored as one of The Harvard 100 Most Influential Alumni in 02138 Magazine. In 2008, Dr. Oz was honored as one of the Top 100 influential people in Time magazine for his work.