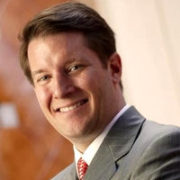 Supercharging audiences with positive energy, Charles P. Garcia provides invaluable takeaways for individuals, which will help them break through their perceived limitations and pursue extraordinary success. Speaking from true experience Garcia has a life story that is both eclectic and inspiring. He grew up in the Republic of Panama, graduated from the U.S. Air Force Academy, founded an investment banking firm that grew from three people into 60 offices in 7 countries and serves as one of the youngest members of a Fortune 500 board, among other accomplishments.

Today he is an established leader in the business, Hispanic, military and government worlds. This highly decorated military officer is also a Columbia Law School graduate, a former White House Fellow and a best-selling author. Garcia is a living example of the philosophy he preaches and the lessons he teaches. Hailed as one of 14 Latino role models for the nation in the book Hispanics in the USA: Making History and as one of the nation’s 100 most influential Hispanics by Hispanic Business magazine, Garcia’s leadership abilities have earned him a role in the administration of four U.S. Presidents.

For Garcia, success in life means finding your passion and following it. Using motivational tools and valuable takeaways presented with an energetic style, he encourages his audiences to look within themselves to discover their life’s passion.
His lessons stay with audiences long after they’ve left. Bold, provocative, and inspiring, Garcia’s message serves as a catalyst to help people dream big, set written goals, and take action.

A true speaking sensation, Garcia enlightens, empowers, and energizes every audience, every time.

The American Way of Leadership—10 Life-Changing Secrets From Great American Leaders
Garcia imparts 10 timeless tenets of successful leadership derived from over 200 interviews with America’s top leaders while researching and writing Leadership Lessons of the White House Fellows: Learn How to Inspire Others, Achieve Greatness, and Find Success in Any Organization. He encourages audiences to challenge their preconceived notions of leadership while helping them absorb the practical, tactical qualities of truly great leaders and apply these principles to their own lives. At the same time, he will illustrate these lessons with personal glimpses into how America’s super successful leaders work, how they think, and how they reached ultimate success.

Awaken the Sleeping Giant: Tap into Your Subconscious Mind and Program Yourself to Succeed
As part of this dynamic presentation, Garcia will share the story of Dr. Charles Kelman, the eye surgeon who invented the modern day procedure for cataract surgery. In order to achieve his goals and make his groundbreaking discoveries, Dr. Kelman followed a daily technique that utilized the power of his subconscious mind to drive him to exceptional achievements. “You must write down all your dreams, prioritize the top ten into a life plan, and look at them three times a day,” says Dr. Kelman. “This way they become ingrained in both your conscious and subconscious mind.” Garcia will reveal how you too can implement Dr. Kelman’s techniques to achieve your life goals—and he’ll share many other examples of individuals that have followed these strategies with extraordinary results. To help audiences create their own life plan, Garcia has created a FREE web-based interactive software program that he provides to the audience members. On the site, individuals will be guided through a series of questions about their future goals in ten areas of their life. Once their top 10 goals are written down, then the software program assists them to develop navigational action steps to achieve each one. To inspire them to take action, they will receive “reminder emails” to their computers three times a day.

Catch the Latino Wave: How to Reach (and Profit From) The Latino Customer
There are only a few speakers who truly understand how to successfully market to the Latino consumer, and Charles Garcia is one of them. In this presentation companies and audiences will learn many of the unique and interesting cultural complexities and nuances of the Latino culture and mind set and how corporations that want to target this booming demographic can do so successfully.

Diversity in Action: Making Your Employees “Differences” Work for You
Never has it been more important to capture the ideas, innovations, and energies of every employee in your business. The rapid globalization of business and our nation’s own changing demographics are sure to have a profound and growing effect on America’s corporations. Those who embrace diversity with a strategic approach and an eye toward economic benefits and return rather than as a socially mandated, “feel-good” directive based on keeping the company politically correct will be able to compete more effectively in the future. In today’s economy, companies must take a holistic approach to diversity, one that incorporates employee recruitment, supplier/affiliate relationships, marketing, community involvement and more. Diversity is not just a way to remain competitive in our changing world but can and will give you the competitive edge in seeking out new customers and increasing revenues.

Thriving in the Business World: A Crash Course in Entrepreneurial Success
Even in today’s tough economy, you can be a successful entrepreneur. If starting your own business is your passion, then you won’t find a better person to show you the ropes than Charles Garcia. In this fast-paced, informative presentation, Garcia pulls from his 15 years of experience starting and growing his own businesses to help audiences avoid obstacles and achieve greatness on their paths to entrepreneurial success. He knows what he’s talking about. Garcia started a small company with three people out of the broom closet of another firm and grew it to sixty offices in seven countries. His firm was named by Inc. magazine as the #8 fastest growing, privately held company in the country. He was named Entrepreneur of the Year by three national organizations. You won’t find a better mentor for entrepreneurs anywhere else.

Charles P. Garcia is the bestselling author of “A Message from Garcia”. His personal story is as dynamic and inspiring as his books. Whether he’s serving as a key advisor to some of the world’s most important business, military, and political leaders, founding his own highly successful company, surfing a towering wave off the Hawaiian coast, or racing his Dodge Viper, he does it with a refreshing blend of gusto, style, and down-to-earth approachability.

Since graduating from the U.S. Air Force Academy and earning a master’s degree in public administration from the University of Oklahoma as well as a law degree from Columbia Law School, Garcia has made a mark in business, government, the military, and education—and as a role model to the Hispanic community. In 1997, at the age of 36, he founded a global business that was ranked eighth on the Inc 500 list of fastest-growing privately held companies in the country. Hispanic Business identified Garcia as one of the 100 most influential Hispanics in the United States, and Univision Television selected him for their series Orgullo Hispano (Hispanic Pride), which spotlights Hispanics who have made an exceptional impact on the culture and life of American society.

In 1988 at age 27, Garcia was selected as one of 14 White House Fellows that year. He later received two more presidential appointments: the first was to serve on a national education commission, and the next was to serve as chairman of the U.S. Air Force Academy Board of Visitors, which oversees all operations at the military academy. Additionally, the governor of Florida appointed him to serve as the only Hispanic member of the state’s Board of Education. Garcia has worked in three presidential administrations and has advised a Cabinet secretary, a governor, and a former NATO Supreme Allied Commander on diverse issues ranging from education, drug interdiction, Latin American politics, counter insurgency training, and more. A highly decorated military officer, Garcia was tapped to be the behind-the-desk military analyst for Telemundo during the Iraq War and has appeared as a commentator on Crossfire, Fox News, CNN,CBS, Univision, CNN en Español, and The Cristina Show.

Garcia has attended corporate governance courses at Harvard Business School, the Wharton School, Columbia Business School, and Northwestern University’s Kellogg School of Management. He currently serves on two Fortune 500 company boards—the board of directors of the WinnDixie Stores, Inc. and an advisory board of Aetna—and has become a highly sought-after speaker, presenting talks on leadership at Fortune 500 companies, professional associations, government agencies, and other organizations worldwide. By using anecdotes to illustrate character-building lessons learned throughout his lifetime—from his childhood growing up in Latin America to his thrilling years in Washington, D.C., working along-side the world’s most respected leaders, to launching his own successful global firm from an empty broom closet—Garcia shares inspiring stories of leadership, public service, entrepreneurship and family life that motivate and energize audiences in powerful ways. His deep sense of peace, his commitment to public service, and his infectious zest for life have inspired thousands of people around the world—his trademark takeaways can change your life or transform your organization.