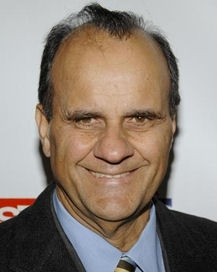 Drawing on his years of experience in the corporate microcosm of professional baseball, Joe Torre shares his wisdom on the universal concerns of all managers: handling tough bosses, dealing with both setbacks and success, earning the trust and respect of the team and molding a diverse group of individuals into a cohesive unit willing to make the sacrifices necessary to win. Torre led one of the most fabled franchises in sports history–the New York Yankees–for 12 years, and now manages the Los Angeles Dodgers. During his tenure with the Yankees, the team won six American League Pennants and four World Series Championships. For all of his success, Torre remains down to earth, good-humored and practical in his approach to leadership and success. Torre is the author of three books including The Yankee Years (2009), which details his trials and triumphs as the manager of the Yankees. In 2009, Sports News named Torre one the 50 greatest coaches of all time. The most legendary manager in baseball today, Joe Torre shares his individual and organizational secrets of success, sacrifice, communication, trust and dealing with adversity.

A Conversation With Joe Torre 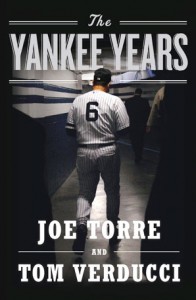 Joe Torre was named manager of the Los Angeles Dodgers on November 1, 2007, becoming the 26th manager in the team’s history. In 2008 and 2009, Torre led the Dodgers to the National League Championship Series. In 2009, Sporting News named Torre one the 50 greatest coaches of all time.

Prior to the joining the Dodgers, Torre spent the previous 12 seasons as manager of the New York Yankees. The 31st manager in that team’s history, Torre joined Casey Stengel, Yogi Berra and

Dallas Green as the fourth skipper to wear the uniform of both the Yankees and the New York Mets. The Yankees made the playoffs every year during his tenure. He led the Yankees to six World Series appearances during the 12-year span and they won four championships, most recently in 2000. The 2000 title was the 26th overall for the Yankees, the most of any team in professional sports. They are just the third baseball team ever to win four titles in five years; the other two were also Yankees teams.

In 1971, Torre was the National League MVP as a member of the Cardinals. By leading the league with a .363 batting average, 230 hits, 137 RBIs and 352 total bases, Torre became the first player to lead the NL in four offensive categories since Stan Musial, with eight, in 1948. Torre was named catcher on the Sporting News All-Star Team from 1964-66. He received the NL Gold Glove Award in 1965. Torre hit the first regular season home run in Atlanta’s Fulton County Stadium and holds the record for most home runs (36) in a single season (1966) by a Braves catcher.