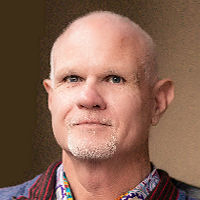 Jim Morris’ journey is a testimony to the power of dreams and their ability to inspire and transform human life. Eleven years after retiring from baseball, he unexpectedly learned a life-changing lesson.  Now a role model to millions, Morris’ memoir, The Rookie, was made into a major motion picture in which Dennis Quaid portrayed him. A schoolteacher by trade, Jim is a loveable storyteller whose miracle story captivates and inspires audiences to never give up on a dream.

Jim “The Rookie” Morris’ Cinderella story serves as testimony to the power of dreams and their ability to inspire and transform human life. Jim’s meteoric rise from 35 year old high school teacher to flame throwing major league pitcher in 3 months made cinematic history with the release of “The Rookie” starring Dennis Quaid. This heartwarming and unforgettable Disney blockbuster about chasing your dreams and keeping your promises won the ESPY for Sports Film of the Year. Sports Illustrated also voted it one of the five greatest baseball films ever made.

Let it be said that Jim Morris the speaker is more entertaining than the legendary film about his life. Imagine having a regular guy like Tom Hanks over to your house for a cup of coffee and you’ll have a good idea of what to expect from this dynamic speaker and storyteller.

Jim draws lessons from his own life experience to inspire others to become mentors and leaders in their own lives and to chase their dreams. His rare quality of being a great entertainer and a sincere down to earth person at the same time makes him a compelling speaker to audiences of all types. Audiences are also charmed by his sense of humor and comedic timing as well.

Jim has participated in such prestigious speaking events as The Million Dollar Round Table, and he receives standing ovations wherever he goes. Despite his enormous success as a speaker, he has remained genuine and developed a reputation among audiences as being a regular, approachable guy who hangs out with customers. If you are looking for someone who will connect with your group, Jim Morris is your guy. A school teacher by trade, Jim is a loveable storyteller who captivates and inspires others to step up and change their lives!

Jim “The Rookie” Morris’ inspirational and transformational message about following your dreams and having a game plan for success connects with audiences, young and old, male and female. His life story is the inspiration behind the Walt Disney blockbuster film, “The Rookie,” starring Dennis Quaid. It is also the model for the greatest sports film of the 21st century, “The Blindside.”

To motivate his rag tag high school baseball team, Jim, as a 35-year-old schoolteacher, made a bet that he would try out for the big leagues if his team won a district championship. When Jim’s team won, he followed through on his promise, going to a tryout where he threw 12 consecutive pitches at 98 mph! Three months later in front of family and his high school team, Jim achieved his dream of pitching in the big leagues by striking out the first hitter he faced. That’s what Jim Morris accomplished and—it doesn’t matter who you are—we can all relate to fulfilling our goals and dreams. Jim Morris’ story takes place on a baseball diamond, but it’s really about life.

Imagine having Jim tell you his story over a cup of coffee. Jim Morris brings that level of intimacy to your corporate meeting, church, school, or fundraiser. A schoolteacher by trade, Jim Morris is a polished inspirational and motivational speaker, but never slick. In a world lacking in real-life heroes, Jim connects with his audience, because he transformed himself from a man who was struggling into an incredible success. Audiences connect with him because they see themselves in Jim Morris.

Jim Morris is a great speaker who inspires and motivates his audience with honesty and humor. He is candid about his early-life failures and he uses them to provide a roadmap for success in business, family, and community. His is an uplifting, heroic tale about overcoming a tough upbringing. One of the most magical things about Jim Morris is how he takes his stories and weaves them into a roadmap for changing all aspects of your life for the better, whether in business, family-life, or within your community.

Jim Morris can tailor his inspirational and motivational message to a corporate setting, to a school, an association/non-profit, or a church. He works closely with customers to deliver a great meeting and he is a great storyteller! Long after he has left, Jim Morris’ message will continue to resonate with your group. 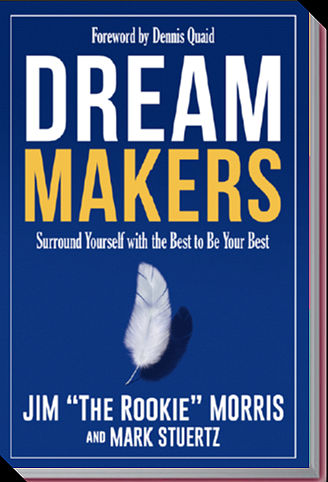