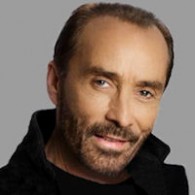 Few artists have ever written a song that has become more a part of America’s cultural landscape than Lee Greenwood, with his iconic “God Bless the USA.” If he’d never written or recorded another hit, Greenwood would have secured his place in music history with that powerful inspiring ballad. “God Bless the USA” has been voted the most recognizable patriotic song in America, taking the top honor over “God Bless America” and the “National Anthem,” but it is only one of the many hits that have propelled Greenwood’s successful career.

With his distinctive voice, insightful songwriting and unparalleled showmanship, Greenwood has been captivating audiences for decades. As proud a he is of “God Bless the USA,” Greenwood is an artist who prefers to look forward not back, and these days he’s most excited about his new recording projects. Competitive and driven as an entertainer, Lee Greenwood is always moving forward, ready to conquer the next challenge. 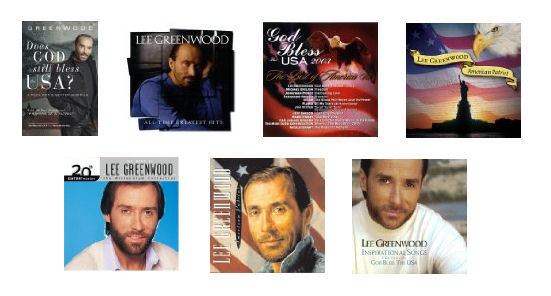 Few artists have ever written a song that has become more a part of America’s cultural landscape than Lee Greenwood’s “God Bless the USA.” If he’d never written or recorded another hit, Greenwood would have secured his place in music history with that powerful inspiring ballad.

“God Bless the USA” has been voted the most recognizable patriotic song in America, taking the top honor over “God Bless America” and the “National Anthem,” but it is only one of the many hits that have propelled Greenwood’s successful career. With his distinctive voice, insightful songwriting and unparalleled showmanship, Greenwood has been captivating audiences for decades.

Along the way, he has won numerous accolades including two Male Vocalist of the Year awards from the Country Music Association and the CMA Song of the Year honor in 1985 for “God Bless the USA.” He has won the Top Male Vocal Performance in 1983 for “I.O.U.” His lengthy string of hits includes such classics as “Ring on Her Finger, Time on Her Hands,” “It Turns Me Inside Out,” “Somebody’s Gonna Love You,” “I Don’t Mind the Thorns (If You’re the Rose)” and “Dixie Road.”

Never one the rest, Greenwood continues to write and record with the same passion and integrity that has always fueled his stellar career. “I want my family to see what I do and not just what I did,” he says of sharing his passion for music with his wife Kim and their two sons, Dalton and Parker. “ I like the artistry of it. I could have been a carpenter or a farmer, but I love the spirit of music. That love still flows and I’m writing much more than I have in previous years. I want to create something new.”

That creative spark began early in Greenwood’s life. He grew up on a farm near Sacramento, California and in between doing the hard work required on a working farm; Lee developed his musical skills. He began playing the saxophone at seven and by the time he was 14, he could play nearly all the instruments in the school orchestra. While still in junior high school, he launched his first band, the Moonbeams.

Greenwood became a working musician at a young age and was very focused on his career. He passed on a music/track scholarship to the College of the Pacific and a shot at a professional baseball career to pursue his musical ambitions. He even skipped his high school graduation ceremony because he had a show to play at the Golden Hotel & Casino in Reno, Nevada. “I needed to put my next foot forward,” says Greenwood with a smile. “ So I skipped graduation and headed for Nevada.”

Like all young musicians, Greenwood was faced with a series of decisions that would significantly shape his career. He met a keyboard player named Felix Cavaliere at the Desert Inn Hotel in Las Vegas where they were both working in the lounge. Lee joined the show group and went to Puerto Rico for a month with a promise to appear on the Ed Sullivan Show. The show fell through and Lee ended up living for a while at the drummer’s apartment in Hoboken, New Jersey. Felix and Dino approached Lee about joining them in forming a band to work and record in New York. However, Lee decided to return to Nevada. The group they would form became the Young Rascals who went on the record the hit “Good Lovin” and enjoy a successful run at the top of the charts. But Greenwood never regretted his decision. “I didn’t want to be part of a band…I always wanted to have a solo career.”

Early on, Greenwood lived in Los Angeles and recorded for Paramount Records, but admits those were lean years. Tired of struggling, he opted for the bright lights of Las Vegas where he became one of the most popular entertainers on the competitive casino circuit. There he honed his live performance skills and developed his craft as a songwriter. Famed country music manager Larry McFadden discovered Greenwood and brought him to the attention of MCA Records Nashville where he teamed with acclaimed producer Jerry Crutchfield to record his groundbreaking country debut album, “ It Turns Me Inside Out.”

Years of performing in Vegas taught Greenwood how to connect with an audience and his ear for a great song combined with his distinctive voice gave him an edge at country radio. He soon became one of the format’s biggest stars serving up such hits as “It Turns Me Inside Out,” “Ain’t No Trick,” “She’s Lying,” “Hearts Aren’t Made to Break (They’re Made to Love),” “You’ve Got a Good Love Comin” and “Going, Going, Gone.”

“I think my choice of material has been an asset to my career. People recognize that I choose songs that have quality and are not cheap shots,” says Greenwood. “ I always record songs that have more depth in the lyric. I’m just not the kind of guy to sing something cute. I’m a songwriter and I go for depth. Maybe that’s what has made me have a lasting career.”

Lee met a young Nashville girl who was in college at the University of Tennessee, Chattanooga. She was also Miss Tennessee USA 1989. On Lee’s USO/DOD tour that year they fell in love and were married in Nashville in 1992.

After more that a dozen years of relentless touring, Greenwood decided to scale back and spend more time with his family. Their son, Dalton was born in April 1995 and the following year the veteran performer opened the Lee Greenwood Theater in Sevierville, Tennessee, a booming tourist town in the Smoky Mountains. Boasting state-of-the-art sound and lighting, the theater provided Greenwood an opportunity to indulge his passion for performing yet remain in one place and spend time with his family. (Second son, Parker, was born in 1998.)

“We had a two and a half hour performance that was like a Broadway show with dancers, singers, costumes, lights and a full band,” says Greenwood. “It was everything you would see in New York and we did 220 shows a year.”

After five years, Greenwood opted to leave the Smoky Mountains and resume touring nationally. He continued to be in constant demand, particularly after the terrorist attacks of September 11 when the nation once again embraced “God Bless the USA” as part of the healing process.

Greenwood admits when he first wrote the song, he had no idea how much it would impact people. “One of the reasons I wrote the lyric ‘I’m proud to be an American,’ is I really wanted to instill the pride back in America. The song represents my family, my community and all the Americans who are proud of who they are.”

As proud a he is of “God Bless the USA,” Greenwood is an artist who prefers to look forward not back, and these days he’s most excited about two new recording projects. He’s currently working on an album of pop standards such as Ray Charles’ classic “I’m Busted” and Cyndi Lauper’s “Time After Time.”

Greenwood is also working on a new country album. “This is more than a comeback album, this is more like a reinstatement of my talent,” he says. “Even at this age, I can still do this effectively and this will be an album for all generations. I’m hoping to discover a new legion of fans that buy the music that Keith Urban, Toby Keith, Brooks & Dunn and Martina McBride are recording. I intend on being competitive. That’s the only way you’ll get on radio and the charts.”

Competitive and driven as an entertainer, Lee Greenwood is also a loving family man and a savvy businessman who has learned to effectively balance all facets of his busy life. And yes, he could sit back and enjoy the success of his career but that’s not Lee Greenwood. He’s always moving forward, ready to conquer the next challenge.

“I’m not easily defeated,” he says sitting in his Music Row office, wearing a smile and an air of determination. “I’ve been at the bottom and I know I don’t like it there. I prefer to be successful. I prefer to be resourceful and in pursuit of excellence and in pursuit of something I have a passion for. I’ve been a musician and a singer since I was seven years old. It’s always something that brought me joy and because I have joy in my heart for doing it, I spread the joy to other people.