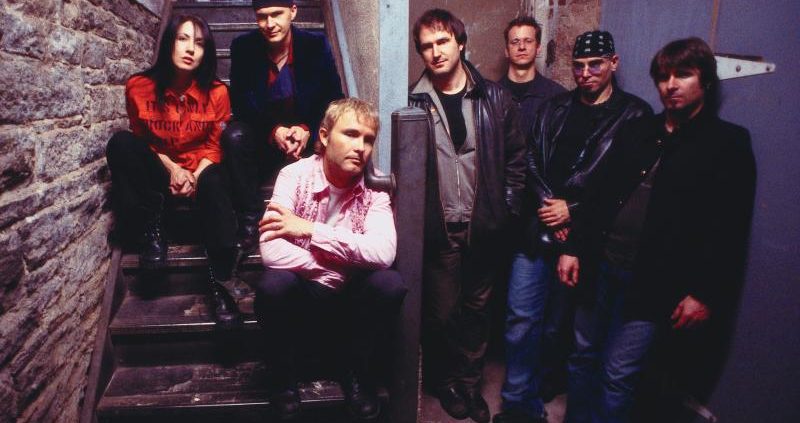 The concept of the East Village Opera Company is totally fresh, but not unprecedented in pop. In 1985, for example, former punk-rock impresario Malcolm McLaren released Fans, an album of “hip-hopera” that brought funky beats and electronic programming to the works of Puccini and Bizet. But EVOC is a whole new thing: an integrated, eleven-strong working band dedicated to rocking the opera and electrifying the classics, as the ensemble has been doing to spectacular effect ever since its New York stage debut in the spring of 2004. You’ve heard opera, and you’ve heard rock—but you’ve never heard opera rocked like the East Village Opera Company.

A powerhouse five-piece band including a string quartet and two outstanding vocalists brings the towering emotion and timeless musicality of opera into the 21st century on its Decca/Universal Classics debut with its inventive, hard-hitting arrangements of the music’s “greatest hits”—including “La donna è mobile” from Rigoletto, “Habanera” from Carmen, and “Nessun dorma” from Turandot — performed at full length and in the original languages.

Started as somewhat of a lark in 2004 by Canadians Peter Kiesewalter and Tyley Ross after collaborating on a film project, East Village Opera Company turned the heads of New York’s music community with a series of electric genre defying shows at Joe’s Pub, the intimate venue housed

by the New York Public Theatre. Initially meant as a one-off project, they were quickly signed to Decca/Universal records and met with universal praise from both classical and rock critics and fans. The Washington Post proclaimed – “Opera crossover acts are becoming a veritable cottage industry, but the East Village Opera Co. is markedly different.”

They have toured the world with a unique live show, combining a seemingly incongruous classical string section with a powerhouse rock band. Time Out New York stated that the group “electrifies the classics for a new generation.” The Associated Press mused the band was “dramatic” and “mesmerizing” while the Wall Street Journal agreed noting; “The band rocks hard, and deranges the opera stuff with savvy skill.”

In a rare feat not many artists can claim, EVOC headlines around the world in both eclectic rock clubs as well as some of the most prestigious classical concert halls. The band’s appeal is evident in both cases – The Chicago Tribune raved; “nobody puts a fresher, friskier contemporary spin on opera’s greatest hits than the East Village Opera Company.” The band has also performed at esteemed events such as the Sundance Film Festival, the Miss USA pageant (nationally televised on NBC), and the world-premiere of the Da Vinci Code in Hong Kong. EVOC has also been celebrated at the 2006 Emmy’s with an award for their PBS Special “EVOC LIVE”, and they have received commissions to pen new works from both the New York Public Theatre and the New York City Opera, for whom they have also performed at Lincoln Center.