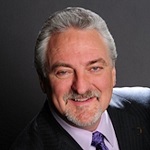 Dr. Ivan Misner, the Founder & Chairman of BNI, the world’s largest business networking organization, is a monthly columnist for Entrepreneur.com and is the Senior Partner for the Referral Institute, a referral training company with trainers around the world. In addition, he has taught business management and social capital courses at several universities throughout the United States. Called the “Father of Modern Networking” by CNN and the “Networking Guru” by Entrepreneur magazine, Dr. Misner is considered one of the world’s leading experts on business networking and has been a keynote speaker for major corporations and associations throughout the world. He has been featured in the L.A. Times, Wall Street Journal, and New York Times, as well as numerous TV and radio shows including CNN, CNBC, and the BBC in London. He is a New York Times Bestselling author who has written twelve books including his latest #1 bestseller Networking Like a Pro. 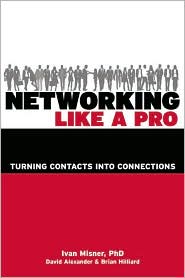