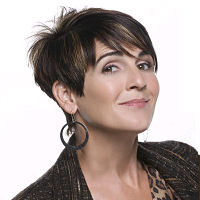 Bright, funny and delightfully obnoxious generational humorist Meagan Johnson! If you think you have heard all there is to hear about the 4 different generations in the workplace, you have not heard Meagan’s hilarious spin on how to attract, train, market, manage and retain people from every generation – and not strangle someone in the process! Your audience will laugh while they acquire tools they can use immediately to improve their multi-generational relationships with clients, customers and co-workers.

Find out for yourself why Meagan has been ranked as one of the most memorable speakers ever!

Meagan Johnson speaks to audiences all over the world on how they can manage and motivate different generations in the workforce. After graduating from Arizona State University School of Business in 1993, Johnson spent several years working in sales for three Fortune 500 companies. Although very successful, she became discouraged to hear all the negative comments about Generation X, the generation comprised of the 50 million people born between 1965 and 1980.

As you will soon find out, Meagan Johnson is not like other speakers ——-

Being a Gen Xer herself, she felt these comments were unfounded. Johnson began researching small and large corporations to find successful ways to work with the younger generation. From that search, the seeds for her book, Generation Inc., From Boomers to Linksters: Managing the Friction Between Generations in the Workplace, were planted.

Meagan is here to help us navigate the challenging generational waters. In her unique presentation “ZAP THE GAP! How to Train, Manage and Maintain Your Sanity with all Four Generations.” Meagan wants you to have fun and consider a different way of thinking… for a better way of living with all the generations.

ZAP THE GAP: SOLVING THE MULTI-GENERATIONAL PUZZLE
Have you noticed that many of the Generation X’ers and Generation 2000 people don’t seem to have the same work ethics and habits as Traditional and Baby Boomer employees? Are they sometimes tougher to manage? You will learn to identify and understand the differences between the generations, retain and develop young star performers, and create a work environment where young people will want to give their best.

STOP ME BEFORE I STRANGLE SOMEONE!
Have life’s pressures left you hanging off a cliff by your fingernails? Do you wish there were 34.5 hours in a day? Does the thought of actually having a balanced life seem like a complete fantasy? If you answered, “YES” to any of these questions, then you’re ready for this fast-paced, up-beat, side-splittingly funny program. It’s ideal for anyone who is overworked, under-motivated, completely stressed out, a chronic procrastinator, a change phobic, a control freak, or just flat out tired of dealing with the challenges of life.

SPEAKING UP AND SPEAKING OUT
Are you sometimes too “nice” when you communicate with others? Do you sometimes “hold your tongue” when something should be said? When you need cooperation from people who are resistant, do you just do it yourself to avoid a scene? If you’re answering “yes” to any of these questions, this seminar is for you. You will learn many techniques to communicate powerfully to get what you need to succeed. 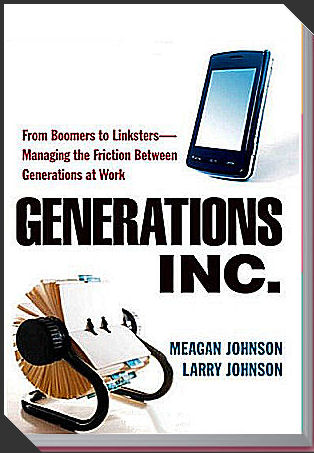 Meagan Johnson graduated from Arizona State University Business School with a BS in Marketing. She spent several years working in sales for companies like Quaker Oats, Kraft Foods and Xerox. At every company Meagan became discouraged to hear all the negative comments about Generation X. (Generation X is the 50 million people born between 1965 and 1980.) Being a Gen Xer herself, she felt these comments were unfounded. She was further frustrated by the blinders her own managers seemed to have. “There was this perception of only one way to get ahead and be successful at work. The career path my managers expected me to take was very traditional. They seemed to be unable to look at a different way of training and career management that was relevant to younger employees.”

Meagan began to research everything from small to large corporations in order to find successful ways to work with the younger generation. From that ZAP THE GAP Solving the Multi-Generational Puzzle was born.

Since 1997 Meagan Johnson has entertained and educated thousands of audience members from all over the globe. She has written a variety of articles about the multiple generations and has been interviewed for many publications and audio programs. She wrote the Generational chapter in the book Success is A Team Effort. In 2000, she was the only female speaker on the main platform at the Harley Davidson University conference in New Orleans Louisiana. After her ZAP THE GAP presentation, a Harley Dealer told her “You have changed the way I treat and train my younger employees.”

Meagan has continued her research into the complexities of the younger workforce.

“Every generation gets a negative label when it enter the workforce. For example Baby Boomers were called trouble-making hippies when they first went to work and Gen Xers were called lazy. “Once we take time to understand the motivations and mind-set of younger people, working with them, selling to them and managing them becomes a more successful effort” says Meagan Johnson.

Meagan is an active member of NSA, National Speakers Association. In 2003, she received her CSP, Certified Speaking Professional designation. Currently, only ten percent of professional speakers hold this designation. As a Gen Xer Meagan was extremely proud to be one of the youngest recipients of the CSP designation.

Meagan lives in Phoenix Arizona with four dogs that have a total of 15 legs. You do the math!