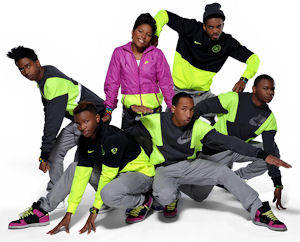 Since the hit MTV show Jungle Boogie Crew has continued to expand their resume with performances including Disney’s Shake it Up, Old Navy’s Gobblepalooza Dance campaign, and working with top choreographers such as Fatima Robinson and Rozero Mccoy!

Led by a feisty female, these dancers pride themselves on their southern “Crankin” style and are on a mission to become king of the dance jungle. Cranking uses big step movements and arms to cover the entire dance floor. Each of the six members has a unique “animalistic” move to wow this year’s competition.

Their secret weapon is Raqi, the only girl in the group. She’s truly one of the guys, and they try to keep up with her hard-hitting aggressive style: lockin’, poppin’, wacking and voguing. Standing at only 5’1″, she packs a punch and is known in the crew as “Big Mama.” She doesn’t run with the pack, she’s the queen of the tribe.

When twin brothers Anthony and Antwain quit college to pursue dance, their family shut them out. In response, they put this fun-loving and goofy crew together and now consider the group an extended family. The twins’ family still has never seen them dance but they are hoping to win back their love and support as they perform on America’s Best Dance Crew.

Jungle Boogie Crew plays a very influential part in many Georgia communities, they offer youth dance workshops and master classes and continually advocate for youth following their dreams in dance. In the coming years the crew plans to continue traveling across the country displaying their tremendous talent. Jungle Boogie Crew is familiar with giving their new fans what they want and are admired for their performance charisma. 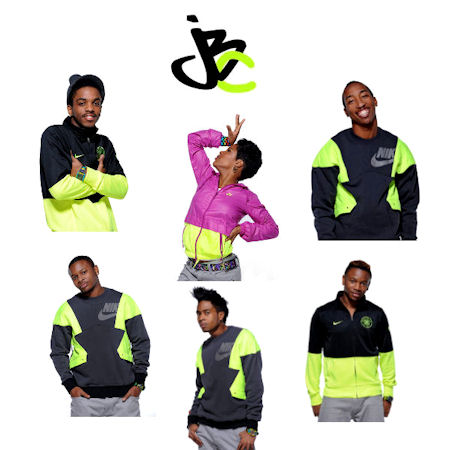