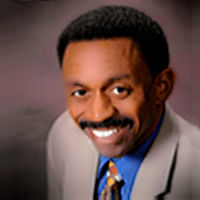 Jonathan Michael Bowman, J.D. is a national keynote leadership speaker.  His journey from homeless shelters to becoming an attorney and Section Chief at a State Attorney General’s Office has inspired groups from California to New York.  Jonathan is also a fine art photographer.  He uses his art during his presentations as a metaphor to graphically illustrate key points.

Ready to hear fresh ideas on leadership? Inspiring thoughts and advice that will resonate with your audience and inspire lasting change in their lives and organization? Jonathan Michael Bowman, Esq., delivers a unique twist on the topic of leadership. Bowman’s proven leadership principles spring from an impoverished childhood spent in homeless shelters and public housing projects – principles that he later tested in his position as Assistant Attorney General, and later Assistant Chief of the Civil Rights Section, in the Ohio Attorney General’s Office, where he displayed a natural ability to lead. Jonathan offers an insightful perspective on leadership, which he illustrates with his fine-art photography. His passion, enthusiasm, humor, and photographic art fuse into an unforgettable, moving experience.

People Power refers to the power that everyone has to influence others positively. In order to showcase People Power, Jonathan shares stories of his journey from living in public housing projects and homeless shelters as a child to becoming an attorney and Section Chief at a State Attorney General’s Office. “He has a powerful story of triumph against the odds that will appeal to many audiences. His humor and insight make him both entertaining and encouraging. I thoroughly enjoyed hearing him speak!” said Katrina Metzler of the National Association for State Community Services Programs.

Yet, Jonathan will be the first to tell you that his achievements were not made alone. They were made possible by family, friends and colleagues who served as a positive influence in his life, especially during the most challenging times.
In other words, People Power allowed Jonathan to emerge from his life of poverty and homelessness. People Power had a powerful impact on his life. And it can have a huge impact on yours. People Power can inspire you. It can guide you through great difficulties. It can lead you to high achievement and unparalleled success.

HOW TO LEAD THE WAY TO PICTURE PERFECT CHANGE
Have you ever wanted to create a new department or enhance the quality of your team’s work? Change can be difficult for anybody. Leading change can be even more difficult and – at times – seemingly impossible. This seminar will teach attendees change leadership principles that every organizational leader should know.

Each topic is suitable as a keynote, break-out session, or workshop. Plus, Jonathan will customize the presentation to meet your group’s needs.

Jonathan’s presentations are the result of heart-felt experience, critical thought and an unbridled passion to help others achieve their full potential.

Born in Pittsburgh, Pennsylvania, Jonathan is the last of four children, whose lives were enveloped in poverty and homelessness. By the time he was 17 years old, he and his family had lived in two homeless shelters, a church, a small fourth-floor attic, public housing projects and a hotel, among many other places.

Jonathan is also an avid photographer. Pictures have intrigued him ever since he was a child. While growing up, drawing pictures provided him with an escape from his life of poverty. Later in life he became hooked on photography when he happened upon a 35 mm camera and looked through the viewfinder. He was so enthralled that he studied photography as part of his undergraduate major in communications.

Jonathan uses lessons learned from his childhood, leadership skills honed throughout his career and the inspiration embodied in his artwork to encourage leaders to achieve a “clear picture” vision. As Jonathan says, “Picturing your destination is the first step to achieving something great.” Sometimes leaders are tempted to cast aside an imaginative vision because it is deemed “unrealistic.” Yet – as his tagline says – Jonathan challenges leaders with “a different perspective: Where imagination and reality meet”.