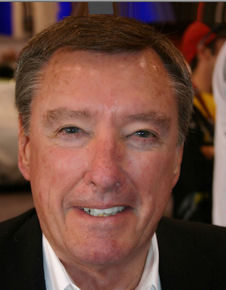 Recognized as the “Greatest Ambassador of Auto Racing,” Johnny Rutherford has been in the Indy Victory Circle at every major race track in the nation. He has represented many companies, has been features in radio, print and television commercials, and has been an auto racing TV analyst for all the major networks. He has earned a number of honors throughout his racing career, including induction into the I.M.S. Auto Racing Hall of Fame, the National Sprint Car Hall of Fame, the International Motorsports Hall of Fame and Motorsports Hall of Fame in America. Rutherford is still active as a consultant, special events coordinator and is an accomplished artist. He speaks on focus, the winner’s circle and working to win.

Thinking Like a Champion
In Johnny’s motivational take on what it takes to be a champion he employs humor and anecdotes while finding parallels between the challenges of business and what he has accomplished in racing. 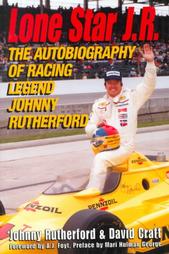 Johnny Rutherford has won the Indianapolis 500 three times. In his last two Indy 500 victories, he had also won the pole position. Those victories were an obvious indication that Johnny Rutherford likes to start first and finish first. Through the 1993 season he had a total of 27 Indy car victories and 23 pole positions.Johnny Rutherford ranks 5th on the all time win list. He had five victories in the 1980 season when he won the National Driving Championship for Indy Car competition.

Rutherford joined the elite “U.S. Millionaire Drivers” category in 1977 and has long since increased those winnings to over $4,500,000. While finishing in the top ten for 157 out of 318 Indy car starts, Rutherford has been in the victory circle at every major race track in the nation.

Johnny started driving modified stock cars at the Devil’s Bowl speedway in Dallas during the spring of 1959. Two years later he joined the IMCA sprint car circuit and led that series point standings for most of 1962, until he joined USAC and made his first championship start in the Hoosier Hundred.

1994 found Johnny Rutherford pursuing the elusive 25th start in the Indy 500. However, after a frustrating May, when a top of the line race car was not available, he took his final lap at the Indianapolis Motor Speedway. On May 21 he announced his retirement from Indy cars racing. Rutherford continues to serve the racing community and is a special events coordinator for the Indy Racing League as well as auto racing consultant to Team Pennzoil. He is also establishing a performance driving school in the Fort Worth area.