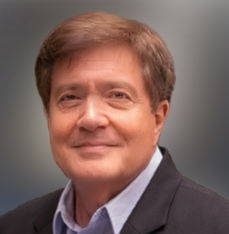 Joe Ruffini, has presented hundreds of national and international programs, including commencements, government and private sector conferences, and seminars. His presentations are tailored to each specific host organization’s theme and objective. Whether the keynote speaker or one among many, Joe’s energy and passion is infectious from the start, keeping his audiences awake, entertained, and engaged. Joe remains at each venue in order to be accessible to anyone who wishes to engage in post-presentation, sidebar conversations.

Joe Ruffini conducts corporate culture surveys and leadership assessments for Chief Operating Officers desiring to understand their enterprises’ strengths and weaknesses,  particularly for when they are assessing new hire qualifications.

The number one obstruction preventing good companies from becoming great companies is a lack of communication among corporate leadership team members and between managers and their employees.

Our age of digitization has resulted in a generational breakdown in workplace communication. Those who understand and manipulate this void are better positioned to overcome it and succeed.

Joe’s commencement addresses are presented with real world facts and examples which every college graduate will benefit from.

FOUR GENERATIONS, ONE WORKPLACE:
UNDERSTANDING EACH OTHER’S STRENGTHS AND WEAKNESSES WHILE SHARPENING OUR COMMUNICATION SKILLS

This presentation aims to make each attendee a more personable, effective, and productive co-worker and business communicator – especially important during these extended periods of telework from home.  Without assigning blame or casting aspersions, Joe dives head-on into the facts and challenges associated with conducting day-to-day business given the generational differences and idiosyncrasies among Baby Boomer, Generation X, Generation Y (Millennial), and Generation Z employees working side-by-side.

Boomers were born between 1946 and 1964. They grew up with black and white television sets that received only three or four channels.  Phone conversations were limited to the one or two rooms where a large wall mounted or desktop telephone with a analog dialing mechanism was connected to a wall jack. Forty-one- to fifty-six-year-old Gen Xers (1965 – 1980) witnessed the dawn of the personal computing age and the end of the Cold War.  Gen X carries the highest debt load among all four generations. Generation Y, also called “Millennials” –and born between 1981 and 1996 (now ages 25 to 40) was shaped by the Great Recession, the rise of the Internet and social media, and 9/11.  Gen Y’s massive student debt delays major life purchases. And finally, there are the Gen Zers.  Six to 24 years of age and born between 1996 and 2015, they have only known the digitized world with its Internet of Things. The average Gen Zer owned a mobile phone by age 10. They are debt-averse, not wanting to fall into the same financial trappings as their parental Gen Xers.

Communication methods and individual goals may differ drastically within age-diverse workplaces. Whereas Boomers and Gen Xers are more apt to work long hours to achieve senior management positions, lots of Millennials and Gen Zers just want to make enough money to live comfortably. They savor their personal time off and seek to avoid the headaches and stress that accompany the endless meetings and higher paychecks.

Regardless of the generations, the 2021 workplace is characterized more by text messages and emails than by face-to-face, verbal interaction.  Joe explains that under certain circumstances – especially involving consternation, misunderstanding, or confusion – using one’s vocal cords instead of the keypads may be the better way to go, not only for the short term, but the long run.

Lt. Colonel Joseph Ruffini, USA (Ret.) brings more than 25 yrs of experience from a broad array of fields including infrastructure security, counter-terrorist operations, risk management, and more to the private and civil sectors. Ruffini authored When Terror Comes to Main Street, an informative, straightforward, hard-hitting book for everyday people that boils down his lifetime of knowledge and operational experience into one all-inclusive read. His book, Osama Bin Laden: His Death and the Future of Al Qaeda and the Islamist Jihad, discusses what happened the day Bin Laden was caught, why people should care, and what this means for the world moving forward.

Formerly an Army lieutenant colonel charged with defending the United States and Canada against cyber intrusions, international terrorist plots, and nuclear, biological, and chemical attacks, Ruffini is currently an executive strategic information operations consultant supporting US Strategic Command, the Interagency, and the National Security Council, and US Central Command in Qatar and Iraq.

In this presentation, terrorism expert Joe Ruffini discusses the 20th anniversary of 9/11.

“A three-phased terror attack was uncovered and thwarted by Philippine police in 1995. Part of this exposed plan was to crash a plane into CIA headquarters in Langley, Virginia. United States intelligence and law enforcement communities, as well as our nation’s leadership, knew since 1995 that it was not a question of IF planes would attack us, but WHEN.

This presentation is non-partisan. Joe presents the undeniable facts leading up to 9/11 and explains that the “we let it happen” blame is shared equally by both administrations.

This presentation stresses the need for us to keep informed, ask questions, demand answers, and hold our leaders accountable. Joe stresses vigilance, not paranoia.”

Attendees will leave this program with a realization of what each of us can do as Americans. 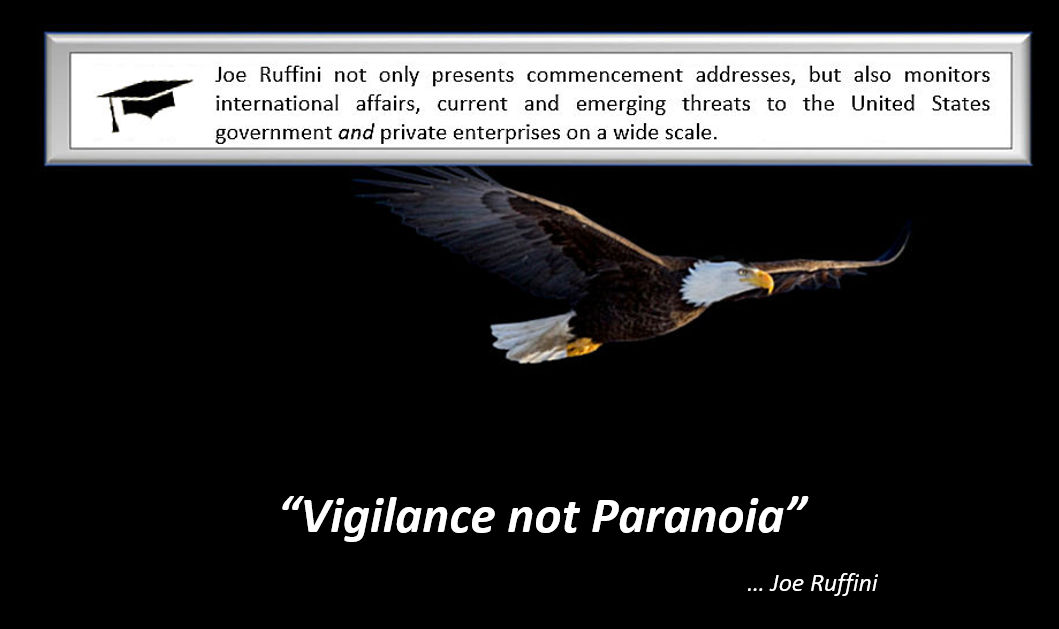