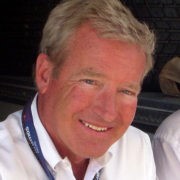 Hurley Haywood: The Most Successful Endurance Racer of All Time

Hurley Haywood is an American race-car driver. PORSCHE Factory Driver and Brand Ambassador Hurley has won multiple events, including five overall victories at the Rolex 24 at Daytona, three at the 24 Hours of Le Mans, and two at the 12 Hours of Sebring.

﻿If cool, competent and collected Hurley Haywood didn’t exist, Hollywood would surely invent him. Handsome and articulate, Haywood brings glamour and panache to the world of racing, matched by few other drivers past or present. It’s one reason why he has often appeared in ads for luxury products like Rolex, and in Porsche television productions. His communications skills helped land him the title of chief driving instructor at the Porsche Driving Experience, the company’s driving school for owners. And this is to say nothing of Haywood’s actual achievements on the race track. Perhaps the world’s most accomplished endurance-racing driver, Hurley has amassed an astounding number of wins in this most intense form of motorsport – five overall victories at the Rolex 24 Hours at Daytona, three at the 24 Hours of Le Mans, and two at the 12 Hours of Sebring. He also has the 1988 Trans-Am title to his credit, as well as two IMSA GT championships, three Norelco Cup championships, a SuperCar title and 18 IndyCar starts, and was the fastest rookie at the Indy 500 in 1991. 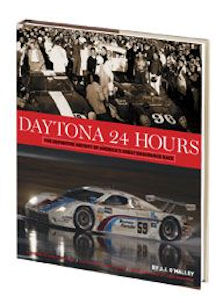 Hurley Haywood, winner of more endurance classics than any other driver in racing history, returned to the Rolex 24 at Daytona in 2010 for what was originally planned to be the final race in his remarkable career. Winning the 24 Hours of Daytona five times, the 24 Hours of Le Mans three times, and the 12 Hours of Sebring twice has made Haywood one of the most accomplished and renowned race car drivers in the world. When Brumos elected to make the move to Rolex Series GT competition for 2011, Haywood decided to come out of retirement for another Rolex 24 run, feeling it wouldn’t be right to have a #59 Brumos Porsche 911 GT3 racing without the Haywood name appearing over the door.

Currently serving as a Vice President of Brumos Porsche in Jacksonville, Florida, Haywood serves as Chief Driving Instructor for the Porsche Sport Driving School as well as for Brumos U, the company sponsored driver familiarization program. The 2009 Rolex 24 saw Haywood return to the podium at Daytona, co-driving the Brumos #59 Porsche Riley to an unforgettable 3rd place finish behind his winning teammates in the Brumos #58 car. He then co-drove the #59 to its first season win alongside Joao Barbosa to close out the memorable 2009 DP season in Homestead.

Haywood has accumulated a lengthy list of championships and honors throughout his career, most recently including his selection to the Florida Sports Hall of Fame and to the Motorsports Hall of Fame of America. He was also inducted into the Sebring Hall of Fame in 2010 as well as Watkins Glen’s prestigious â€˜Legends of the Glen’ Hall of Fame.

Perhaps the most fitting honor would be for Haywood to mark Brumos’ return to its historic GT roots by scoring his seventh Rolex 24 class victory, further securing his and his team’s place in racing history.