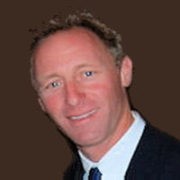 Darren’s diverse background in multiple areas of the automotive industry range from professional driver at a factory level in both Prototypes and GT cars, TV personality as well as team owner of Flying Lizard Motorsports, coupled with his unique speaking style, make him one of the most sought-after speakers in motorsports today.  His hands on experiences, real life stories & illustrations will provide insight and keep you on the edge of your seats!

DARREN’S PROGRAM:  Darren will share his experiences as a sports car driver with you. Hear him talk about the highlights of his career and the thrill of driving a high tech sports car.

No driver has made more Grand-Am Rolex Series starts than Darren Law. The 2001 GT class Champion has been Competing in the DP class since its inception in 2003, Law has earned multiple podium finishes and one big win. In 2009, Law joined Donohue, Buddy Rice and Spirit of Daytona driver Antonio Garcia to win the Rolex 24 At Daytona for Brumos Racing, his biggest career win to date.

Law got his start like most in karting, winning the International Karting Federation national championship at the age of 14. In 1996 and 1997 he competed in the North American Super Touring Series, finishing second in 1996. He joined the Rolex Series in 2000 and immediately became a household name finishing second in the GTU class points with 5 wins.

In 2001, Law won the GT class championship and followed that up by finishing second in points in the SRPII class in 2002. He moved up to the DP class in 2003 and earned five class podiums, including the Rolex 24. He finished fourth in DP standings in 2008, won the Rolex 24 At Daytona in 2009 and added another podium in 2010 for Brumos Racing. Law has competed in multiple sports-car series since 1998, one of very few drivers to attempt the demanding schedule. He was second in the prestigious international Porsche Cup in 2007 and has finished in the top 5 every year since then.

Law joined Action Express Racing full-time in 2011 where he and longtime teammate David Donohue drove the No. 5 Porsche/Riley. For 2012 Darren will put his experience to the test in a completely new car. The Action Express Team will be driving the all new Corvette Daytona Prototype featuring a Coyote Chassis. Darren has played a key role in the development of the new car and will be paired with David Donohue and Christian Fitipaldi for the 50th Anniversary of the Rolex 24. There is no driver group more dynamic than that of Law, Donohue and Fittipaldi. 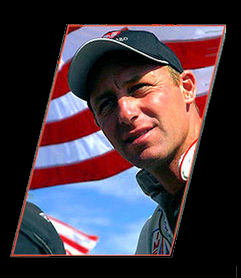 • Darren drives both Daytona Prototype and GT Porsche race cars, one of a few drivers who compete in multiple series – “I’ve been doing both prototype and GT since ’04, so I’m comfortable with it, but the cars are very, very different to drive. The prototype is very stiff and the GT car moves around a lot. The prototype has basically the same motor that’s in the GT car, so the driving characteristics of the engine are very similar.”

• Darren’s endurance racing with co-drivers – “I enjoy the camaraderie and having a teammate to work with. If you have the right driving partner, there are no excuses about your lap times, because you have a direct comparison in the same car to your co-driver. You can also feed off each other – if one person’s quicker in one area, you can learn from each other.”

• Darren raced in England – “I moved over there on my own and I lived with the team, didn’t have any money and the team didn’t have much money, so it was a difficult, but a good learning experience. The younger kids racing formula cars in England are so aggressive, it’s so much different than in the States. It definitely gave me experience in more competitive racing.”

• Darren’s father Peter was an SCCA driver and a Penske Racing mechanic – “I grew up around cars. What little kid at 10 or 11 years old doesn’t want to be a race-car driver? My father and I spent a lot of time together, go-kart racing every weekend. We had a great relationship and we shared a sport together. Racing was always my dream.”

• Darren Law is currently chief operating officer for the Bob Bondurant School of High Performance Driving in Phoenix,. Law will be responsible for development and implementation of a strategic management and marketing program for the school, which is the largest purpose-built driver training facility in North America.

Law brings both current and veteran experience to the position. He races in two sports-car series, driving a Daytona Prototype for Action Express Racing in the Grand-Am Rolex Sports Car Series and a Grand Touring car

for Flying Lizard Motorsports in the American Le Mans Series. He was an instructor at the Bondurant school from 1991 to 1997 and continues to coach aspiring sports-car drivers when time permits between races. He is also in demand as a speaker at conferences and automotive enthusiast functions. He will continue to pursue his driving career in conjunction with the new position.

Bondurant was a leading international racer before founding the school that carries his name. He won the GT class in the 24 Hours of Le Mans in 1964 and added the FIA Manufacturers World Championship for Shelby in 1965, beating the dominant Ferrari team. He then drove for Enzo Ferrari in Formula One and prototypes, and was a consultant for the classic Oscar-winning movie, Grand Prix. Bondurant believes Law’s stewardship will help maximize the Bondurant School’s 43-year heritage and strengthen its leadership position in 21st-century racing.

“My plan is for the Bondurant School to go ‘way beyond my years and Darren Law is the perfect selection to carry it into the next 43 years of success,” he explained. “Darren is one of five Bondurant past instructors who have gone on to accomplish winning worldwide championships and no other school can claim that. I want the school to remain the place the race-car drivers will continue to go to learn the Bondurant method – presently, we train 90 per cent of the NASCAR drivers for road racing. My wife Pat and I hand-picked Darren Law. He is a fantastic race-car driver and instructor and, aside from me and my staff respecting and loving him, the racing world loves him, too.”

Law is ready for the challenge. “I am so excited to be coming home to the Bondurant Driving School,” he said. “Bob has been so supportive of my racing career for so many years and even though I have many more things I want to accomplish as a driver, this is also a great opportunity for me from both a business standpoint as well as an opportunity to give back to the racing community through this position.”

The Bob Bondurant School of High Performance Driving (bondurant.com) is a multi-million-dollar racing enterprise in Phoenix. It is the largest purpose-built driver training facility in North America, with a 1.6-mile, 15-turn road course and an eight-acre asphalt pad designed by Bob Bondurant for race, high-performance and advanced-driving instruction. The school maintains a fleet of more than 200 race-prepared vehicles, including open-wheel formula cars and sedans.

Darren Law drives the No. 5 Action Express Racing Porsche-powered Riley Daytona Prototype in the Grand-Am Rolex Sports Car Series and the No. 44 Flying Lizard Motorsports Porsche 911 GT3 RSR in the American Le Mans Series GT class. The versatile Phoenix driver is also the chief operating officer of the Bob Bondurant School of High Performance Driving and a partner in the Thermal Motorsports Track and Club (thermal122.com). He is supported by CDOC (cdoc.com) and OMP Racing (ompamerica.com). 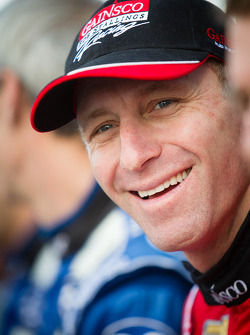