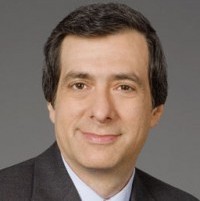 Howard Kurtz is a top media critic, a best-selling author and television host, who draws on three decades of experience as a Washington journalist. He is also a political blogger and Twitter addict who stays abreast of the latest trends in the Old Media and New Media worlds alike. A 29-year veteran of The Washington Post, he covered eight presidential campaigns and the fallout from war, scandal and impeachment, and as the current Washington Bureau Chief of NEWSWEEK and The Daily Beast, he leads the website’s reporting in the nation’s capital and on the campaign trail.

As the host of CNN’s Reliable Sources, Kurtz goes head to head with none other than Diane Sawyer, Katie Couric, Charlie Gibson, Barbara Walters, Ted Koppel, Bob Woodward and others who have long defined the media profession. He is also an investigative journalist who exposed the two biggest journalistic frauds of the last decade: Jayson Blair of The New York Times and Jack Kelley of USA Today. Widely recognized as the leading reporter in holding the media accountable, Kurtz functions as a kind of internal affairs cop. He explores questions of bias, blunders, sensationalism and celebrity fixation in the profession that loves to point fingers at everyone else. As one of America’s most respected media analysts, Howard Kurtz turns his critical eye toward politics, the press and how new media is changing the face of journalism.

Obama and Expectations
Washington has been paralyzed by two political parties beholden to big-money interests, their own extremes and a cable culture that amplifies inflammatory attacks. Kurtz examines how President Obama was swept into office on a wave of unrealistically high expectations, only to be stymied by the reality of Beltway gridlock, relentless partisanship and a fickle media. With an eye to the future, Kurtz also looks at the 2010 midterm election results and the upcoming 2012 presidential elections and shows how today’s news will affect tomorrow’s election outcomes.

The New Age of Blogging and Twittering
While others decry a Wild West environment where anyone can say anything, Kurtz applauds the technology that empowers ordinary citizens and breaks the stranglehold of the establishment media. Journalists dismiss this movement at their peril, while consumers must learn to navigate this universe of insta-news and perpetual punditry by sorting facts from rumor and slander.

The Collapse of the Mainstream Media
The old journalistic establishment is dying from a series of self-inflicted wounds: arrogance, inaccuracy, blandness and the failure to adapt to a digital revolution that is slowly strangling newspapers. A reporter who predicted that newspapers faced irrelevance in the early 1990s, Kurtz offers a cold-eyed analysis of the strengths and weaknesses of the YouTube age and whether print publications can survive.

Why Liberals Now Hate the Press
After decades of conservative distrust, the media are now feeling the heat from disgusted liberals who see journalists as part of a corporate elite that abetted the Iraq war, coddled the Bush administration and are undermining the Obama White House. Kurtz explores the vitriolic atmosphere, the shortcomings of the press, and how some partisans on both sides are more interested in demonization than fairness.

My Journey on Facebook and Twitter
In this presentation, Kurtz examines how he became active on Facebook and Twitter and wound up with over 30,000 Twitter followers. He discusses how these social networks, especially Twitter, have become an important source of breaking news; given more influence to ordinary folks to distribute and comment on news; how network anchors and other media hotshots are trying to tap into the culture and share more of themselves; and how it’s also become a land mine that has ended some journalistic careers.

Howard Kurtz is the Washington Bureau Chief of The Daily Beast where he leads the website’s reporting in  the  capital and  on the campaign trail.   He is also the host of CNN’s Reliable Sources,  the   weekly  program that has won a National Press Club award for media criticism and has appeared on programs from  60  Minutes  to  Good Morning America to Nightline. Previously he worked as a reporter  and  columnist  for  The Washington Post where he wrote the daily Media Notes blog for the paper’s website.

Kurtz is the author of five books, most recently Reality Show: Inside the Last Great Television News War. His book Spin Cycle: Inside the Clinton Propaganda Machine was No. 2 on The New York Times best-seller list, and Media Circus has been a college textbook for more than a decade. Kurtz has also covered the Justice Department and Congress for The Post and served as the paper’s New York bureau chief. He has written for such magazines as Vanity Fair, The New Republic and New York.