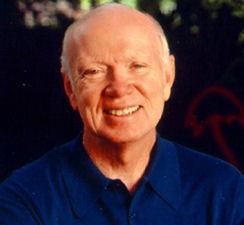 Considered the marketing guru of Silicon Valley, Regis McKenna is a well-known technology marketing consultant, advisor to entrepreneurs, venture capitalist and author. For the past thirty years he has advised companies in business and marketing, including a number of entrepreneurial start-ups and their founders during their formation years, such as America Online, Compaq, Electronic Arts, Linear Technology, Lotus, Microsoft, National Semiconductor, Silicon Graphics and 3COM and many others. He helped launch some of the most important technological innovations in recent history including the first microprocessor (Intel Corporation), the first personal computer (Apple), the first recombinant DNA genetically engineered product (Genentech, Inc.), and the first retail computer store (The Byte Shop). Today, McKenna focuses his efforts and time on developing new ideas about how technology influences marketing, organizations, strategy, and how it contributes to social change, and divides his time as an educator, marketing author and lecturer. 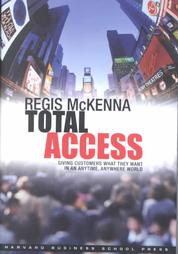 Regis McKenna founded his own high tech marketing firm, Regis McKenna, Inc., in Silicon Valley in 1970 after working in the marketing departments of two early semiconductor pioneering companies. Over the past 30 years, his firm evolved from one focused on high tech start ups to a broad based marketing strategy firm servicing international clients in many different industries and countries. McKenna retired from consulting in 2000 and is concentrating his efforts on high tech entrepreneurial seed-ventures theories and practices.

McKenna is included in the San Jose Mercury News’ Millennium 100 as one of the 100 people who made Silicon Valley what it is today. McKenna has written and lectured extensively on the social and market effects of technological change advancing innovations in marketing

McKenna and his firm worked with a number of entrepreneurial start-ups during their formation years including: America Online, Apple, Compaq, Electronic Arts, Genentech, Intel, Linear Technology, Lotus, Microsoft, National Semiconductor, Silicon Graphics, 3COM, and many others. McKenna helped launch some of the most important technological innovations of the last thirty years including the first microprocessor (Intel Corporation), the first personal computer (Apple Computer), the first recombinant DNA

genetically engineered product (Genentech, Inc.), and the first retail computer store (The Byte Shop). In the last decade, McKenna consulted on strategic marketing and business issues to industrial, consumer, transportation, healthcare, and financial firms in the United States, Japan, and Europe. McKenna continues to be involved in high tech start-up companies through his venture activities.

McKenna pioneered many of the theories and practices of technology marketing that have become integrated into the marketing mainstream. Some of these include: The process of diffusing technology across various classes of users ranging from innovators to early adopters to late adopters and laggards and the corresponding evolution of the “whole product.” (The Regis Touch, 1985).

The focus on “intangibles” as the benefits of technology products.

The development of “other” as a major, growing segment of market share with the result of

His book, Relationship Marketing, was a pioneering work in the concept of one-to-one marketing.

The development of the concept of “Real Time,” whereby technology compresses time

(from want or need to zero), creating “the never satisfied consumer.