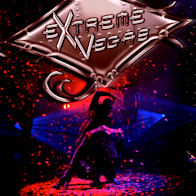 Whether you’re looking for entertainment for a corporate event or a large scale production featuring a cast of singers, dancers, and the worlds best specialty acts… EXTREME Vegas, by JDZ Productions will deliver the WOW factor!

JDZ Productions is the creation of Justino & Daniela Zoppe who combined have over 30 years experience in the entertainment industry, creating critically acclaimed theatrical innovations, by combining intricate elements of grand illusions, lavish costumes, cutting edge choreography ignited by a heart stopping soundtrack and a range of mind blowing visual effects, taking the audience through a range of emotions resulting in some of the most visually stunning shows of this generation!

Productions
From intimate private gatherings to large scale indoor and outdoor corporate functions, Extreme Vegas by JDZ Productions is dedicated to developing original content specifically designed around your needs. From a single artistic performance to turn key event solution, they will adapt to each client’s requirements and provide world class entertainment and transforming each event into a unique magical experience!

Here are a few of their popular productions

Globe of Death
Motorcycle Daredevils nearly collide as they race each other at full speed inside the giant steel sphere.

Vortex Wheel
Dare to watch our 2 daredevils defy gravity as they perform insane stunts on the outside of that 40′ spinning wheel!

Crossbows of Death
Danger & precision accuracy are the key components in this amazing feature performance.

Cirque Acrobats
Watch our high flying acrobats soar through the air across the stage proving angels can fly!

Extreme Stunts
Extreme stunts on the rolla bolla watch as Justino takes it to the edge with a heart stopping display of extreme balancing!

Aerial Daredevils
In this premiere entertainment event, fearless, daredevil aerial athletes rely on their speed & accuracy and will captivate audiences.

Juggling
Juggling has never been so intense! presenting the worlds only fireworks juggler. If you’re looking for that WOW factor this explosive performer will blow you away!

Quick Change
Taking the ancient art of costume change into the next generation! Pyro, fire and unbelievable speed!

Having been involved in the entertainment industry since the early age of 6 years old, Justino Zoppe is the imagination and creative driving force behind Justino and Daniela’s high energy productions. His career started to shine by the early age of 12, as he had already accomplished the title of a riveting performer with his own unique and high energy juggling act. Over the past 25 years Justino has been featured in prominent touring shows, television, radio, corporate events, and stage spectaculars in over 22 countries.

In 2000 Justino married Daniela Goncalves who became the missing piece to their now incomparable creative team. In 2005 Justino furthered his education at Tafe college in Australia’s Gold Coast, to refine his long time passion for audio & video production, which has become an essential part of their shows, featuring onstage innovative video effects, enhanced by his ability to create a captivating soundtrack to intensify the audience’s emotions. Two years later Justino launched Next Generation Video Productions, a video & web design company assisting many headline artists with production enhancements and cutting-edge promotional material.

Justino Zoppe’s dedication to service excellence has grown a list of recurring clients in both his design & performance fields. Most recently the world saw his vision once again become a reality, after months of complex drawings and manufacturing Justino co-created with Daniela their own original magic illusion, designed for Royal Caribbean Cruise lines and is currently the finale of their latest production “Extreme Vegas”. Justino and Daniela have an undeniable reputation for providing quality and excellence and continue to strive in taking their productions, large or small… into the next generation in entertainment.

Daniela first began her career at the age of 11, making her a fifth generation artist. She was born in the U.K and comes from a Portuguese/British heritage. While having a international education she can also read, write and speak fluently in both English and Spanish.

Daniela is well respected for her experience, adaptability and cutting-edge originality within the entertainment Industry. She has also earned her degree in counseling and communication skills. This making her highly successful in understanding her client’s visions. She has had the privilege of working with a wide range of companies, both in the United States and Internationally. Her truly visual imagination aid’s her in creating a common multicultural ground between both client and audiences alike.

Daniela is also known for her lavish and unique costume designs and creation’s. Her attention to detail is evident in every project she embarks upon, while still creating an extraordinary artistic flare to suit each venue and demographic market. In the year 2000, Daniela married Justino Zoppe and together they now live in Orlando Florida, since joining forces they have strived to combine their unique vision’s and Talent’s into their production’s, dedicating much of their time to top quality shows around the Globe. Her passion for creation and individualism is evident in every project she is Involved with.

Daniela always aims to preserve only the highest level of professionalism, both onstage and off. “Her strong work ethics and dedication keeps her in demand with her previous and existing clients” The newest joint venture is “Extreme Vegas” A true Vegas variety spectacular. This high energy show takes you thru the Las Vegas strip, highlighting the most amazing variety acts. It has all the giltz, glamour and special effects of Vegas itself. Extreme Vegas has been featured as headline entertainment on both Royal Caribbean International and Norwegian Cruise Line’s.