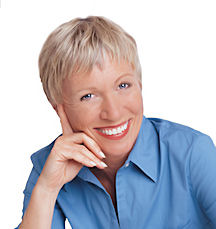 Barbara Corcoran is one clever lady. A well-known figure in the world of New York real estate, she gives all the credit to her beleaguered Mom’s teachings. Hailing from a cash-strapped New Jersey family loaded with kids, love, and life lessons, Corcoran turned $1,000 into a multi-billion dollar real estate firm. In her speeches she tells her rags-to-riches story. Unafraid of sounding silly, this joyous workaholic passes on her inspiration with real humility and motivates her audience along the way.

Barbara Corcoran’s credentials include straight D’s in high school and college and twenty jobs by the time she turned twenty-three. It was her next job that would make her one of the most successful entrepreneurs in the country when she took a $1,000 loan to start The Corcoran Group. She parlayed that loan into a five-billion-dollar real estate business which she sold in 2001 for $70 million. Corcoran is the real estate contributor to NBC’s TODAY Show where she comments weekly on trends in the real estate market. She’s also an investor/shark on ABC’s reality hit Shark Tank; in the first season, she bought eight young businesses which she’s shepherding to success.

Corcoran is the author of If You Don’t Have Big Breasts, Put Ribbons on Your Pigtails, an entertaining business book that has become a national best-seller, as well as Nextville, Amazing Places to Live the Rest of Your Life, and her latest book, Shark Tales, now out from Penguin Publishing. As a speaker, Corcoran brings her front-line experience and infectious energy to every audience she addresses. Motivational, inspirational, and sometimes outrageous, Barbara Corcoran’s tell-it-like-it-is attitude is a refreshing approach to success.

Barbara’s Rags to Riches Story
How do you turn a $1,000 loan into a five-billion dollar business? According to self-made real estate empress Barbara Corcoran, you do it by learning how to fail well. Barbara tells the story of how, armed with a loan from her boyfriend and her own gritty determination, she quit her job as a waitress to start a tiny real estate company in New York City and turned that company into a multi-billion dollar business. A highly motivational and hugely entertaining success story.

How To Lead Your Team To Greatness
Entrepreneurs, business managers and salespeople alike benefit from lessons in how to get people moving on the path to professional and personal greatness. Barbara Corcoran, who led 1,000 + brokers at The Corcoran Group, New York’s largest real estate company, is an expert in the art of leading a team to success. From hiring the right people and firing the wrong people to creating fun in the workplace and establishing an atmosphere that breeds innovation, Barbara shares her unique and winning strategies.

How to Build a Powerful Brand
Branding may be the single most important key to success in today’s highly competitive world of commerce. Barbara Corcoran is known for having built the most successful real estate brand in New York City, and now she reveals easy to follow tips on how she does it: how to create an image much bigger than reality; how to use the press to get free publicity; how to turn yourself into the go-to expert in your field. Barbara shares her personal advice, insights and anecdotes on creating a powerful brand.

Barbara Corcoran Inc. was founded by real estate entrepreneur Barbara Corcoran in 2005 as the latest endeavor in her high-profile, multi-faceted, and highly successful career. This multi-media company blends Barbara’s real estate expertise and her growing media presence in a one-of-a-kind package that taps Barbara’s many talents.

Barbara’s credentials include straight D’s in high school and college and twenty jobs by the time she turned twenty-three. It was her next job that would make her one of the most successful entrepreneurs in the country when she took a $1000 loan to start The Corcoran Group. She parlayed that loan into a five-billion-dollar real estate business which she sold in 2001 for $66 million.

As founder of The Corcoran Group, Barbara used her ingenuity, quick wits, and solid instincts to turn a $1,000 loan into a multi-billion dollar business. In the 28 years Barbara ran the company, she honed her skills in marketing, negotiating, innovating, and surviving in the lean times and thriving in the good times—everything you need to know to establish, run, and grow a business. Then, in 2001, Barbara sold the company for over $70 million.

Barbara next put her entrepreneurial knowledge down on paper, penning the best selling, unconventional business book If You Don’t Have Big Breasts, Put Ribbons on Your Pigtails. The book is aptly sub-titled And Other Business Lessons I Learned From My Mom, as Barbara credits her mom’s good sense and positive vision with giving her the tools she needed to succeed so

fabulously in the notoriously cutthroat world of New York real estate. Her second book, Nextville: Amazing Places to Live the Rest of Your Life, is fast becoming her second best-seller.

As a much-in-demand motivational speaker, and now a best-selling author, Barbara has successfully transitioned from her role as head of The Corcoran Group to that of popular television personality. Today Barbara is the real estate contributor to NBC’s Today Show and a ‘shark’ on the ABC reality show Shark Tank, and can be seen on HGTV’s Top Ten and LXTV’s Price Fix. She has continued writing and is author of a weekly real estate column in the New York Daily News as well as a regular column in MORE Magazine.

Barbara is the author of three books including her most recent, Shark Tales, detailing her inspiring true story and her best advice for anyone starting a business.