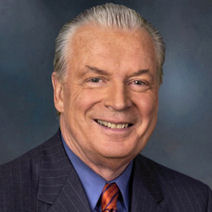 Former coach of the Notre Dame Fighting Irish basketball team from 1970-1980, and again in the 1990s, Richard “Digger” Phelps is an analyst on ESPN’s College Game Night, known for matching his neckties with a like colored highlighter. In his role as ESPN basketball commentator Phelps is regarded as one of the most charismatic and opinionated analysts in the profession. Exhibiting the same colorful personality during his 20 years as the head coach at Notre Dame, Phelps compiled a 393-197 record and became the winningest coach in Fighting Irish history.

Since his retirement from coaching, Digger Phelps has worked in President George H.W. Bush’s White House administration, provided commentary on college basketball for CBS and ESPN, and has become a successful motivational and business speaker. He is also author of Basketball For Dummies. 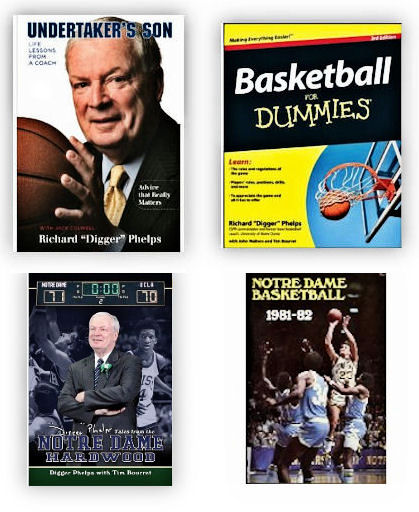 Richard “Digger” Phelps, who enjoyed two successful decades as Notre Dame’s head coach, joined ESPN as a college basketball studio and game analyst in November 1993. He works in the studio each Monday and Tuesday, and calls select games. He also teams with Dick Vitale to provide studio and on-site analysis during Championship Week, the NCAA Tournament and Final Four.

Prior to ESPN, Phelps served as a college basketball analyst for CBS Sports during the 1992 and 1993 NCAA Championships, handling both studio and game analysis. In 1984, he served as commentator for ABC Sports’ basketball coverage at the Summer Olympics in Los Angeles.

During his 20 years as head basketball coach at Notre Dame (1972-91), Phelps won more games (393) than any coach in Irish history. His teams advanced to the NCAA Tournament on 14 occasions — including six of his last seven seasons — and reached the Final Four in 1978.

Phelps averaged more than 19 wins per season during his career at Notre Dame, and overall won exactly two-thirds of his games (393-197). In addition, all 56 players who played four years for Phelps received their degrees.

Before coaching at Notre Dame, Phelps was the head basketball coach at Fordham University during the 1970-71 season, where his team compiled a 26-3 record and advanced to the NCAA Championship.

After resigning from Notre Dame on April 15, 1991, Phelps joined President George Bush’s administration as special assistant to the Executive Office of the President for National Drug Control Policy (1992-93), working closely with the office’s Operation Weed and Seed anti-drug program.

In addition, Phelps served as head of the United States delegation to the January 1993 inauguration of President Rawlings of Ghana, Africa, and was part of the United Nations observer team for the 1993 elections in Cambodia.

Phelps resides in South Bend and has three adult children. His eldest, Karen, is married to baseball pitcher Jamie Moyer.