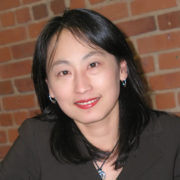 A deft community organizer and trainer, Chien-Chi has provided capacity building assistance, technical assistance and network convening to community-based organizations and providers serving Asian Americans. Her work has been featured in mainstream media (the Globe, the Herald, Patriot Ledger, NPI) as well as Asian media outlets (World Journal, Sampan, Asian Spectrum, Asian Boston magazine, Korean Today, etc.) she has also conducted cultural competency trainings and prevention workshops at community health centers, service agencies, conferences, schools and faith-based organizations. Her diagnosis of breast cancer in 2005 and ensuing personal experiences prompted Chien-Chi to speak publicly about the importance of breast self-exam and aftercare for survivors. Chien-Chi is one of the founders of the Immigrants and Refugees Mental Health Network (IRMHN) and currently serves on the National Advisory Council for the Asian Pacific Islander Cancer Survivors Network (APICSN).

Breaking the Silence with Knowledge & Support for Asian Cancer Patients

Compassionate Care from the Patient’s Perspective

When Life Gives You Soybeans, Make Soy Milk (or Tofu for that matter)!

I am a breast cancer survivor and a community program manager from Boston, Massachusetts. I hope that by sharing my story, I can get others to pay attention to their breast health and see that cancer is treatable.

My cancer journey started in 2005. A few months after I turned 40, I felt a sunburn sensation on my cheeks while I was at my son’s soccer practice. Later, I had a butterfly- shaped rash on my face, and my fingers were red and swollen with papules and crusts in my cuticles. The dermatologist did the blood tests and ruled out lupus and rosacea. He gave me a topical ointment but it did nothing to alleviate the situation. I was very sick with flu-like symptoms, and then I felt the hard lump under my arm one day while lying in bed. I called my doctor and after she examined me, she called for a needle biopsy right away. I knew things were not looking good when she called my husband and suggested he come along to the appointment.

When the doctor said I had breast cancer, I was in total shock. I had just had my very first mammogram done a couple of months before. I decided to have a second opinion, but it confirmed the results—two lumps, one about one centimeter in size and the other one smaller. My survival instinct kicked in, and I thought to myself, ―I have to beat this thing; otherwise my kids will grow up without a mother.

I was fortunate to have Dr. Lin, a Taiwanese oncologist, as my doctor. Communicating with her in my native language was very comforting, and most of all, I knew that she would take care of me as a person, and not just treat the symptoms–this is very important when choosing your doctor. Because I have an aggressive type of breast cancer known as ―triple negative,‖ Dr. Lin suggested I have chemotherapy first, injected directly into the tumor to shrink it, and then a mastectomy including the removal of lymph nodes, followed by radiation. This kind of breast cancer is not responsive to hormone therapy, but the good news is that once you pass the five- year mark, the chances of reoccurrence are very low. My treatment lasted eight months total.

I did not have much discomfort when I started chemo, but I began to lose my hair. So I took a proactive approach and shaved my hair with a friend by my side. I did not think I would cry, but I was very emotional when it actually happened. It was if I were saying goodbye to myself. I have to say that the scariest cancer experience I had was not about losing my hair, or my breast, or my life; it was about losing my mind. I was on Prednisone, a very powerful steroid drug, and I was not aware that the side effects would have an impact on my family and me. I was like a computer that was on all the time and could not shut off. I had very little sleep, and I thought I had the ability to figure out how to solve the Middle East crisis and why the Democrats lost the election. I became depressed, moody and paranoid for about six months. I remember one time, my son asked me to make a P, B & J for him, and I stood there for a long time, not knowing what to do first because the drug had impaired my cognitive behaviors. Now that I look back, I wish someone would have warned me and prepared my family for this hardship. As a result of this experience, I have learned to think outward more and count my blessings rather than focusing on my illness.

When I was in treatment, I went to the support group at a wellness center. It helped to see other survivors, but I was always the only Asian there. I was surprised to learn later that a few Asian-American women I knew had had breast cancer before me, but nobody talked about it. I know that many people out there are still suffering in silence, and that stigma, shame and misinformation prevent people from seeking treatment and support. My own aunt, who emigrated from Taiwan to Hawaii, died of breast cancer because she was afraid of losing her breast and refused surgery.

I wanted to change that, so here I am, ready to serve, empower and advocate on behalf of cancer survivors. Please take the time to learn how to do a breast self-exam. If you don’t know how, have your doctor perform a clinical exam for you. Be informed—find out your family history and if you have risk factors for breast cancer and schedule your mammogram on a regular basis. Pay attention to all your physical symptoms and talk to your doctor. Sometimes, timing is important—women have died because it was too late when they found the cancer.