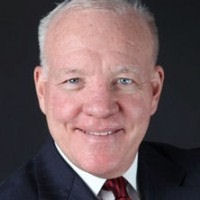 America’s Army has historically developed leaders and teams to function at their highest performance levels under the most stressful of conditions. Vinny Boles shows your team how to do the same.

Six weeks before the attacks of September 11th, 2001, Vinny Boles was a newly selected one-star General. He reported to take command of a contingency command, one that would be needed by the nation if “the worst thing happened.” On September 11th, it did happen and Vinny and his team went from planning to execution in an ever-fluid environment. Across five continents and over eight years of this persistent conflict, as a combat commander, coach, trainer, leader and world-class logistician, he has built teams that have consistently gotten the right item to the right place at the right time under the tremendous pressures of war. For 5 consecutive years following the attacks of 9-11, the Army assigned Vinny to command Soldiers, Civilians and Contractors in 5 continents, including combat operations in Operation Iraqi Freedom.

Today, a newly retired Army Major General, Vinny will help your organization develop their leadership competency, bringing his time tested leadership applications to your team. With examples of what worked, what didn’t work and why and with anecdotes from the front lines of combat and the halls of the Pentagon, every person on your team will get tools they can apply right away to insure that their “best gets better.” They will be focused, energized and even more committed to own and tackle the toughest missions together, every day.

Leadership: Make it Your Competitive Advantage
In this new reality of ever fluid change and competitive pressure, organizations have no “extra” people and no “free” time. So how do you maximize the people and time you do have? With leadership–leadership that empowers every teammate with the knowledge and skills to own their piece of their organization. Everyone in your organization is impacted by leadership, it is truly a “core competency” and in this ever adapting competitive environment this competency must be continuously developed. The days of the leader as the font of all knowledge; the “burning bush” of wisdom are passe. What is needed today are organizations that empower their teams to engage more than their hands on a project, there is a need to engage their spirits and their minds as well. Where everyone in the organization helps lead the organization to it’s success.

4-3-2-1 Leadership….Tools You Can Use Now!
Leaders today don’t require “help” that sounds good in a PowerPoint presentation and fades under the heat and pressure of reality. They need tools that hold up when the stakes are high so that they can be better practitioners of their leadership craft. Using his 33 years of experience in leading America’s sons and daughters and providing the right support in the toughest conditions, Major General Boles delivers to your team 10 time and battle tested tools that they can begin using right now to ensure their “best gets better.”

Leading In A Crisis: Tough Times Don’t Build Character…They Reveal It…How will You Handle Your Crisis?
Six weeks before the attacks of September 11, 2001, Major General Boles was a Colonel waiting to pin on his first star and assume the leadership of the Army’s Field Support Command. On 9/11 the unit’s focus went from planning to executing contingencies on a 24/7 basis that none had foreseen. You and your team will discuss:

Chock full of real examples, this presentation will leave your team with a new-found focus and a “we can do this” attitude. They will better prepare your organization to “be prepared.”

Leveraging The Links In Your Supply Chain
Drawing on his 33 years as a career soldier and logistician at every level, Major General Boles will walk through the links in the worlds largest and most complex supply chain from the port to the Pentagon and highlight 4 critical issues that will snag/kink your supply chain:

Providing real world examples of what worked, what didn’t work and why, Major General Boles will lay out a real world depiction of a supply chain in motion. You and your team will have “news you can use” to better optimize your supply chain, whether across town or around the globe. 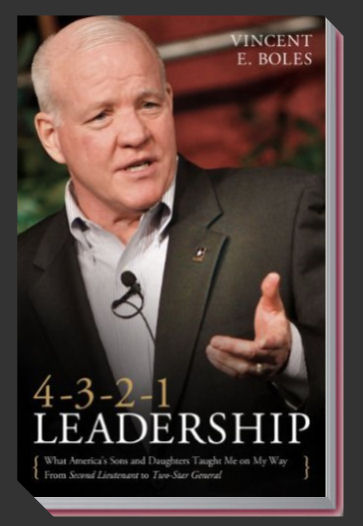