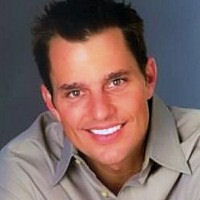 An estimated 27.6 million viewers tuned in to watch Donald Trump say, “You’re hired!” to Bill Rancic on NBC’s hit reality show, The Apprentice. A true entrepreneur, he started his own business to put himself through school. Since becoming Donald Trump’s original Apprentice, Bill Rancic has thrived in both the business and entertainment world. Several years after his introduction to America as Donald Trump’s original Apprentice, Bill Rancic continues his commitment to entrepreneurship throughout the country. Today, he is building businesses, seizing opportunities and sharing his views on how to succeed in business and in life.

Bill recently co-hosted an Emmy nominated television series on A&E titled, We Mean Business and you can now see him on the Giuliana & Bill show on the Style Network. He completed his second book, titled Beyond the Lemonade Stand which was written to help educate and motivate young people around the world about the value of money and how to leverage your skills, talents and abilities at an early age. All proceeds from the sale of this book have gone to charity. Bill’s New York Times best-selling book titled You’re Hired: How to Succeed in Business and Life from the Winner of The Apprentice, which chronicled Bill’s successful life, experience and proven advice.

Currently, Bill is developing real estate in Chicago, producing and appearing in several television programs and speaking to businesses and organizations on motivational and business topics.

The Future of Real Estate in America as We Know It
In a compelling keynote speech, Bill Rancic will share how agility is the key to surviving in these uncertain times in the real estate market. Through stories and personal experiences, he will also focus on why brokers need to think like entrepreneurs today more than ever.

How to Think Like an Entrepreneur in Corporate America
Bill Rancic’s talk on “How to think like an Entrepreneur” is both educational and motivational. He walks the audience through his personal experiences; from starting his own boat wash and wax business to working for Donald Trump. Rancic believes entrepreneurs’ need to learn practical execution, agility, and the ability to take risk to manage it into success.

How to Succeed in Business and Life
Bill’s talk gives the audience a glimpse on lessons he has learned throughout his many business experiences. Some of the lessons are; How to Break from the Pack, Make Each Day Count- Twice, and Separate Your Expectations from your Shortcomings. This motivational speech is packed with advice that audience members can apply to their lives immediately.

How to Use Challenging Times to your Advantage
Knowing your stuff, knowing your boss’s stuff, and knowing your competitor’s stuff will help you get ahead in challenging times. Strategies like Setting the Standard, Rejecting Conventional Wisdom and Thinking like a Big Fish in a Small Pond are topics that Bill will discuss to get you through challenging times.

Award-winning host Bill Rancic has been an instrumental part of the successful nationally-syndicated television show, America Now, as well as the highly-rated program he appears on with his wife Giuliana Rancic, Giuliana and Bill. His life experiences as an entrepreneur, bestselling author and television personality have given him the opportunity to travel the world and experience different lifestyles and numerous cultures.

In 2004, Bill burst on the scene as the first-ever winner of the NBC’s hit show The Apprentice. On The Apprentice, people are forced to make decisions and business and ethical standards are often compromised. With tremendous success that ranges from Main Street to Wall Street, Rancic has had a first-hand look at peoples’ personal and professional codes, choices, values and behaviors. Addressing the many challenges individuals face, Rancic directly relates his discussions to the corporate arena and explores topics such as working professional relationships and surviving the daily ethical challenges in business.

A published author of a New York Times best-selling book, Bill wrote You’re Hired: How to Succeed in Business and Life. This book chronicles Bill’s successful life, experience and proven advice. He continued to make a name for himself as an author by writing Beyond The Lemonade Stand to help educate and motivate young people worldwide about the value of money and how to leverage skills, talents and abilities at an early age. All proceeds from the sale of this book have gone to charity. Bill has also co-authored I Do…Now What with his wife Giuliana Rancic where they share secrets to everlasting love.

Rancic believes that it is necessary for successful people to give back to the community, and he demonstrates this in his volunteer work. Rancic serves as a national spokesperson for the Starkey Hearing Foundation to help SHF on their mission to change the social consciousness of hearing and health care. Much of Bill’s efforts have been focused on helping those in Haiti after the devastating 2010 earthquake. In addition, Bill is a Spokesperson for the Mercy for Boys & Girls, a Chicago-based organization that betters the lives of children and families in need.

Throughout his career Rancic has been blessed with opportunities to meet many leaders in business and politics and has seen the world through the eyes of others. Bill Rancic is a cultured man, with strong messages of leadership, entrepreneurship, dedication and activism. He will enthrall and engage any crowd.