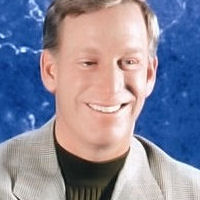 Tom Sullivan lives and works by “Sullivan’s Rules.” Invented by his dad, Porky Sullivan, so young Tommy Sullivan could play baseball with the neighborhood kids, “the rules” became the cornerstone by which the adult Tom Sullivan came to live his life, turning any negative into a positive, turning disadvantage into advantage, playing in every game. In his presentation, Sullivan invites you along on his personal journey of storied accomplishment. Blind since birth, he has achieved a lifetime of goals, becoming a successful as a singer, composer, actor, author and athlete. Never failing to inspire with his story of personal triumph, he helps bring passion and enthusiasm back into people’s lives.Listening to Tom Sullivan is one of the most unforgettable experiences you’ll ever have, like listening to a good friend up on the stage. Investing himself and his own story in every presentation, Sullivan is careful also to tailor his powerful message of hope and possibility for each audience.

Adversity — A Challenge to Opportunity
Most people perceive adversity as a negative human experience. Tom Sullivan uses his life story and his pursuit of excellence as an example of how you can succeed in the shadow of adversity. Tom’s vision has touched audiences everywhere he has spoken.

People and Passion
Human beings seem to be drifting in a period of personal doubt and lack of personal focus, which is not hard to understand in a time of such unprecedented change. Tom believes this comes from a lack of passion in our lives. Tom’s inspiring presentation pumps enthusiasm for personal growth back into the audience.

Y.O.U. (Your Own Uniqueness)
Tom Sullivan believes that every person is special and can express that uniqueness in every element of their lives. From the workplace to the home, from marriage and relationships to personal growth, Tom will impact your audience with his own brand of humor and insight as he reinforces the advantages of your own uniqueness.

Seeing Lessons
In Seeing Lessons’ inspirational 14 Life Secrets, Tom Sullivan shows you how to recognize the defining moments in your life – your turning points – ans use them to become your best self. His refreshing self-improvement program provides a simple road map, encouraging you to tap into your own uniqueness, challenge yourself, and live with passion and a renewed appreciation of life. It reveals how you can live life more fully with all you common senses while embracing the concept of interdependence with your total being – heart, mind, body, and soul. Sullivan explains how by living with pride and loving other people you can bring more meaning and purpose to your life and the lives of others. 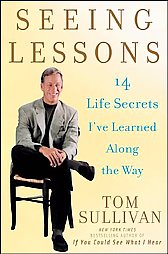