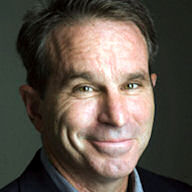 Robert Bryce has been writing about the energy business for nearly two decades. His articles on energy and other subjects have appeared in numerous publications ranging from The Wall Street Journal to The Nation and The Atlantic Monthly to Oklahoma Stripper. An experienced and engaging public speaker, Bryce has spoken to numerous professional and civic groups including the Houston World Affairs Council, American Petroleum Institute, National Association of Attorneys General, and the Bruno Leoni Institute in Rome.

Bryce has also lectured at numerous universities, including the University of Tulsa, University of North Carolina, National Defense University, St. Edwards University, and the University of Texas. Since 2005, he has served as the managing editor of Energy Tribune, an online publication that focuses on the global energy sector, and has appeared on numerous TV and radio programs ranging from the BBC and CNN to PBS and NPR. A respected author on one of the most volatile topics of the day, his first book, Pipe Dreams: Greed, Ego, and the Death of Enron, was named one of the best non-fiction books of 2002 by Publishers Weekly. In 2004, he published Cronies: Oil, The Bushes, and the Rise of Texas, “America’s Superstate.” In 2008, he published Gusher of Lies: The Dangerous Delusions of “Energy Independence.” A review of Gusher of Lies in the New York Times called Bryce “something of a visionary and perhaps even a revolutionary.” His fourth book, Power Hungry: The Myths of “Green” Energy and the Real Fuels of the Future, challenges the current conventional wisdom about the green energy movement.

Gusher of Lies
The Dangerous Delusions of “Energy Independence”
Why is Natural Gas the Redheaded Stepchild of the Energy Business?

Inventing the Future
Five reasons to be optimistic about future energy and power supplies.

The false promises of “energy independence”

Robert Bryce’s articles have appeared in dozens of publications including the Wall Street Journal, New York Times, National Review, Washington Post, American Conservative, The Nation, Counterpunch, and The Guardian. His first book, Pipe Dreams: Greed, Ego, and the Death of Enron, received rave reviews and was named one of the best non-fiction books of 2002 by Publishers Weekly.

Bryce’s second book, Cronies: Oil, the Bushes, and the Rise of Texas, America’s Superstate, was published in 2004. His third book, Gusher of Lies: The Dangerous Delusions of “Energy Independence,” published in March 2008, was favorably reviewed by more than 20 media outlets. The American magazine called Gusher “a strong and much-needed dose of reality.” A review of Gusher by William Grimes of the New York Times said that Bryce “reveals himself in the end as something of a visionary and perhaps even a revolutionary.”

Bryce’s latest book, Power Hungry: The Myths of “Green” Energy, and the Real Fuels of the Future, was published in 2010. In a review of Power Hungry in the Wall Street Journal, Trevor Butterworth called the book “unsentimental, unsparing, and impassioned; and if you’ll excuse the pun, it is precisely the kind of journalism we need to hold truth to power.”

Bryce, who has been writing about the energy business since 1989, spent 12 years writing for the Austin Chronicle. In May 2009, his essay on the corn ethanol scam was included in Food Inc., a book published in conjunction with the hit documentary by Eric Schlosser of the same name. From 2006 to September 2010, he worked as the managing editor of the Houston-based online publication, Energy Tribune. In April 2010, he joined the Manhattan Institute as a senior fellow in the think tank’s Center for Energy Policy and the Environment.

Bryce has appeared on dozens of TV and radio shows that have aired on variety of outlets including the BBC, MSNBC, Fox, and the Australian Broadcasting Corporation. Other appearances include CNN’s Inside Politics, PBS’s The NewsHour With Jim Lehrer, NPR’s Fresh Air with Terry Gross, and Talk of the Nation.

An apiarist, he lives in Austin, Texas with his wife, Lorin, and their three children, Mary, Michael, and Jacob.