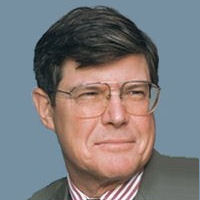 As executive editor of Roll Call, Capitol Hill’s independent newspaper, Morton Kondracke has covered all phases of American politics and foreign policy as both a print and broadcast journalist. With a constant finger on the pulse of America’s political scene Kondracke gives audiences an insider’s look at what’s really going on inside Washington, and is so accurate that in 2006 he won The Washington Post’s Crystal Ball Tournament of Champions Award for correctly predicting the Democratic takeover of Congress, outpacing 10 other previous Crystal Ball winners.

Kondracke brings a unique perspective to the issues of the day, as well as to the political dynamics between the White House and Congress and how their separate agendas will affect the 2012 elections. In addition to his positions at FOX and Roll Call, he writes Pennsylvania Avenue, a nationally syndicated column. In his book Saving Milly: Love, Politics and Parkinson’s Disease, Kondracke chronicles his wife’s battle against Parkinson’s disease. Today he discusses why health care should remain at the top of the national agenda while exploring the health policy issues that matter most to your audience.

A View From Washington
Mort Kondracke gives an up-to-the-minute look at American politics and foreign policy. As a Washington journalist since the early ’60s, Mort’s observations and amusing anecdotes have the weight of his considerable experience. He’ll tell you what’s going on in Washington, how the Obama Administration and Congress are doing and what it means for the 2012 elections. On request he will address your organization’s legislative prospects.

Saving Milly: Love, Politics, and Parkinson’s Disease
In this inspiring and informative presentation based on his The New York Times best seller of the same name, Mort Kondracke gives audiences a glimpse into a side of American life that is usually left behind closed doors. He shares the story of his own family’s struggle with Parkinson’s disease – a debilitating condition that struck his wife in her middle years. Kondracke describes his transformation from careerist to caregiver and disease activist, and explores the realities of “disease politics” in the campaign to find a cure for Parkinson’s and other diseases. He also discusses the need for the U.S. government to re-double its minuscule investment in medical research.

America’s Health Agenda
Mort Kondracke has a special interest and indepth knowledge about the condition of health care in the United States. He discusses why health care should remain at the top of the national agenda, while exploring: health policy, cost containment, Medicare prescription drugs and other issues that are relevant to your audience.

Morton Kondracke has been a journalist for nearly 50 years, 45 of them in Washington, and has covered nearly every phase of American politics and foreign policy. He’s done so in newspapers, magazines and on radio and TV.

In 2006, he won The Washington Post’s Crystal Ball Tournament of Champions Award for correctly predicting the Democratic takeover of Congress, outpacing 10 other previous Crystal Ball winners. He previously won that award in 1994 and was runner-up in 1996.

In April, 2011 Kondracke retired after 20 years as executive editor and columnist for the Capitol Hill newspaper Roll Call and remains with the publication today as senior editor. He now holds the Jack Kemp Chair in Political Economy in the John W. Kluge Center at the Library of Congress where he is researching and writing about the late Jack Kemp’s congressional career, his leadership role during the Reagan era, his presidential campaign and his influence on the Republican Party and the nation. Kondracke also pens a weekly column “Pennsylvania Avenue” on national politics, domestic and foreign policy that is syndicated nationally through United Media.

He has been a regular commentator for the Fox News Channel since October 1996. He was a co-host of the weekly political show,The Beltway Boys and is currently a panelist on Special Report with Bret Baier.

Kondracke was a regular panelist on The McLaughlin Group from the inception of the highly rated NBC/PBS talk show in 1982 until Fox News began The Beltway Boys in 1998.

Kondracke served as a panelist for This Week with David Brinkley on ABC-TV (monthly, December 1984 to March 1988), as a columnist for Wall Street Journal (monthly, 1980 to 1985) and the United Features Syndicate (twice weekly, 1983 to 1985), and as a panelist for the 1984 Reagan-Mondale Presidential Debate on Foreign Policy.

Kondracke was or is an occasional panelist on various shows, including Meet the Press, Crossfire, The NewsHour with Jim Lehrer andVoice of America. He’s had articles published in The New York Times, The Economist, Reader’s Digest, The Washingtonian, and The Weekly Standard. He can be seen in the movies Dave and Independence Day.

Kondracke is on the board of trustees at Dartmouth College, the Parkinson’s Action Network, Communities in Schools for the Nations Capital and the Michael J. Fox Foundation for Parkinson’s Research. He is a graduate of Dartmouth College (A.B. 1960) and was a Nieman Fellow at Harvard University.