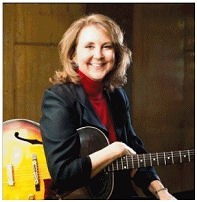 LeeLee Robert – Cowgirl Swing Jazz! Best known for a style she calls “Cowgirl Jazz,” Arizona native LeeLee Robert has crafted a unique sound that pairs elements of jazz and blues music with the storytelling style of western songs. She combines the subtle colors and textures of jazz and blues with the storytelling strengths of traditional western music. High-energy and inspiring!

While hiking in the wilderness near her home in Jackson Hole, Wyoming, she came across a bear. “They’re more afraid of you than you are of them,” she says. “They say that when you come across a bear, you’re supposed to be very calm and slowly walk away, talking softly.” Running across a bear in the wilderness is not an easy situation to handle calmly, but Robert discovered that she has an additional fear reaction to fight or flight: rapping. “I started saying this mantra, ‘I’m cool, you’re cool, we’re cool, yo bear!’” she says. The bear ran away, and Robert went on to write a song (not rap, though) called “Yo Bear.”

Robert, who prefers to go by the stage name LeeLee, has a ton of songs like that from a lifetime of songwriting—songs about all kinds of situations and daily occurrences, like love and the simple pleasures of life. Lately, however, LeeLee has written more of her songs about the great outdoors. “I wrote a song about Wyoming, Arizona, and the sky islands, which are really mountains,” she says. “It’s inspiring.”

It’s no coincidence that LeeLee and her husband Rick Flory operate a conservation foundation called Earth Friends. But it wasn’t always this way. Both Flory and LeeLee have spent a lifetime chasing their dreams and coming to a place where they can both live out their passions as social and environmental contributors—Flory through his work as a conservationist, and LeeLee as a performer and songwriter.

LeeLee’s five CDs are a testament to her being a musician. She is especially proud of her latest work, entitled Best of Friends. “Every song is handpicked from the previous four CDs, which were informally recorded. We used to give them away to people, but“This is the first CD that I’ve done that you can get on iTunes, Amazon, and on my website. It makes me proud to have something like that to give people.”

LeeLee has stumbled across something that the greatest musicians in the world are constantly seeking: a unique musical voice. Having a cohesive musical voice is a symbol of strength, creativity, and artistic integrity, and in the last year, LeeLee has been feeling more confident in a style she appropriately dubs “cowgirl jazz.” “Things simmer for a while, and then they grow, like a flower, and they have everything they need to grow,” she says. “Somehow, my cowgirl jazz style started coming very easily to me last year. I would take some of the old Western tunes that were popular, that people wanted to hear, by singers like Loretta Lyn, Patsy Cline, Tammy Wynette, and somehow I found myself putting jazz chords to them, and putting together jazz arrangements. I really didn’t think that much of it, but then people started coming up to me and saying that they really liked my cowgirl jazz. It was really cool.”

Throughout her life, LeeLee has been attracted to a lot of different styles of music, particularly jazz, folk, and Western music. To her, musical styles are a means to an end. “I look at all the kinds of music there is out there as tools in a toolbox, and the whole idea is to reach down deep inside someone and open their heart,” she says.

LeeLee has always been drawn to strong female singers, like Mary Travers, Billie Holiday, Patsy Cline, and especially Bonnie Raitt. “She has this gutsy, powerful, bluesy, charismatic way about her that thrills me,” says LeeLee. “I thought, wow, maybe I could play some rock ‘n’ roll and some blues and really shout it out.” In her formative years, LeeLee craved strong female role models, and found them in the powerful styles of those early pioneers. She explains. “It isn’t just about pretty music, it’s about a whole range of human emotion to touch people in powerful ways. Bringing in blues, jazz, and rock helps to express that whole range.” 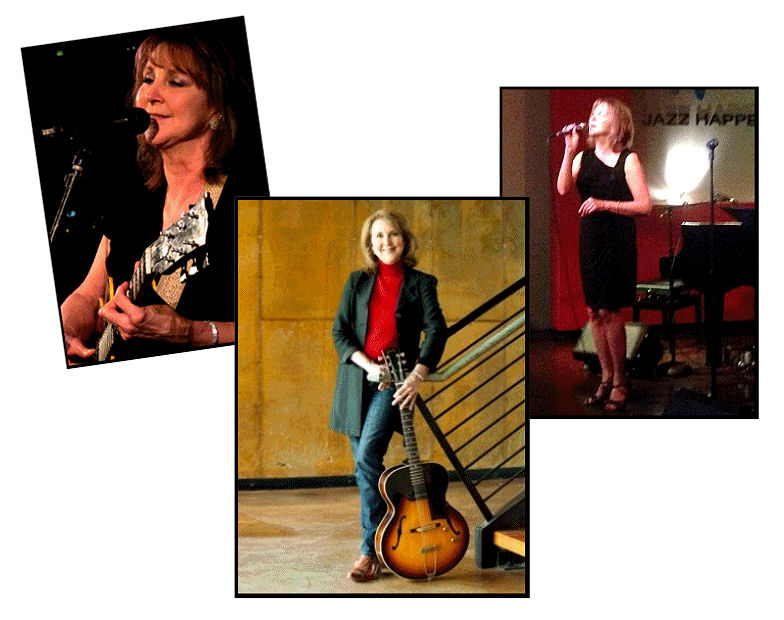 • Cowgirl Jazz:
Take the sophisticated colors and sounds of jazz and blues music and combine it with the stories and lyrics of the west, Cowgirl Jazz can be swinging and danceable or smooth and easy listening as a background ambiance. Western two-step and line dancing instruction can also be provided.

• Jazz Standards:
LeeLee is the singer for a 13-piece Big Band Orchestra at the renowned Fairmont Hotel in San Francisco, and she knows how to put her own spin on the favorite jazz standards. This sophisticated urban sound can be offered as a small Jazz combo, all the way up to a 15-20 piece big band extravaganza.

• Classic Rock:
Want some Classic Rock, Blues and Country to party down to? LeeLee’s Band can rock the house with old favorites from the Eagles, Chuck Berry and Elvis, Bonnie Raitt, and Patsy Cline. This can be a 50’s-60’s themed house band complete with “Girl Group” harmonies.

• Holidays in the Desert:
LeeLee sings favorite Holiday tunes with a bluesy twist along with Western songs to celebrate the Felize Navidad experience.

• Living The Cowboy Code:
This entertaining 30-45 minute program is a great luncheon program or awards banquet. Humorous yet heart warming, LeeLee tells stories and sings songs with your conference theme in mind, she brings home the message that this is the fastest race this horse has ever run

LeeLee has recorded CDs, which are available on iTunes and Amazon. 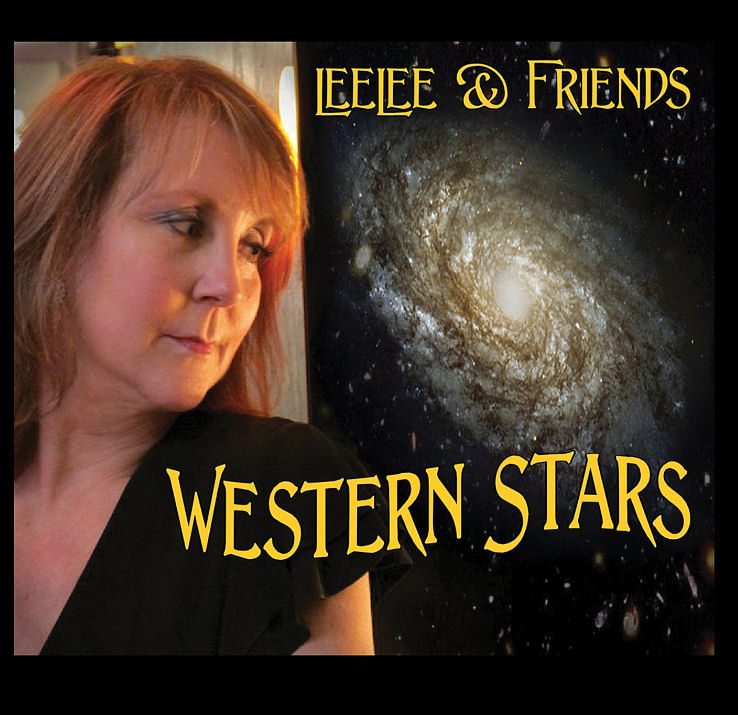 LeeLee RobertLeeLee Robert grew up in Phoenix, AZ, home of the Sonoran desert of the Southwest. Three-part harmony with her brother and twin sister was her favorite child’s play. LeeLee picked up the guitar at 12, wrote her first song at 14, and started her professional singing career at the age of 16, performing in coffee houses and folk clubs.

LeeLee grew up riding horses on weekends with friends, attending rodeos and enjoying singing for special occasion “hayrides.” She eventually graduated from Arizona State University with a B.A. with an emphasis in performing arts.

Over the next two decades she worked as “Lee Robert and Friends” regularly inviting other musicians to join her in a variety of alliances, venues, and musical styles including jazz, country, blues and folk. She eventually worked her way up to singing at the Fairmont Hotel in San Francisco, where LeeLee with Guitarshe worked with a 13-piece orchestra.

In 1986 Lee joined her father, Cavett Robert, in business and pursued professional speaking. Cavett Robert is the founder of the National Speakers Association. Lee created her own niche in the speaking industry by combining public speaking with original music and she performed all over the U.S., England, Finland, Germany, and New Zealand for audiences as large as 25,000 people.

In 1999 LeeLee met her husband, Rick Flory, an entrepreneur and conservationist. She joined Rick in furthering his work promoting conservation and the protection of our environment.

Lee has authored two books: one biography on her father entitled Cavett Robert, Leaving a Lasting Legacy. Her other book is a business book co-authored by Dr. Judith Tingley entitled: Gendersell: How to Sell to the Opposite Sex published by Simon and Schuster.

LeeLee uses songwriting and storytelling to inspire people to connect in a deeper way to themselves and their world. Her love of the western landscape inspires a lot of creativity, and in 2014 she released her seventh CD. You may listen and purchase “Jewel of the West” by clicking on the album cover on the home page! Digital Downloads may also be purchased on Itunes. Her last CD, “Western Stars,” became #9 on the top 30 Cowboy/Western CD charts by Radio DJ’s internationally who reported their playlists to Western Way Magazine.

LeeLee performs regularly at concerts, festivals and gatherings, private events and churches. She is well-known for her “Cowgirl Jazz” music style that combines the subtle colors and textures of Jazz and Blues with the lyric strengths of Western music about laughter, landscape, and love. She is also known for her outstanding ability to connect with an audience through her storytelling.

LeeLee and her husband, Rick Flory, spend half time in Jackson Hole, WY and the other half in Paradise Valley, AZ