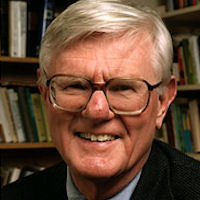 Gordon Wood is Alva O. Way University Professor and Professor of History Emeritus at Brown University and the recipient of the 1993 Pulitzer Prize for History for The Radicalism of the American Revolution. His book The Creation of the American Republic, 1776–1787 won a 1970 Bancroft Prize, and in 2010, he was awarded the National Humanities Medal. In 2011, he was awarded a National Humanities Medal by President Barack Obama and the Churchill Bell by Colonial Williamsburg.

In 2011, he also received the Arthur M. Schlesinger Jr. Award from the Society of American Historians. In 2012, he received an award from the John Carter Brown Library and the John F. Kennedy Medal from the Massachusetts Historical Society. Professor Wood is a fellow of the American Academy of Arts and Sciences and the American Philosophical Society.

The Revolutionary Origins of the Civil War
An analyis of the diverse ways in which the two sections of North and South developed following the Revolution, each of them appealing to the ideas of the Revolution.

Why are the Founders Different
This lecture tries to explain the peculiar circumstances that made the founding generation special, and unlikely to be duplicated.

Why was George Washington a Great Man
This lecture explains why Washington was considered the greatest man in the world in the 1780s. He was not just one of the Founders, he dominated them and they all knew it.

The Invention of Benjamin Franklin
This explains Franklin’s career and how be became the great folk hero for Americans. 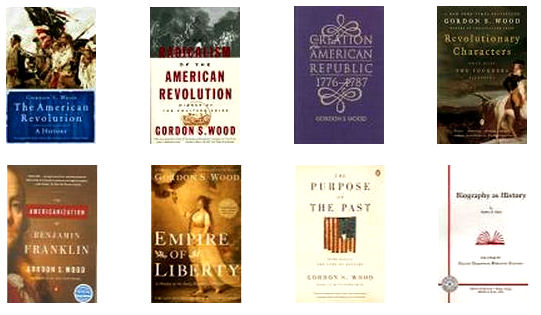 Gordon S. Wood is Alva O. Way University Professor and Professor of History Emeritus at Brown University. He received his B.A. degree from Tufts University and his Ph.D. from Harvard University.

Wood taught at Harvard University and the University of Michigan before joining the faculty at Brown in 1969. He is the author of the Creation of the American Republic, 1776-1787 (1969), which won the Bancroft Prize and the John H. Dunning Prize in 1970, and The Radicalism of the American Revolution (1992), which won the Pulitzer Prize for History and the Ralph Waldo Emerson Prize in 1993.

The Americanization of Benjamin Franklin (2004) was awarded the Julia Ward Howe Prize by the Boston Authors Club in 2005. Revolutionary Characters: What Made the Founders Different was published in 2006. The Purpose of the Past: Reflections on the Uses of History was published in 2008.

Wood’s book in the Oxford History of the United States, Empire of Liberty: A History of the Early Republic, 1789-1815 will be published in October 2009. Professor Wood reviews in the New York Review of Books and The New Republc. He is a fellow of the American Academy of Arts and Sciences and the American Philosophical Society.