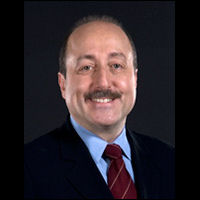 The fear of failure stops more people from succeeding than anything else in the world. Warren Greshes will show you how the difference between smart risk and foolish risk can minimize your fears. Warren is an expert in the area of personal and professional development. His presentations on success, motivation, and sales raise the keynote speech to a form of performance art. His energetic, no-holds-barred delivery offers a unique blend of street smart sales instincts, confidence in every person’s potential, and no-nonsense goal-setting methods.

Provocative and hilarious, thought-provoking and outrageous, Warren is a specialist in personal and professional development. International audiences find his “real world” solutions and views on the global economy right on the money. And his positive and pragmatic message has given thousands the power to overcome obstacles and conquer the world. After beginning his career as a National Sales Manager in the highly competitive Garment District. He tripled sales in just two years.

PROGRAMS
Beat The Recession With Warren Greshes
In this hard-hitting, no-holds-barred 90 minute presentation Warren will show your company:

Make My Life Easier: What The 21st Century Client Really Wants
In this frequently requested keynote address, Warren Greshes will inspire and show your audience how to differentiate themselves from the competition by becoming the kind of expert, advisor and resource, the 21st century client is demanding.

Effective Prospecting Skills: Don’t Count The Yes’s, Count The No’s
In this pragmatic, powerful program, Warren will show your audience how to get in the door on a more consistent basis; how to handle the rejection that stops most salespeople from being successful, and how to understand your success ratios for the purpose of formulating an effective activity plan.

The Leading Attitude
In this informative, real-world program, Warren will give you the ideas and solutions that will enable you to “install the self-starting generator” and create self-motivated, productive team members.

The Three S’s of Success
In this high energy shot of inspiration and motivation, Warren Greshes shows audiences how to create a vision, direction and sense of purpose for their life, career or business. 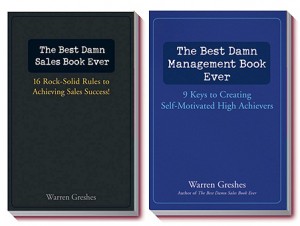 Warren Greshes is a serial entrepreneur. As an internationally acclaimed professional speaker, best-selling author, broadcaster, podcaster, educational products producer and former minor league baseball team owner, Warren has been traveling the world for the past 25 years building his brand.

As a speaker, Warren is an expert in the areas of sales, motivation, leadership, customer retention and personal and professional development. He has addressed corporate, association and small business audiences all over the world. Some of his corporate clients include: Bridgestone/Firestone, Hewlett Packard, CNET and Coca Cola. Warren has also spoken in front of some of the largest and most prestigious organizations in the world, including The Million Dollar Round Table, The National Association of Realtors, Sales and Marketing Executives International and the Asia Pacific Life Insurance Congress.

As a broadcaster Warren’s show, “So Who’s Stopping You,” ran on AM radio and over the internet on the World Talk Radio Network for two years. He produced a weekly podcast series, “The Monday Motivational Minute,” listened to by thousands of people throughout the world. And now, March 2011 brings the premiere of Warren’s YouTube TV series, “Move Your Ass Monday!” a title that speaks for itself.

Warren has produced audio and video programs in the areas of sales, success, customer service and time management, including the award-winning, “Supercharged Selling: The Power to be the Best.” His book, “The Best Damn Sales Book Ever: 16 Rock Solid Rules for Achieving Sales Success,” published by John Wiley & Sons has been a business best-seller and is available throughout the world. His new book, “The Best Damn Management Book Ever: 9 Keys to Developing Self-Motivated High Achievers,” is in bookstores everywhere across the nation.

Warren has served on the board of directors of the National Speakers Association, and in 1998 was awarded their highest designation when he was inducted into the Speaker’s Hall of Fame.