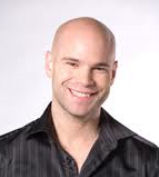 Jeremy Bennett believes that all success starts with a thought. It’s how we treat and nurture that thought that will determine what we attract into our lives. Holding a degree in Psychology from St. Francis Xavier University, Jeremy Bennett is an avid researcher of different supernatural subjects including psychic ability, clairvoyance and Ufology. He recently starred in “Supernatural Investigator” in which he traveled throughout England and the United States, investigating a subject known as Chaos Magick. He is the Co-Chair of the Canadian Qigong and Chinese Medicine Congress and star of “Believe,” a made for television special  that was broadcast internationally. He is also in production of “Occam’s Razor”, a 13 part documentary series that will be filmed throughout China, Japan, Africa, the U.K. and the U.S. In this show Jeremy will investigate different supernatural subjects including crop circles, psychic ability, telekinesis, remote healing, Ufology, faith healing, spirits, and many other topics.

Jeremy recently wrote Odd Close Darkness: How I Overcame OCD which chronicles his severe struggle growing up with Obsessive Compulsive Disorder and what he did to help himself face and deal with his disorder.

Success
All success starts with an idea. How we treat and nurture that idea is what will make or break the level of success achieved. Jeremy has a B.A. in both Psychology and Philosophy. He is also currently starring in two international television series. He has worked with government departments, universities, colleges and community service organizations who seek to understand the true nature and power that the thinking process has in achieving success. If you want results, want to learn how to think like the wealthy, and want to learn the most effective way to attract business, wealth, and happiness, then this is your guy!

The Supernatural
Jeremy also travels the world investigating different paranormal activity. From underworld psychic ability in San Francisco to real live chaos magick rituals in London, England, he studies and travels with some of the most renowned and respected supernatural researchers in the world. He stars in an episode of Supernatural Investigator, a 17-part national television series that explores the supernatural.

Illusions of the Mind
Do you want to challenge the way you think? Do you want entertainment that really stimulates the mind? Jeremy is known as one of the most thought provoking psychological illusionists ever to hit the stage.

The Power of The Mind & Attracting Business

The Power of The Mind & Positive Thinking

The Power of The Mind & Peace of Mind

The Power of The Mind & The Law of Attraction

The Power of The Mind & How I Overcome OCD 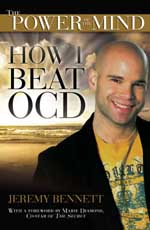